Ships and corporations have legal standing. Should ecosystems? 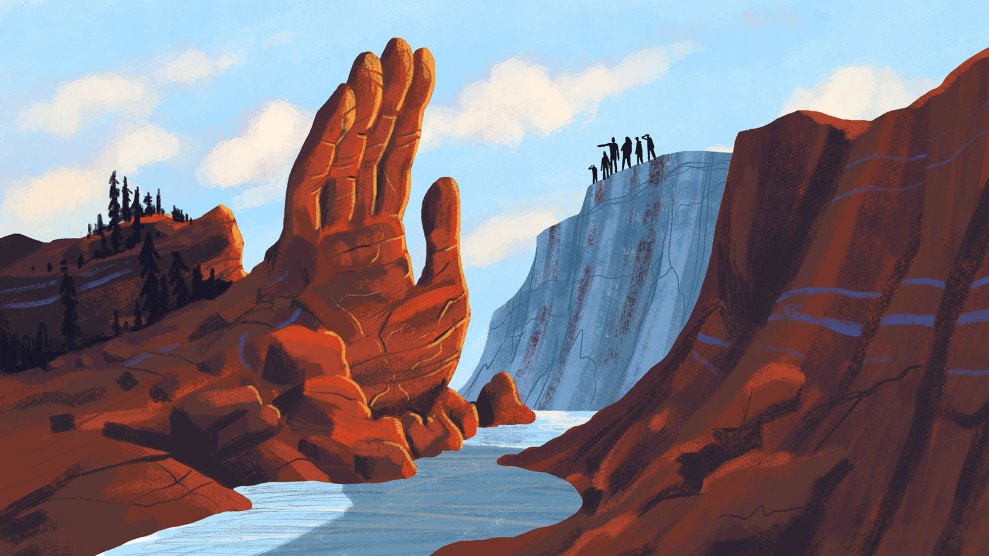 In the summer of 2014, officials in Toledo, Ohio, announced that the city’s tap water was no longer safe to drink. A toxic algae bloom caused by fertilizer runoff had poisoned Lake Erie, the primary water source for the area’s half-million residents, sickening more than 100 people. Stores emptied of bottled water within hours. For three days, “it was just total panic,” recalls Markie Miller. “People were fighting over it.”

Miller joined Toledoans for Safe Water, a group of residents who had been trying to convince officials to clean up the lake, to no avail. Then, in late 2015, members of the group attended a presentation put on by the Community Environmental Legal Defense Fund about advancing the “rights of nature”—the idea that eco­systems, like humans, have legal rights.

After the presentation, some Toledoans met in a pub and drafted the Lake Erie Bill of Rights. This past February, voters chose to amend the city charter to grant the lake the right to “exist, flourish, and naturally evolve.” The amendment allows any resident to sue governments or businesses that infringe upon the lake’s rights—for example, by polluting it with fertilizer.

Toledo isn’t the only place to recognize the rights of nature. In 2006, Tamaqua Borough, Pennsylvania, passed an ordinance to prohibit corporations from dumping waste sludge into nearby open-pit mines by mandating that any resident could sue to vindicate the “rights of natural communities and ecosystems.” Since then, more than three dozen communities across the United States have adopted similar measures. In 2018, the White Earth Band of Ojibwe, a Native American nation in Minnesota, codified the rights of manoomin, or wild rice, to “flourish, regenerate, and evolve.” As Casey Camp-Horinek, an environmentalist and matriarch of the Ponca Nation in Oklahoma, points out, the rights-of-nature movement “simply recognizes what the indigenous people have always been a part of: the natural cycle of life belonging to all living things, not just humans.”

The White Earth Band of Ojibwe codified the rights of manoomin, or wild rice, to “flourish, regenerate, and evolve.”

Outside the United States, Ecuador wrote the rights of nature into its constitution in 2008. In 2017, a court in India ruled that the Ganges and Yamuna rivers have the same legal standing as people (the ruling was later overturned). The Whanganui, New Zealand’s longest navigable river, has legal standing under a law passed that same year.

Rights-of-nature laws often work by appointing a guardian to advocate for a particular ecosystem or natural feature, much like a parent represents a child’s interests in court. The guardian can sue on the ecosystem’s behalf. If the ecosystem is awarded damages, the money might go into a trust dedicated to funding its restoration. MORE A global movement to give nature rights is growing in the face of a mass extinction eventdriven by climate change and human over-use of the natural world.

Recent assessments show one third of freshwater fish species under threat of extinction alongside at least one quarter of local livestock breeds, and large numbers of the bees, bats and birds which pollinate crops. Linked to the decline of species, in the last two decades alone around 20 percent of the land we use to grow food has become less productive. Responding to these and other threats to nature, as well as high-profile campaigns like Extinction Rebellion, initiatives are increasingly taking root from the United States to India, and Ecuador to Bolivia, Turkey and Nepal, that give rights to nature.

They aim to respect and protect the living environment, and change how human society relates to its own supporting biosphere. In February 2019 voters in Toledo, Ohio, approved a ballot to give Lake Erie, suffering heavy pollution, rights normally associated with a person. But the story which brought this shift to international attention was the tale of a river in New Zealand.

On March 20th, 2017, the New Zealand government passed legislation recognizing the Whanganui River as holding rights and responsibilities equivalent to a person. The river – or those acting for it – will now be able to sue for its own protection under the law. This was no overnight innovation; it was the culmination of two centuries of physical and legal struggle by the Whanganui people against colonial control of the river and its water, including eight years of intensive negotiation.

The final settlement is considered one of the best examples of using existing legal structures and concepts to protect nature. It also prescribes an unusually advanced form of collaborative governance that may inspire others and prove useful for rapid transition in the face of climate change. Accepting a non human part of nature as a legal entity requires a conceptual shift away from placing humanity at the centre of everything. This understanding could generate other legal changes handing power to other parts of our natural world. MORE