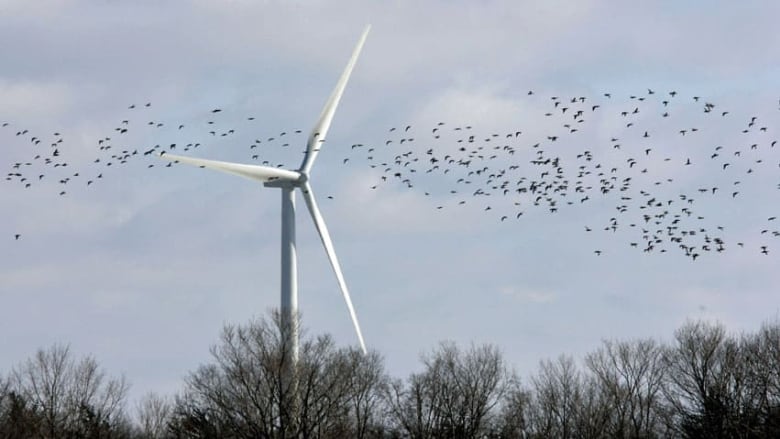 The spending was revealed Tuesday in question period by the opposition NDP, who accused the Ford government of throwing away money on scrapping energy projects as the Liberal government did earlier in the decade.

The province’s public accounts for 2018-19 show spending of $231 million by the Ministry of Energy on unexplained “other transactions.”

Inquiries by an NDP researcher uncovered that these “other transactions” were “to fulfil a government commitment to wind down renewable energy contracts” including the White Pines wind farm in Prince Edward County.

Premier Doug Ford promised that electricity ratepayers would not be on the hook for scrapping the wind farm, which was one of the first acts of his government after taking power in June 2018. 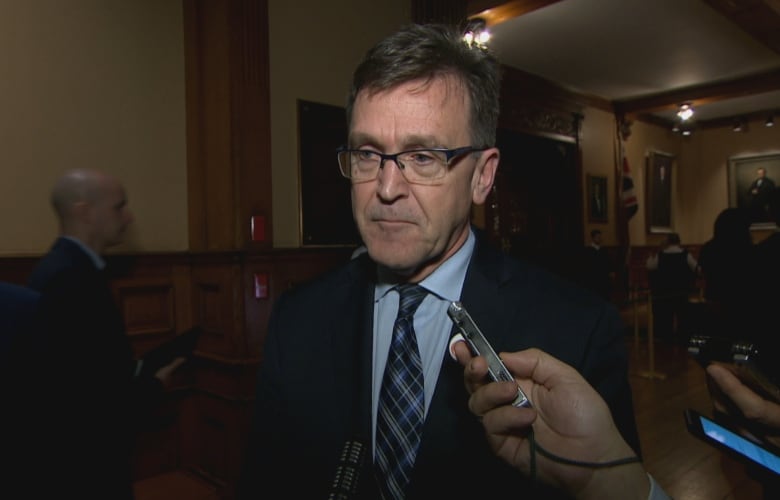 Bill Walker is associate minister of energy in the Ford government. (CBC)

“Wasting $231 million to cancel hydro contracts is the sort of thing the previous Liberal government did during the gas plant scandal,” NDP energy critic Peter Tabuns said on Tuesday.

The associate minister of energy, Bill Walker, said the province didn’t need the power from the White Pines project but didn’t deny the cost of the cancellation.

“This municipality was an unwilling host from day one, they did not want the turbines, we did the right thing,” said Walker in question period.

Walker pointed to actions of the previous Liberal governments, whose moves to cancel gas plants in Mississauga and Oakville ended up costing upwards of $1 billion, according to the province’s auditor general.

The NDP researcher had to resort to a roundabout way of confirming that the $230 million listed on the 2018-19 books was spent cancelling energy projects. When government officials did not reply to his queries about the “other transactions,” he asked legislative library staff to find out.

“Total compensation for the termination of the White Pines Wind project is within the above amount and is still to be finalized, as there are a number of activities, such as decommissioning, that need to take place.”  MORE

“…cranes started arriving last month to tear down wind turbines that were just built and ready to be switched on. The project was more than a decade in the making and was expected to produce enough energy to power more than 60,000 homes…”

Council declared a Climate Emergency and then did nothing

Last night several Prince Edward County citizens protested Council’s lack of progress in developing a plan to help mitigate the effects of climate change and protested Council’s stance as an ‘unwilling host’ for renewable energy development in the County in a climate emergency.

Here are their presentations:

“We will persist and we will continue to grow in numbers. We will never give up on the vision of one day having a wind farm in the County; and someday in the future to be able to boast proudly that we are a part of the movement forward.”— Jenn Ackerman

The Ontario government has introduced a regulation laying out the plan for decommissioning the White Pines Wind Project in Prince Edward County, which promises the company contracted by the previous Liberal government to build the wind farm compensation.

Last year, Ian MacRae, president of wpd Canada, the developer behind the project, told The Canadian Press that reneging on the contract would cost the government more than $100 million.

Wpd Canada had worked out a deal with the Liberal government in 2009, but in early July 2018, within a month of being elected, the Progressive Conservative government announced it would be backing out of the contract.

Although the White Pines Wind Project Termination Act came into effect in July 2018, on July 3, 2019, the provincial government passed a regulation that entitles wpd to receive compensation for “eligible costs.” MORE