The 45,000-square-foot facility here is the first new electric bus plant to open in Ontario in a generation. 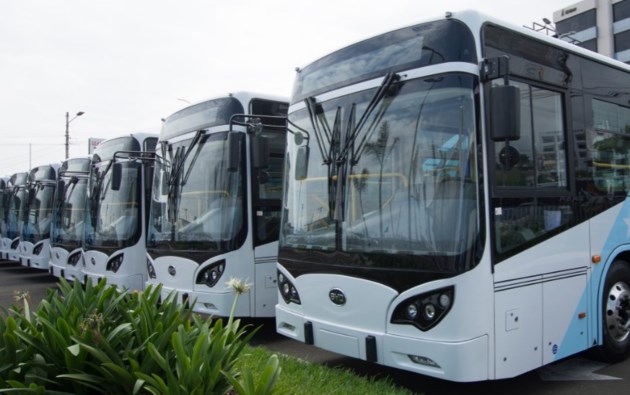 Newmarket will be the first Canadian assemby site for BYD (Build Your Dreams), which manufactures zero emission buses. Supplied photo

BYD (Build Your Dreams) has expanded its North American operations with the opening of its first bus assembly plant in Canada. The 45,000-square-foot facility in Newmarket is the first new electric bus plant to open in Ontario in a generation.

“We are dedicated to partnering with municipalities across Canada, and we are passionate about our mission to create a cleaner environment here in North America and across the globe,” said BYD President Stella Li.

While the Newmarket facility is BYD’s first Canadian assembly plant, the company is already active in the Canadian market with buses on order (or in operation) in Toronto, Victoria, Longeuil, St. Albert and Grand Prairie. The new plant will first focus on assembling buses for the Toronto Transit Commission, the country’s largest transit operator. The agency will receive 10 pure electric buses with an option for 30 more.

According to the U.S. Department of Transportation, each zero-emission bus like those manufactured by BYD, eliminates approximately 10 tons of nitrogen oxides, 350 pounds of diesel particulate matter, and approximately 1,690 tons of CO2 over the 12-year lifecycle of the vehicle.

“We’re proud to establish a home in Canada; it re-affirms our commitment as a company to be rooted in this country and in this province,” said Ted Dowling, Vice-President, BYD Canada. “We look forward to creating new partnerships across the nation.”