From Teck’s mine to the Wet’suwet’en blockade, grown-up decisions face the PM. 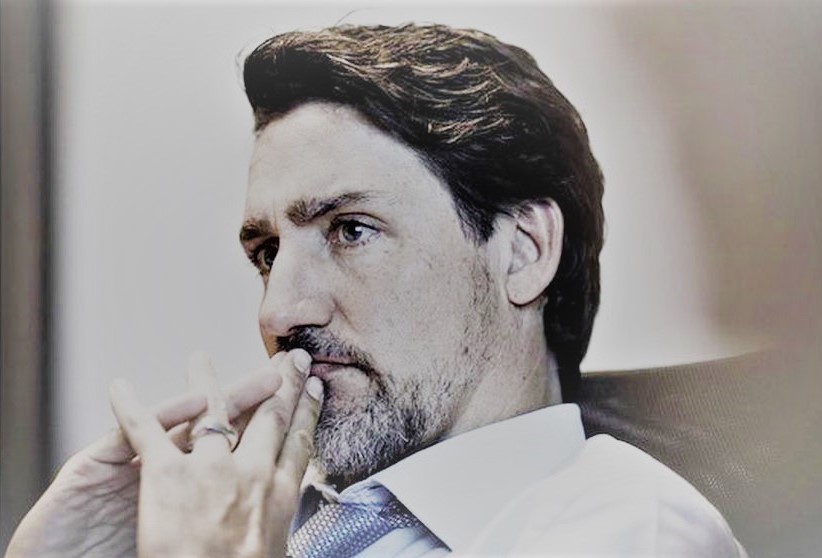 Some big B.C. issues will reveal whether Trudeau got the message after losing his majority and 27 seats, six in B.C. Photo by Adam Scotti, Office of the Prime Minister.

….British Columbia is at the centre of some of the biggest issues that will reveal whether Trudeau got the message after losing his majority and 27 seats, six of them in B.C., in the last election.

The early signs are not reassuring. Although the Trudeau government has said that it continues “to walk the road of reconciliation” with Indigenous Peoples, that is a hard sell in B.C.

A collision on the West Coast is coming between two competing views: A B.C. Supreme Court injunction forbidding the chiefs from denying workers entry to their job site; and the right of the Wet’suwet’en to oppose a project through their territory that they never signed off on.

The PM can’t leave it all to Premier John Horgan to de-escalate the standoff through interlocutors like former NDP MP Nathan Cullen, now a political consultant with StrategyCorp. Given Trudeau’s often-repeated personal interest in the reconciliation file, he will have to walk the walk, after having talked the talk through the megaphone of his fame. A tattoo can only take you so far.

How serious on climate crisis?

One of the reasons the Liberals lost nearly a third of their seats in British Columbia in 2019 is the subpar grade voters gave the PM on his commitment to fight climate change.

With Trudeau’s continued backing for the Trans Mountain Pipeline, a commitment virtually impossible for him to back away from now that he has literally bought in, it is only a matter of time before B.C. protesters, including Indigenous land protectors, confront construction workers on that mega-project.

Does Trudeau send in the Mounties, or maybe even the military, cite white man’s law, or find a way to defuse this ticking time bomb in keeping with a man who says that reconciliation is his most important file?

These particular flash points rest on the bedrock of years of failure on both a new governance structure that would create a third order of government, and the question of land title. No politician of any party has had the courage to face, let alone say and act on that.

Another challenge to the PM’s stated commitment to step up the battle on climate change is fast approaching in Alberta. Will Trudeau greenlight a vast, new bitumen mine in the tarsands by Vancouver-based Teck Resources, a facility “twice the size of Vancouver?”

The $20.6-billion Frontier mine project might put a smile on Alberta Premier Jason Kenney’s face, but it would wipe out any chance of Trudeau meeting Canada’s “net-zero” emission targets by 2050. It would also turn him into an eco-hypocrite faster than Donald Trump can tell a lie.

Since a federal/provincial review panel has already decided that the Frontier mine is good on balance, the ball is now in Trudeau’s court. February is the month of decision. What will it be for environmentalists — a Valentine or a rude awakening?

Given what the federal government has just done on the East Coast, there is at least faint hope that the PM could stop the Frontier mine in the interests of the environment, and stepping away from the further development of fossil fuels.

The Canada-Newfoundland and Labrador Offshore Petroleum Board has just revoked the license of Corridor Resources to drill for oil and gas on the “Old Harry” structure in the Gulf of St. Lawrence.

The 30-kilometre by 10-kilometre area is a potentially rich source of natural gas. It is also part of the Laurentian Channel, the southeast entry point into the Gulf, and an important feeding and migratory area for endangered whales and the leatherback turtle.

The project has attracted passionate opposition because of the potential damage to many species, including the right whale and the blue whale. Activist Mary Gorman broke the good environmental news this way on social media: “The Gulf of St. Lawrence at this moment in history has no petroleum leases. Godspeed, it stays that way.”

…Before someone wins the Stanley Cup, Canadians will have a pretty good idea of whether the PM has changed, or the Shiny Pony has just learned a few new tricks.

Just watch what he does, not what he says. SOURCE