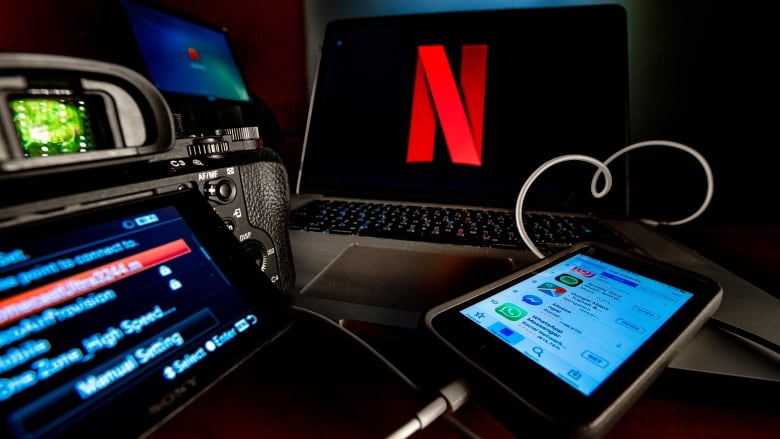 Streaming services and other cloud-based apps are placing growing demands on data centres in Canada and abroad. (Craig Chivers/CBC)

For those of us binge-watching TV shows, installing new smartphone apps or sharing family photos on social media over the holidays, it may seem like an abstract predicament.

The gigabytes of data we’re using — although invisible — come at a significant cost to the environment. Some experts say it rivals that of the airline industry.

And as more smart devices rely on data to operate (think internet-connected refrigerators or self-driving cars), their electricity demands are set to skyrocket.

“We are using an immense amount of energy to drive this data revolution,” said Jane Kearns, an environment and technology expert at MaRS Discovery District, an innovation hub in Toronto.

“It has real implications for our climate.”

Tech companies in Canada and abroad, however, are coming up with innovative solutions to curb the growing problem. 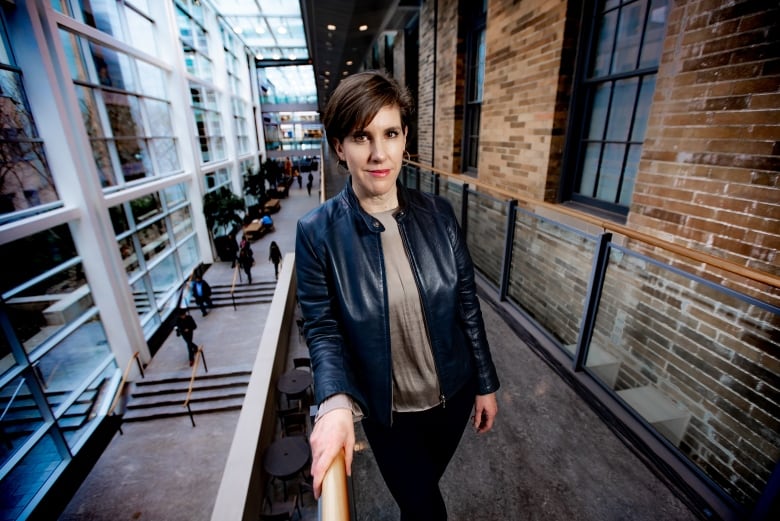 It’s not the gadgets themselves that are drawing so much power, it’s the far-flung servers that act as their electronic brains. Although often described as the “cloud,” the servers exist in real-world data centres, which Kearns calls “massive energy hogs.”

The data centres, often bigger than a football field, house endless stacks of servers handling many terabytes (thousands of gigabytes) of digital traffic. Just as laptops tend to warm during heavy usage, servers must be cooled to avoid overheating. And cooling so many machines requires plenty of power.

How much power does it take?

Anders Andrae, a researcher at Huawei Technologies Sweden whose estimates are often cited, told CBC News in an email he expects the world’s data centres alone will devour up to 651 terawatt-hours of electricity in the next year. That’s nearly as much electricity as Canada’s entire energy sector produces.

And it’s just the beginning. 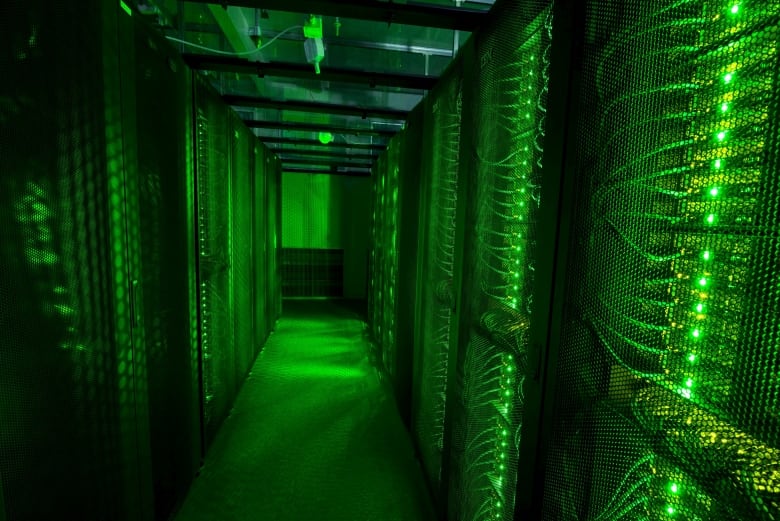 Andrae’s calculations, published in the International Journal of Green Technology, suggest data centres could more than double their power demands over the next decade. He projects computing will gobble up 11 per cent of global energy by 2030 and cloud-based services will represent a sizeable proportion of that.

“This will become completely unsustainable by 2040,” Andrae wrote.

So, what’s driving the increased demand for data? Streaming video is currently the biggest culprit, with platforms like Netflix and Amazon Prime Video eating up 60.6 per cent of all internet traffic, according to network analytics firm Sandvine, headquartered in Waterloo, Ont. And streaming video usage is only growing.

But higher-speed 5G cellular networks, more widespread artificial intelligence and the nascent Internet of Things, such as smart home devices, are guaranteed to send data demands through the roof. Autonomous vehicles, for instance, require a constant flow of information to stay on the road.

The information and communications technology sector as a whole is thought to be responsible for two to three per cent of global greenhouse gas emissions — roughly on par with the often-criticized airline sector.

However, data-voracious tech giants are pledging to clean up their act. Amazon Web Services is the market leader in providing cloud computing to other companies. AWS, as it’s known, says it exceeded 50 per cent renewable energy usage in 2018 and has committed in the “long term” to exclusively use clean power sources, such as wind.

Finding green solutions “is not just something that’s nice to do,” said Marc Musgrove, a spokesperson for Digital Realty, a California-based company that operates data centres around the world. “It’s an imperative” demanded by the company’s clients, including Facebook. 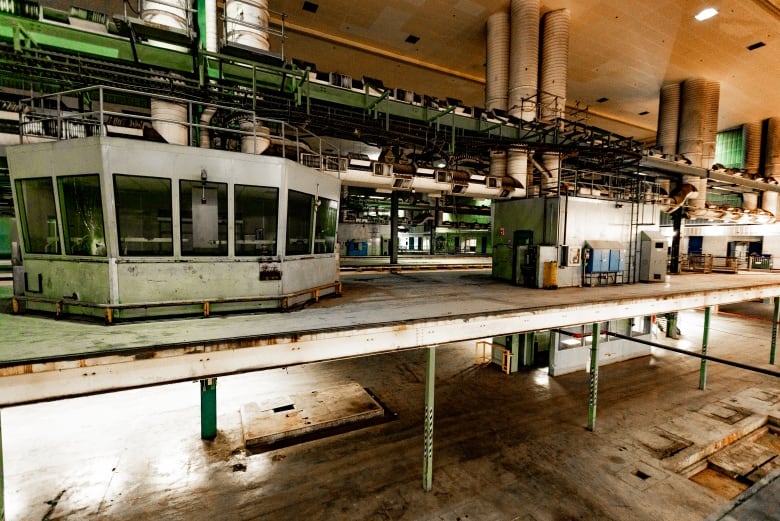 Digital Realty’s 675,000-square-foot Toronto-area data centre formerly housed the Toronto Star’s printing press. In a bid to go green, the facility cools its machines for much of the year with fresh air-based systems. Heat exchange wheels installed on the building’s roof take outdoor air and push it down, to cool the warmer air in the server rooms.

It’s part of the reason Digital Realty set up shop in Canada. Environmental considerations “work well in this kind of climate,” Musgrove said.

Indeed, countries with cooler weather, such as Iceland and Ireland, have been investing in the sector to attract data centres. Canada is eager to get a slice of the growing pie as well.

The Department of Natural Resources says data centres already consume about one per cent of all electricity used in Canada, and the demand keeps growing.

But there are also homegrown energy solutions in the works.

Kearns, a vice-president at MaRS in Toronto, said the country’s tech firms are “absolutely on the cutting edge” in developing greener solutions to data management.

She pointed to Waterloo, Ont.-based Smarter Alloys, which is developing technology that recovers the kind of low-level heat emitted from large server facilities, a possible source of renewable energy.

The process “has the potential to make real positive impact on reducing carbon emissions with a cost-effective solution,” CEO Ibraheem Khan said in 2018, when Smarter Alloys was named as a finalist for an Ontario clean energy prize.

In Ottawa, Ranovus is taking a different approach, focusing on expanding the information transmission capacity within data centres to cut down on energy demands. 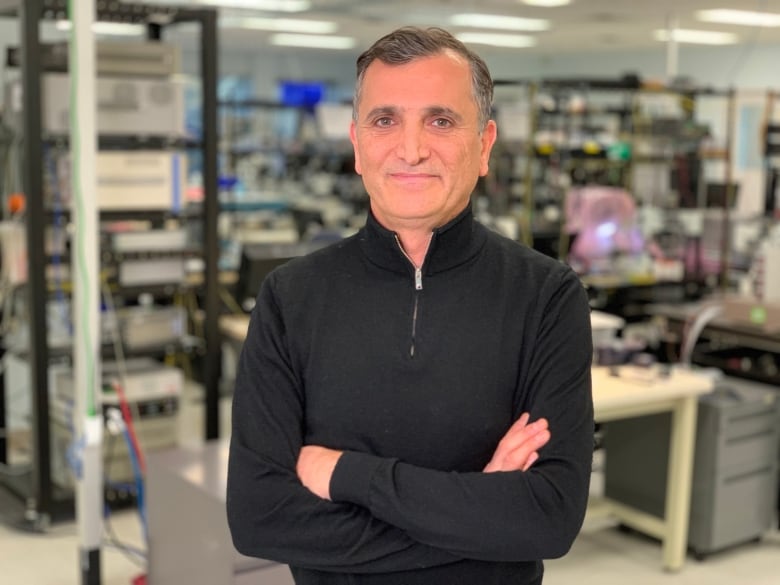 Hamid Arabzadeh is chairman and CEO of Ranovus, an Ottawa-based technology firm that’s working on making data transfers more efficient to cut down on the amount of energy required. (Thomas Daigle/CBC)

At the company’s headquarters in the Kanata North innovation district, more than 40 staff are fine-tuning cutting-edge solutions, including what Ranovus calls the “quantum dot multi-wavelength laser,” which relies on microscopic technology to multiply the speed and capacity of data transfers.

The approach could reduce the amount of energy required for mass data transfers by 80 per cent, cutting costs dramatically.

Arabzadeh said the firm’s clients, who are mainly on the U.S. West Coast, are aiming for “undisrupted access to unlimited data with no latency.”

As the demand for bandwidth — and the pressure on data centres — grows, users should see no reduction in the quality of their experience, he said.

“But underneath… there’s a lot of work being done.”