When oil and gas companies drill wells on private property, they enter into a contract with landowners to pay an annual fee — rent for the land.

However, when companies don’t pay, landowners can apply to a government tribunal — called the Surface Rights Board — that steps in and pays the rent using taxpayer money. The government is supposed to recoup that money from the companies, so taxpayers aren’t footing the bill.

“The vast majority of operators [whose rents are being paid by taxpayers] are in bankruptcy proceedings, receivership or insolvent,” Mike Hartfield, spokesperson for the Surface Rights Board, told The Narwhal.

The Narwhal reported in January that Alberta recouped less than two per cent of all money paid on behalf of delinquent oil and gas companies in 2017 . MORE

Landowners are supposed to get paid for wells on their property, but companies are increasingly defaulting, which means the Alberta government ends up picking up the tab. An investigation by The Narwhal reveals the province is almost never recouping these costs 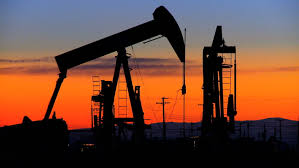 “That guy’s gone broke I don’t know how many times,” he told The Narwhal. “[The regulator] still lets him start over again.”

Nelson, a director with the Alberta Surface Rights Federation — a group of landowners concerned about oil and gas activity on their land — wasn’t having it.

So Nelson did what many farmers do in this situation — he filed an application to Alberta’s Surface Rights Board. The Surface Rights Board is a tribunal that uses taxpayer money to reimburse landowners what they are owed by oil and gas companies. MORE