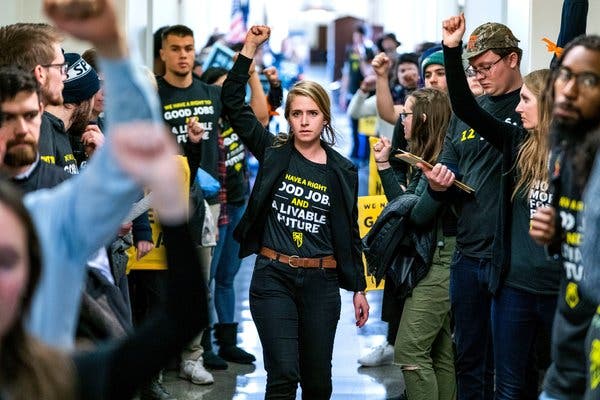 Everyone is lining up to endorse the Green New Deal — or to mock it. Kamala Harris, Cory Booker, Bernie Sanders, Elizabeth Warren and Kirsten Gillibrand have all endorsed the resolution sponsored by Representative Alexandria Ocasio-Cortez of New York and Senator Edward Markey of Massachusetts.

Conservative critics predictably call it “a shocking document” and “a call for enviro-socialism in America,” but liberal condescension has cut deeper. The House speaker, Nancy Pelosi, essentially dismissed it as branding, saying, “The green dream, or whatever they call it, nobody knows what it is, but they’re for it, right?” Others have criticized it for leaving out any mention of a carbon tax, a cornerstone of mainstream climate-policy proposals, while embracing a left-populist agenda that includes universal health care, stronger labor rights and a jobs guarantee.

What do these goals have to do with stabilizing atmospheric carbon levels before climate change makes large parts of the world uninhabitable? What has taken liberal critics aback is that the Green New Deal strays so far from the traditional environmental emphasis on controlling pollution, which the carbon tax aims to do, and tries to solve the problems of economic inequality, poverty and even corporate concentration (there’s an antimonopoly clause).

But this everything-and-the-carbon-sink strategy is actually a feature of the approach, not a bug, and not only for reasons of ideological branding. MORE