When our peers take actions to preserve the planet, we’re more likely to follow suit. How the human instinct to conform could help us address the climate crisis. 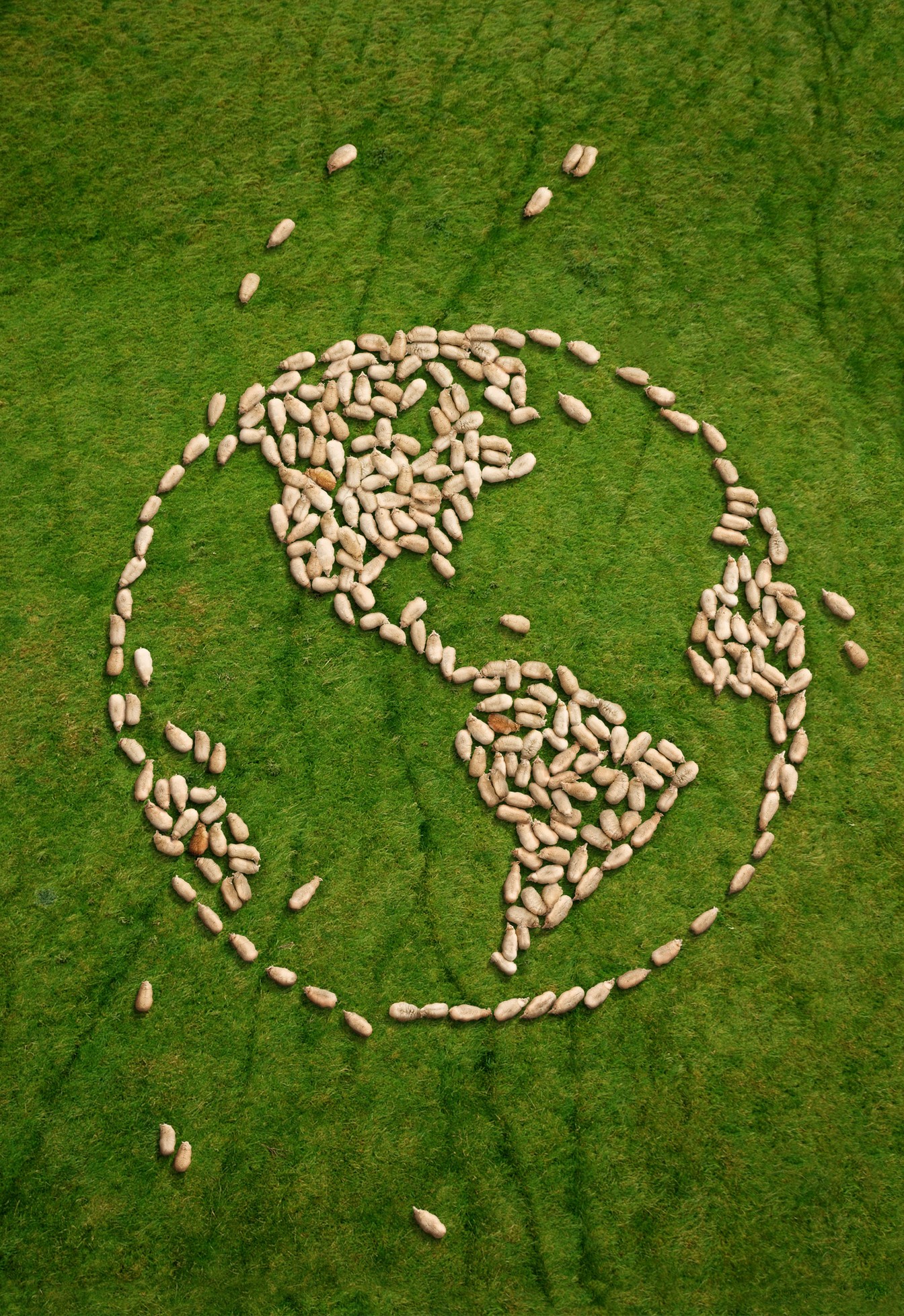 t is worse, much worse, than you think,” reads the frightening first sentence of The Uninhabitable Earth, David Wallace-Wells’s comprehensive account of what researchers have discovered about our planet’s climate trajectory. The severity of the crisis, he goes on to note, has made some climatologists reluctant to describe its full extent, fearing that such candor might make the challenge we face seem hopeless. The concern is understandable: Previous warnings of impending peril have done little to alter either individual behavior or public policy.

More than half of the carbon dioxide added to the atmosphere since the dawn of the industrial age was put there by humans after 1988, the year the climatologist James Hansen testified before Congress that a dangerous warming trend was already well under way. Worldwide, emissions continue to increase, as floods, droughts, famines, and wildfires become more frequent and more intense. This century has already been responsible for 19 of the 20 hottest years on record. According to the federal government’s 2019 Arctic Report Card, rapidly melting permafrost now threatens to create feedback loops that would release much of the 1.5 trillion metric tons of carbon it holds—roughly twice the amount already circulating in the atmosphere.

Even now, there is much we could do to parry the climate threat. We could enact stiff carbon taxes and mandate an accelerated phaseout of fossil fuels. We could undertake massive investments in renewable-energy sources, launch large-scale reforestation, and alter the mix of foods we eat. We could rush to develop scalable methods of carbon capture and sequestration. Yet on all of these fronts, we are taking only minimal action. The politics around climate change remain intractable, and human nature itself seems ill-suited to the challenge: Putting off solving the problem—or hoping it will somehow just go away—is easier than confronting it. “Call me a pessimist,” Jonathan Franzen wrote in a grim and widely read New Yorker essay on the climate crisis, “but I don’t see human nature fundamentally changing anytime soon.”

Having written periodically about climate issues for more than a decade, I have followed the scientific literature on the subject closely, and I understand the fatalist view that the window for an effective response is rapidly closing. But in the process, I’ve also arrived at a more hopeful perspective, one rooted in another side of human nature. Properly stoked and channeled, our instincts could help support a different trajectory.

Radical change can happen swiftly. I’m happy to report that none of my four adult sons is a smoker. But if they’d grown up when I did, I suspect that at least two of them would have taken up the habit. When my own stint as a smoker began—at age 14, in 1959—many of my friends had already been smoking for several years. My parents didn’t want me to smoke, but because they were smokers themselves, their objections rang hollow. At the time, more than half of American men and almost 30 percent of American women smoked. In some circles, it was just something that most people did.

Today, fewer than 15 percent of Americans smoke. Given the difficulty of quitting, few people imagined that such a precipitous reduction in smoking rates could occur so quickly. The decline was rooted in collective measures American society took to discourage the habit. States and the federal government raised taxes on tobacco products. In the ’50s, a pack of Camels could be had for as little as 25 cents in some locations—about $2.17 in today’s dollars. In many areas today, taxes have pushed that price close to $10. In New York City, a pack of cigarettes cannot be sold legally for less than $13. By the 1990s, many cities and states were banning smoking in restaurants, bars, and public buildings; some jurisdictions went so far as to prohibit the practice in outdoor public spaces as well.

These measures worked, but not necessarily in the way you might think. Taxes and bans made smoking more difficult and helped some people quit, yes. But far more important, these moves kick-started a virtuous cycle. One of the strongest predictors of whether someone will become a smoker is the smoking rate among his peers. With fewer people starting to smoke, Americans had fewer smoking peers, which reduced smoking rates still further. After carefully controlling for other factors, one study estimated that if the percentage of smokers among a teen’s close friends fell by 50 percent, the probability of her becoming (or remaining) a smoker would fall by about 25 percent.

Social scientists have demonstrated the influence of peer behavior in a host of other areas. One study, for example, found that when military families were posted to a new location where the obesity rate was 1 percent higher than average, adults in the families were 5 percent more likely to become obese during the course of their assignment there. Behavioral contagion—as the phenomenon is known—can exacerbate bullying, cheating on taxes, and problem drinking, among other harmful behaviors. But people also become more likely to exercise and eat prudently when those behaviors become more widespread among peers.

Read: Five radical climate policies that most Americans actually like

Given the power of contagion, it is astonishing that the question of how policy makers might harness this power has received so little serious attention. Even when smoking restrictions were enacted, for instance, it was primarily to protect nonsmokers from secondhand smoke. But the damage done by secondhand smoke pales in comparison with the harm caused by becoming a smoker—not just to the smoker himself, but also to his peers, who in turn become more likely to smoke.

The behaviors that spawned the climate crisis are perhaps even more contagious than smoking, a fact that has gone largely unnoticed by economists and climatologists, who understand global warming as a consequence of greenhouse gases being costly to eliminate and dischargeable without penalty. This assessment leads naturally to pessimism, since the costs of carbon removal remain high and political opposition to robust taxation remains formidable. It also overlooks contagion’s potential power to help address this crisis.

We’ve been building bigger houses, driving heavier vehicles, commuting longer distances, staging more destination weddings, and engaging in a host of other energy-intensive activities only partly because their true costs to the planet are not fully priced in. The far more important reason we’ve done these things is our tendency to behave as our peers do.

The housing market provides a vivid illustration of this. Since the early 1970s, the lion’s share of national income growth has accrued to the wealthy, who used some of their gains to build ever larger houses. The near-wealthy, who travel in the same social circles, also built bigger, and so on down the income ladder. Although median incomes grew little during the past half century, the median new house grew from about 1,500 square feet in 1973 to almost 2,400 square feet today. Without invoking the power of behavioral contagion, it’s difficult to explain this change.

But here is the cause for hope: Where contagion creates a problem, it can also help solve it. Just as in the case of smoking, where peer effects exacerbated and then reduced the prevalence of the practice, so too could contagion help us meet the climate challenge.

Solar-panel adoption, for example, is particularly contagious. After controlling for a variety of other potentially important causal factors, one study found contagion’s power in this domain to be substantial: Each new installation in a neighborhood can, over time, lead to several additional ones. (In a follow-up study, researchers have found evidence that solar panels visible from the street exert a significantly greater peer effect than those that aren’t—further suggesting that our neighbors’ behavior affects our own.) The contagion effect in solar adoption can be seen in Google’s Project Sunroof, which displays aerial photos of neighborhoods and identifies houses with solar panels by placing red dots on their roofs. Those houses tend to be near others with red dots.

There’s very good reason to believe that peer effects could be similarly beneficial in other areas crucial to our climate future. Research shows that our eating habits are shaped by the habits of those around us. This effect could be harnessed to encourage people to eat healthier diets, but it could just as easily nudge people toward more environmentally sustainable ones. MORE