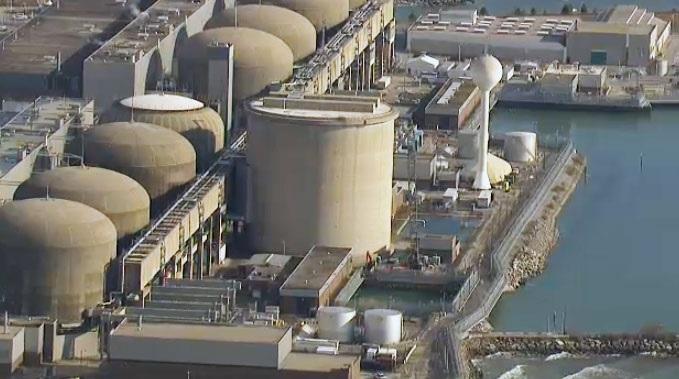 January 13, 2020 (Ottawa) – In a national poll administered this month to over 2000 Canadians, Friends of the Earth Canada finds strong concerns over the threat of contamination by nuclear reactors and nuclear energy to local drinking water and neighbourhood safety and security.

More than eight out of ten (82%) Canadians are concerned about nuclear spills that would contaminate drinking water and almost eight out of ten (77%) cite concerns about neighbourhood safety and security risks close to nuclear plants.

Respondents were asked if the provincial governments of Ontario, New Brunswick and Saskatchewan were on the right path by selecting small modular nuclear reactors to deal with climate change.  Seven out of ten younger respondents (70%), aged 18-34 said it is the wrong path while more than six out of ten (63%) Canadians aged 35-64 also said it’s the wrong path.

“The Emergency Alert about an incident at Pickering Nuclear Generating Station brings home how vulnerable people and our environment are to nuclear contamination and how unprepared the public is to respond to a real nuclear accident in Canada,” says Beatrice Olivastri, CEO, Friends of the Earth Canada.  “Our polling results show that a majority of Canadians feel the small nuclear option is the wrong path to deal with climate change.”

© Provided by The Canadian Press

TORONTO — Three of Canada’s premiers will announce Sunday a plan to fight climate change by working together on small nuclear reactors, a company that’s developing the technology said Saturday.

New Brunswick-based ARC Nuclear Canada said in a news release that its president will attend a signing ceremony Sunday between the provinces of New Brunswick, Ontario and Saskatchewan to work in collaboration on the modular reactors “in an effort to mitigate the effects of climate change.”The Ontario government said Premier Doug Ford will meet with Saskatchewan Premier Scott Moe and New Brunswick Premier Blaine Higgs for an announcement at a hotel near Pearson International Airport on Sunday afternoon.A spokesman with Moe’s office confirmed the announcement is connected to an agreement on technology for small modular reactors, while a spokeswoman for Ford’s office said it’s an agreement to work together to determine the best technologies for the deployment of small modular reactors in Canada.Moe said earlier this month that nuclear power has to be deployed in a big way around the world to significantly reduce greenhouse gas emissions, noting his province is well positioned to support more nuclear power with its large reserves of high-grade uranium ore.All three of the premiers are opponents of the federally mandated carbon tax.

ARC Canada, which has its head office in Saint John, N.B., says its mission is to commercialize an advanced small modular reactor that it says “provides safe, reliable, economically competitive and carbon-free energy.”

The company said it hopes the three provinces coming together will demonstrate the role the small reactors can play in helping Canada reach its climate change goals.

Moe has said that Saskatchewan will address climate change over the next decade by looking to carbon capture and storage technology and by increasing research efforts around small modular nuclear reactors.

However, the possibility of bringing nuclear power to Saskatchewan could still be years away.

After October’s throne speech in which the alternative power source was also touted, Environment Minister Dustin Duncan said Canada could see small modular nuclear technology before 2030, but it likely wouldn’t be in Saskatchewan as the province doesn’t have any nuclear sites, unlike Ontario and New Brunswick.

In June 2018, the New Brunswick government committed $10 million to help establish the province as a leader in small modular reactor technology.

NB Power, which operates the 660-megawatt Point Lepreau nuclear generating station near Saint John, has said the technology can be scaled for designs with an output of between five and 300 megawatts. The units can be constructed and shipped to locations where they are assembled on site.

ARC Canada’s website says its design “creates a ‘walk away’ passive safety system that insures the reactor will never melt down even in a disaster that causes a complete loss of power to the plant site.” SOURCE