From the carbon tax to fossil fuel subsidies, here are eight things we can expect from a minority government

…The Liberals could work with either the NDP or the Bloc Quebecois (or some combination thereof) and remain in power.

There’s much we don’t know, but here are a few things we can reasonably expect to happen on the environment file.

1) The carbon tax will stay in place

An escalating price on carbon has been the cornerstone of the Liberals climate plan and they’ll have plenty of support to keep the carbon tax in place. The NDP also promised a carbon tax, but vowed to take it a step further by removing exemptions for heavy polluters.

Meanwhile, the Bloc Quebecois proposed that Ottawa impose a carbon tax in provinces where greenhouse gas emissions per capita are higher than average and that the proceeds be paid to provinces where emissions are lower, creating a form of green equalization. Trudeau will almost certainly be concerned about Albertan alienation, so he’ll avoid getting involved in that plan.

2) About those fossil fuel subsidies …

Back in 2015, the Liberals promised to phase out fossil fuel subsidies over the “medium term,” but Environmental Defence estimates the federal government is still handing out $3.3 billion a year to the fossil fuel industry. The NDP and the Bloc Quebecois campaigned on a promise to eliminate fossil fuel subsidies, a policy that enjoys tremendous public support. Could they use their newfound power to push for this phase out to start sooner rather than later?

3) The Trans Mountain pipeline debate is unlikely to be re-opened in Parliament, unless …

While many of the opposition parties might want to re-open this debate, it’s hard to see an opening for them to do so given the pipeline is already approved. Even if the NDP, Greens and Bloc Quebecois wanted to force a confidence vote on it, the Conservatives would side with the Liberals on this one.

However, the Liberals still need to find $10 to $15 billion to build the pipeline.

“The public financing of the project does seem to present a bit of a pickle,” said Kai Nagata of Dogwood, a B.C. democracy group. “It doesn’t seem likely the NDP/Bloc/Greens could vote for a budget with pipeline construction funds, but the Conservative party probably couldn’t stomach voting for everything else.”

Nagata added: “Even the Conservatives should be philosophically uncomfortable with borrowing money, in a deficit, to spend on corporate welfare.”

5) Full steam ahead on conservation

The Trudeau government has made significant progress toward meeting its Aichi Biodiversity targets: it pledged to protect at least 17 per cent of terrestrial area and inland waters, and 10 per cent of its oceans, by 2020. A flurry of big new protected areas has moved that along.

The Liberals have also committed to conserving 25 per cent of Canada’s land, freshwater and ocean by 2025 and to working toward conserving 30 per cent by 2030. They also plan to advocate for countries around the world to set a 30 per cent conservation goal.

The NDP and Greens have also committed to the goal of conserving 30 per cent of land, freshwater and oceans by 2030.

The Liberals have set a target of 30 per cent of all light-duty vehicles on the road being electric by 2030. The Bloc Quebecois also support measures to require manufacturers to sell more electric vehicles. And the NDP support maintaining the $5,000 federal incentive for electric vehicle purchases while eliminating federal sales tax on them. One way or another, electric vehicle incentives are here to stay.

7) A lot of Albertans are going to be outraged

With Conservatives winning a higher percentage of the popular vote than the Liberals nationwide, and winning every seat in Alberta and Saskatchewan except for one, Westerners are rightly going to be upset about ending up with so little say in Ottawa. How that will manifest is yet to be seen, but I’d wager a bet it ain’t gonna be pretty.

8) Will electoral reform have its moment in the sun?

The NDP and Greens have long supported a move to proportional representation — an electoral system that would ensure the allocation of seats is more in line with the popular vote than our current first-past-the-post system. With the Conservatives being the latest losers under the first-past-the-post system, one has to wonder if there might be a cross-party push for a referendum on modernizing our electoral system.

Much more will become clear over the coming weeks and months, but for now what we know is that the Liberals will have to work with some combination of the NDP and Bloc Quebecois — and that means that if anything, they’ll have a stronger mandate to take bold action on the climate crisis.

The Ford Government quickly introduced a slew of legislative changes in it’s first year in government. Apparently it is too big a challenge for Canada’s Environment Minister to quickly introduce a single-use plastics ban even though it is widely supported by Canadians. (Notice the ban doesn’t start until after the  federal election.) 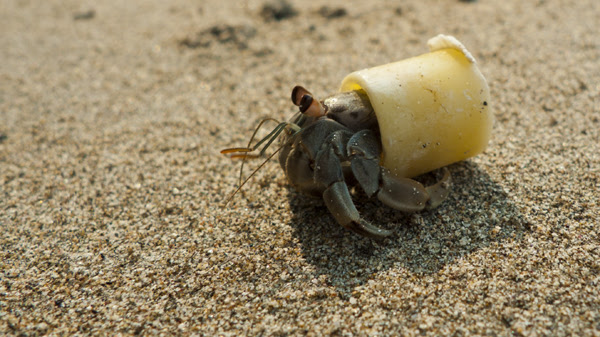 Plastic has invaded every corner of the planet, and it’s harming every form of life. Whales and turtles die from eating plastic bags and tiny microplastics are now present in the water we drink and the food we eat. By 2050, it’s estimated there will be more plastic in our oceans than fish.

This why we’re pleased to start the week by sharing some good news. Today, the federal government announced its intention to ban unnecessary single-use plastics as early as 2021, as part of a larger plan to tackle Canada’s staggering plastic waste problem.

Ecojustice has worked for several years to convince the federal government to recognize the damage plastic does to our oceans, rivers and land.

A year ago, on behalf of 10 environmental groups, Ecojustice asked Minister Catherine McKenna to add single-use plastics, microplastics and microfibers to the Priority Substances List under the Canadian Environmental Protection Act. Having received no reply, Ecojustice sent a new letter – signed by more than 20 environmental lawyers – to the Minister just last week, urging the federal government to use the full extent of the law to regulate plastics. MORE

Government to ban single-use plastics as early as 2021: Source