In her new book, Klein argues that our current crisis cannot be separated from a long history and brutal present of human exploitation. 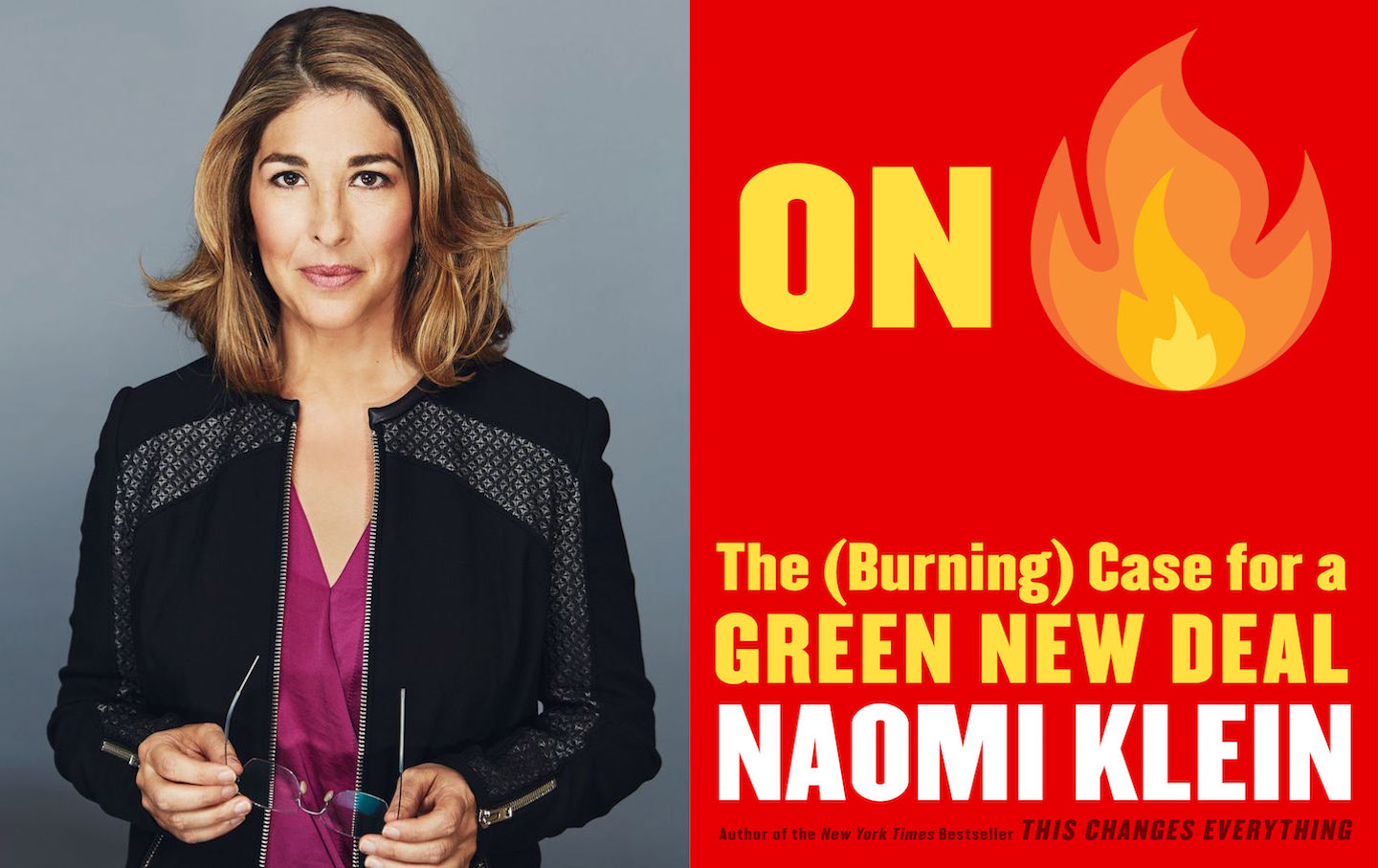 When I spoke with Naomi Klein in August, it was day 13 of Greta Thunberg’s transatlantic crossing on the Malizia II, a zero-emissions racing sailboat. Thunberg, the 16-year-old Swedish climate activist who doesn’t fly because of the carbon impact, was making her way to Manhattan for the UN Climate Action summit. Klein’s new book, On Fire: The Burning Case for the Green New Deal, opens with a portrait of Thunberg and a discussion of the youth climate movement. For decades, Klein writes, children have been used as mere rhetorical devices in the discourse of climate change. We have been implored to act on climate change for the sake of “our children.” But, as Klein told me, it is “obvious that this has not worked to inspire decision-makers to do what was necessary.” Now, young people are no longer content to be treated as tropes. “They are speaking and striking and marching for themselves, and they are issuing the verdicts about the entire political class that has failed them.”

The essays collected in On Fire also come together around a central verdict: that the climate crisis cannot be separated from centuries of human exploitation. Colonialism, indigenous genocide, slavery, and climate disruption all share a history. Not only did these historical processes establish the extractive industries that have led to climate change, but they established an extractive mindset, “a way of viewing both the natural world and the majority of its inhabitants as resources to use up and then discard,” Klein writes. Climate activism must fight both. We need a “shift in worldview at every level.”

For Klein, the Green New Deal represents precisely this. Formulated by climate activists and proposed by representatives Alexandria Ocasio-Cortez and Ed Markey, the Green New Deal offers a way to transform our infrastructure at the scale and speed required by climate change while simultaneously transforming the economic model and underlying worldview that has caused it. Detractors may call it a random laundry list of progressive initiatives, but for Klein the brilliance of the Green New Deal lies in its supposition that its initiatives—from renewable energy to universal health care—are anything but unrelated. Ecological breakdown and economic injustice are inextricably linked. The solution must be holistic. The Green New Deal offers a way both to “get clean” and to “redress the founding crimes of our nations.”

We spoke about the politics of the climate crisis and the “almost unbearably high” stakes of the 2020 election. Our conversation has been edited for length and clarity.

Lynne Feeley: Many of the essays in the book focus on what you call the “deep stories” that are interfering with people’s willingness to confront the climate crisis. Can you discuss what these stories are and how they are blocking climate action?

Naomi Klein: Some are the economic stories of neoliberalism—about how things go terribly wrong when people try to work together and how, if we just get out of the way of the market and let it do its magic, the benefits will trickle down to everyone else. I’ve written a lot over the years about how the orthodoxy of neoliberalism—privatization, deregulation, low taxes, cuts to social spending—conflicts very, very frontally with what we need to do in the face of the climate crisis. MORE

On Fire Book Review: Naomi Klein Beckons Us to Look Behind the Burning Climate Curtain