Divisions in Canadian society, once primarily about linguistic identity, are starting to resemble those in the U.S. – a geographic split between energy-industry conservatives in the west and eastern environmentalist liberals. 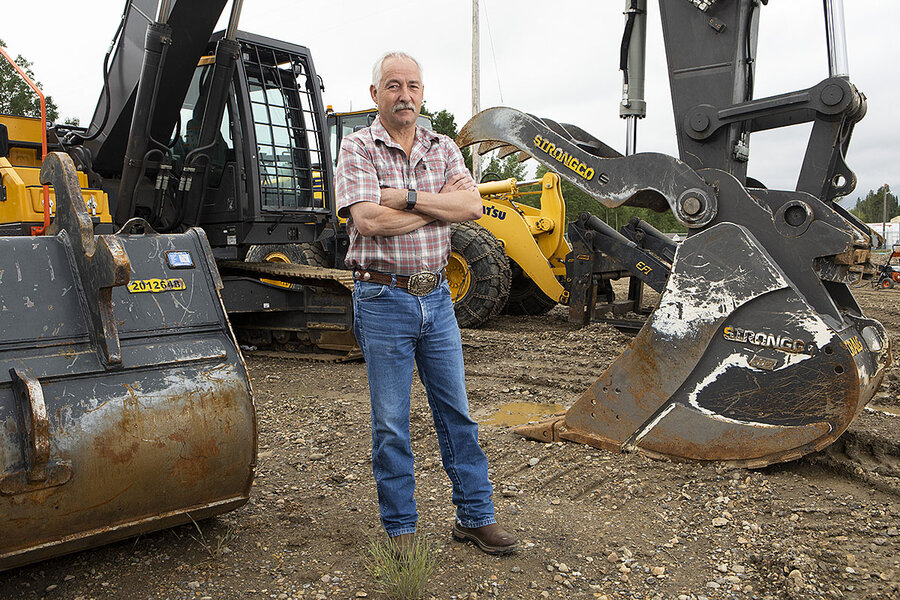 Alberta, often called the Texas of Canada, is a frustrated place these days. Albertans are frustrated at Liberal policies under Prime Minister Justin Trudeau, at other provinces protesting the pipelines they want to build, and more recently at activists who have made the oil sands of Alberta one of the flashpoints of global environmental protest.

This frustration is not particularly new. Alienation is part of the identity of western Canada, says author Mary Janigan, and traces back over a century when the western provinces were created and control of their resources was given to Ottawa. “There’s a lingering resentment about any central interference in resources,” says Ms. Janigan. “Alberta’s hackles remain up.”

Yet today the consequences might be greater, as environmental concerns become more pressing. Paul Lemieux, who worked for 25 years in the oil business, says the rest of Canada can sometimes make Albertans feel like “a bunch of money-grubbing polluters.”

He says that diminishes the common ground that exists. He calls Canadian standards on resource extraction some of the best in the world. “I’m not saying we couldn’t do things better, for sure,” he says. But they all have children and grandchildren whose futures they want to preserve too. “I don’t think any of us wants to be environmentally unfriendly.” SOURCE

Grieving for the environment, without saying ‘climate change’

When environments change, people can feel they’ve lost something familiar and dear – even if they can’t agree why. In an era of climate change, there’s new thinking about how to cope. 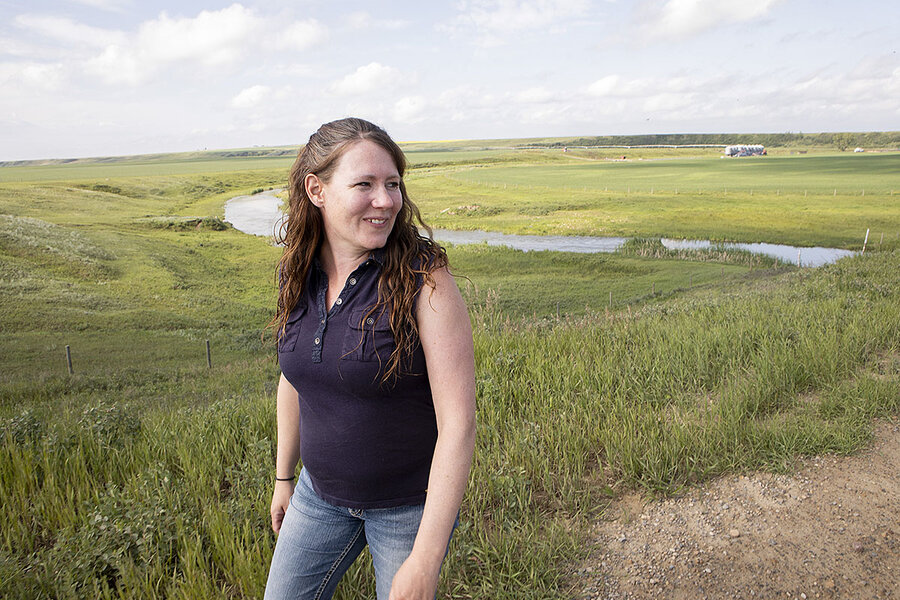 Melanie Stetson Freeman/Staff Susan Heather, a farmer and agronomist,  stands on a hill overlooking her family farm and the Little Bow River, which flooded in 2013, on July, 2019 in Vulcan, Alberta. Ms. Heather helps other farmers deal with the stress caused by the vagaries of Mother Nature.

Agnieszka Wolska, a therapist in Calgary, joined an “Eco-Grief Support Circle” that meets twice a month after losing faith, she says, that nature could rebalance itself. She compares the circles to being at a wake, but it’s also where she finds hope. “Together we have less individual despair. We can just have connection instead of fear or just sadness,” she says.

Academics have begun to attach neologisms to feelings like Ms. Wolska’s: “solastalgia,” coined by an Australian philosopher in 2005, describes a form of distress caused by environmental change, or “ecological grief.” Those feelings of loss surrounding a place are becoming increasingly common, as wilder weather patterns and natural disasters are, many scientists say, becoming more commonplace.

In the capital of Canada’s oil industry, where everyone knows someone employed by it, that can lead to mixed feelings. Just 52% of Albertans believe they’ve seen conclusive or solid evidence of climate change, the lowest percentage in Canada. But people here describe a feeling akin to mourning over the loss of natural landscapes.

A recent UN decision is about more than Indian status; it is about restoring the political rights and powerful voices of First Nations Women

Sharon McIvor has been engaged in an epic 33-year battle against the federal government to prove that she, her children and her grandchildren are entitled to be recognized as Indians the same way her male relatives and their descendants are under the Indian Act. Earlier this month, McIvor, who is from Lower Nicola Band in BC, won yet another landmark legal victory. The United Nations Human Rights Committee released a decision in her favour and directed Canada to end the sex discrimination.

But while Canada has lost every court case since the 1980s on this issue, the federal government refuses to stop discriminating. This not only advances the government’s goal of legislative extinction of Indians, but it limits the number of voices who might oppose its resource extraction agenda on First Nations lands.

If sex equality is a constitutional guarantee, and the Constitution Act, 1982 trumps all other federal laws in Canada – why were McIvor and others forced to spend time and money fighting for the same rights Canadian women get to take for granted? The answer lies in our colonial history.

Canada has always targeted First Nations women for exclusion from the Indian Act as part of its overall Indian policy geared towards the elimination and assimilation of Indians. When colonial governments could no longer murder Indians or starve them or infect their blankets with smallpox, they tried residential schools to torture the Indian out of them. When that didn’t work, they stole their children and had them adopted into white families. When Indigenous people kept making babies, the government engaged in the forced sterilization of Indian women and girls – often without their knowledge or consent.

Knowing they could not eliminate Indians by force, the government designed the Indian Act to eventually legislate Indians out of existence. To speed up this process, they targeted Indian women and children for exclusion from both registration as Indians, and membership in their communities in a variety of ways. Indian women who married non-Indians lost their Indian status, as did their children. Daughters born to Indian men out of wedlock were excluded from registration. Indian agents, the government’s representatives on reserves, could also protest the registration of children born to Indian women out of wedlock. In fact, the success of assimilation depended in part on targeting Indian women. In the words of the department in 1920: “It is in the interests of the Department… to sever her connection wholly with the reserve.” MORE