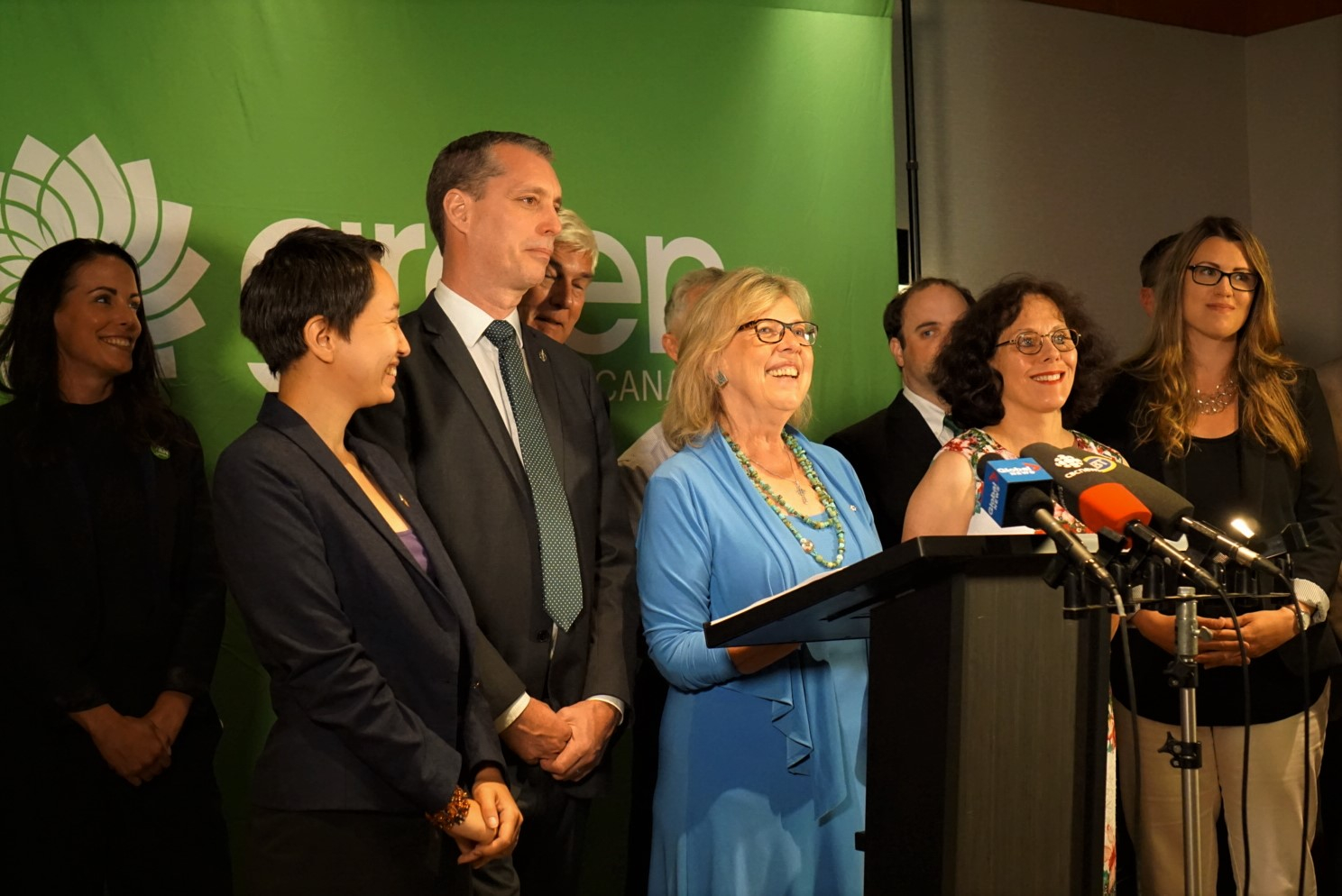 The Green Party of Canada is endorsing the work of a task force formed by the Trudeau government to phase out coal power nationwide by 2030 and help workers transition to new jobs, but wants to take the plan a step further.

Party Leader Elizabeth May said Wednesday that the Greens fully support all 10 recommendations made by the Task Force on Just Transition for Canadian Coal Power Workers and Communities, which released its final report on coal workers and communities this spring.

At an event in Vancouver on Wednesday, joined by Green candidates from around British Columbia, May said she’d like to implement a similar process with a panel to visit communities dependent on oil and gas.

May said her plan is to ensure no workers are left out of work as the energy industry changes. “We are not at war with fossil fuel workers,” May said. “We are not willing to leave any part of Canada or any community behind.”

National Observer has reported that the task force exclusively researched conditions for coal workers. It recommended a large range of actions, such as $300-million to create a jobs bank, as well as community supports such as transition centres where workers can find information on jobs and training.

The report also found many coal workers felt mistrust for the government, and doubt in its abilities to fulfill promises of a stable transition.

May said visiting communities helped address that mistrust, and will do the same for people in oil and gas. “There’s more trust in honesty. We can say this is the plan, this is the timeline, and how much time do you need to adjust? What are your needs?” she said. “Empowerment and agency are the things that remove fear for all of us.”

She said planning for transitions, as well as oilsands cleanup, should start sooner than later, or else it could result in rushed, inadequate government assistance.

“We have to plan for the cleanup,” she said. “The same guys who drilled the oil wells can help us in reclaiming abandoned oil wells to geothermal power producing.” MORE