The Trudeau government is in a clear conflict of interest as owners of the TransMountain pipeline and their duty to consult with the traditional legitimate title holders. Expect litigation and more delay.

‘Extending the timeline doesn’t address all these issues and approach to consultation,’ says Judy Wilson 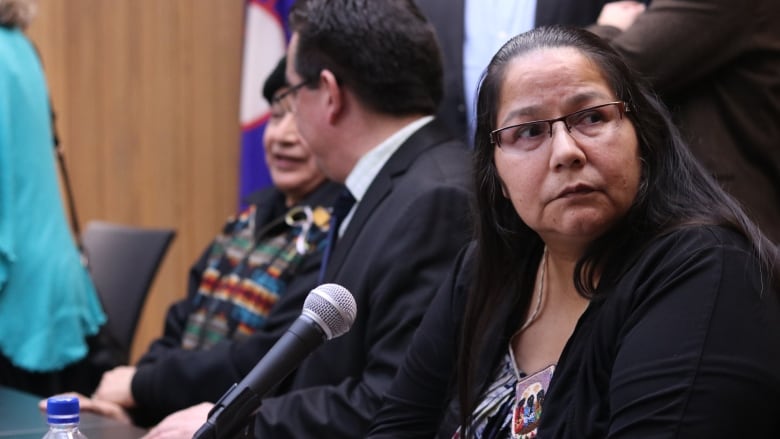 Kukpi7 Judy Wilson, elected leader of the Neskonlith band and a member of the executive branch of the Union of B.C. Indian Chiefs, sent a letter to Prime Minister Justin Trudeau critical of the consultation process on the Trans Mountain pipeline. (Chantelle Bellrichard/CBC)

Even if the time period for consultation with Indigenous groups over the expansion of the Trans Mountain pipeline is extended by a few weeks, “it still doesn’t make up for the approach and the flawed way the consultations are being done,” says one B.C. First Nations leader.

Kukpi7 Judy Wilson, elected leader of the Neskonlith band and a member of the executive branch of the Union of B.C. Indian Chiefs, sent a letter to Prime Minister Justin Trudeau earlier this week in which she described the consultation process as “fatally flawed” and detailed several critiques of the process that’s currently underway.

Amarjeet Sohi, Minister of Natural Resources, announced Thursday the consultation timeframe would be extended by a month, based on requests from Indigenous groups and advice from former Supreme Court of Canada justice Frank Iacobucci who is leading the government’s efforts on consultation for the proposed expansion.

“Extending the timeline doesn’t address all these issues and approach to consultation,” said Wilson.

Among her criticisms is that Canada is in a “clear conflict-of-interest” when it comes to fulfilling its obligations to Indigenous groups, especially since it purchased the project from Kinder Morgan.

“As pipeline owners, they have a constant bias now because they’re looking at the interest of the pipeline as a national interest versus their Crown role for consultation to our Indigenous Peoples,” said Wilson in an interview Thursday.

She is also critical of the consultation process itself, because “it’s still bypassing our proper title holders, who are our people … they’re relying mainly on the band construct, which the federal government created,” she said.

Wet’suwet’en hereditary chief: ‘Reconciliation is not at the barrel of a gun’