By solving a complex protein structure, biologists have unlocked a critical mechanism in plants that could lead to improvements in how photosynthesis works, and by consequence, greater crop yields.

Photosynthesis is a brilliant invention of nature, but that’s not stopping scientists from trying to make it even better. New research published today in Nature describes how a team at the University of Sheffield has uncovered new insights into how an electrical chemical reaction in plants can significantly influence plant growth. The researchers are calling this mechanism the “beating heart” of photosynthesis. The reaction happens in a protein complex known as cytochrome b6f, which powers a plant’s ability to convert carbon dioxide into carbohydrates during photosynthesis. This inaugural model of cytochrome b6f could eventually be leveraged by plant biologists to augment the powers behind photosynthesis and create more robust plants, such as rice and wheat.

The University of Sheffield scientists created their high-resolution structural model of the protein complex using cryo-electron microscopy. By making sense of the complicated spaghetti-like shape of cytochrome b6f, the scientists were able to visualize the electrical connections between a pair of light-powered chlorophyll-proteins inside plant cells. Known as Photosystems I and II, these proteins work to convert sunlight into chemical energy.

By building the new model, the researchers could see how cytochrome b6f taps into the electrical currents passing through it, which it does to power-up a proton gradient, a process that’s analogous to plugging in a rechargeable battery. The stored energy in this “proton battery” is used by the plant to produce adenosine triphosphate (ATP)—the energy currency of cells.

The proton gradient “acts like a battery” that allows for the “synthesis of ATP—an essential metabolite needed for CO2 conversion to carbohydrate,” explained study co-author Matt Johnson in an email to Gizmodo. “We have obtained the structure of the plant cytochrome b6f complex by cryo-electron microscopy, and it shows how it processes its electron-carrying [molecule] in such a way to double the number of protons it moves across the membrane.”

Johnson calls it the “beating heart of photosynthesis” for its critical role in regulating the efficiency of the process.

“Ultimately this reaction provides the energy that plants need to turn carbon dioxide into the carbohydrates and biomass that sustain the global food chain,” said Lorna Malone, the first author of the study and a PhD student at the University of Sheffield’s Department of Molecular Biology and Biotechnology, in a statement.  MORE

LONDON, July 29 (Thomson Reuters Foundation) – In decades to come, African farmers may pool their money to buy small robot vehicles to weed their fields or drones that can hover to squirt a few drops of pesticide only where needed.

Smartphones already allow farmers in remote areas to snap photos of sick plants, upload them and get a quick diagnosis, plus advice on treatment.

Researchers also are trying to train crops like maize and wheat to produce their own nitrogen fertilizer from the air – a trick soybeans and other legumes use – and exploring how to make wheat and rice better at photosynthesis in very hot conditions.

A gene that helps plants to remain healthy during times of stress has been identified by researchers at Oxford University.

As warmer, wilder weather linked to climate change brings growing challenges for farmers across the globe – and as they try to curb their own heat-trapping emissions – a rush of innovation aimed at helping both rich and poor farmers is now converging in ways that could benefit them all, scientists say.

In a hotter world, farmers share “the same problems, the same issues,” said Svend Christensen, head of plant and environmental sciences at the University of Copenhagen.

Agricultural researchers, who have teamed up to boost harvests and fight the major blight of wheat rust are now forming an international consortium in a bid to make wheat stand up to worsening heat and drought.

“There was a real shift in terms of the intensity of what we do together when we became aware of climate change,” said Hans-Joachim Braun, who heads the global wheat program for the International Maize and Wheat Improvement Center (CIMMYT), based in Mexico.

That means the world will likely see a 10% drop in harvests even if governments hold global warming to “well below” 2C, as they have agreed, he said – and that drop would come even as the world’s population grows and demand for food rises.

Finding ways to breed wheat that can cope better with heat could help farmers from Australia to India and China, as well as the people who depend on their grain, he said.

“It doesn’t matter where you use this trait – it will have an impact,” Braun said.

One idea scientists are working on is to fundamentally reshape how crops such as wheat and rice carry out photosynthesis, to make them better able to continue producing in hot weather, especially if less water is available.

The process – like efforts to help wheat and maize start making their own fertilizer – is hugely complex and will likely require decades of work, scientists say.

“It would be a mega-breakthrough. Many people think it’s dreaming a little bit because it’s so difficult,” said Bruce Campbell, director of the CGIAR Research Programme on Climate Change, Agriculture and Food Security (CCAFS).

But early tests to improve photosynthesis in tobacco have shown a 40% boost in production – and the technique is now being tested with crops from cassava to maize, said Kathy Kahn, a crop research expert with the Bill & Melinda Gates Foundation.

Nick Austin, who directs agricultural development for the foundation, said such changes “are going to benefit the poor and rich worlds together” – and could play a key role in keeping food prices affordable.

“These technologies… are going to be globally relevant,” he predicted. MORE 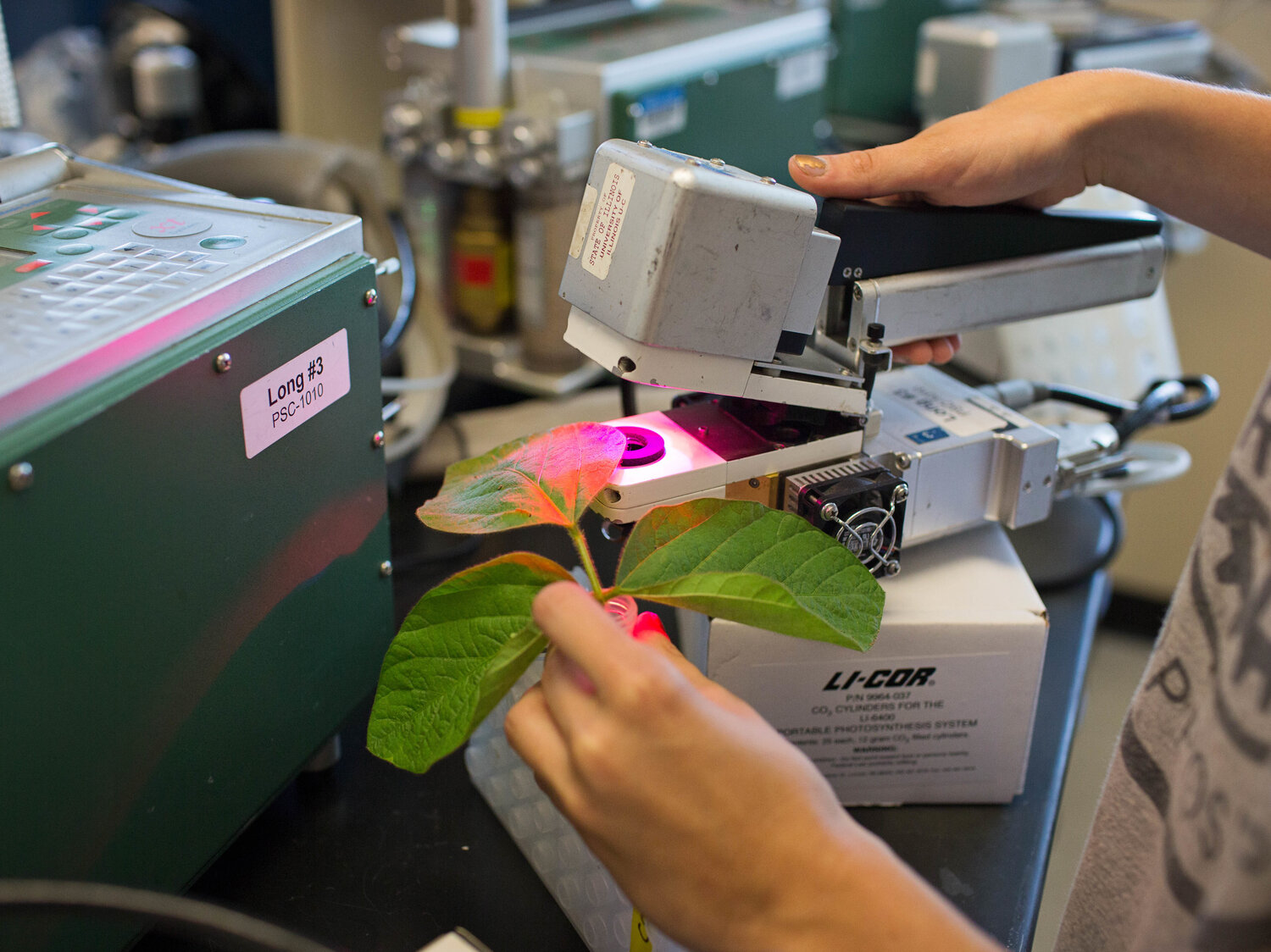 There’s a big molecule, a protein, inside the leaves of most plants. It’s called Rubisco, which is short for an actual chemical name that’s very long and hard to remember.

Rubisco has one job. It picks up carbon dioxide from the air, and it uses the carbon to make sugar molecules. It gets the energy to do this from the sun. This is photosynthesis, the process by which plants use sunlight to make food, a foundation of life on Earth. Yay for Rubisco! MORE