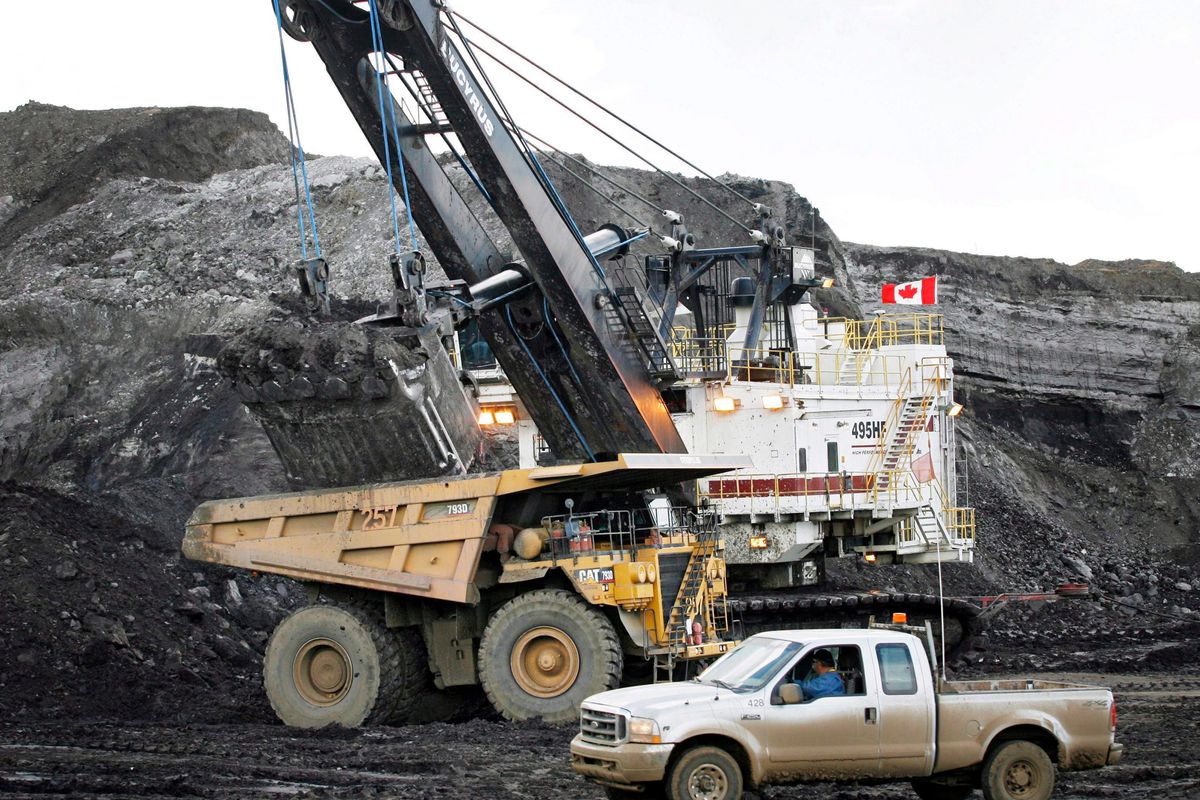 A pickup truck is seen passing a mining shovel at an oil sands mine near Fort McMurray, Alta., in a file photo.  JEFF MCINTOSH/THE CANADIAN PRESS

Some Canadian organizations are asking the federal government to focus any bailout of the oil industry on workers and families, not corporations.

The request comes in an open letter to Prime Minister Justin Trudeau, released Tuesday morning and signed by environmental organizations, faith and labour groups that the signatories say represent about 1.3 million people.

“Giving billions of dollars to failing oil and gas companies will not help workers and only prolongs our reliance on fossil fuels,” the letter says.

It comes in response to a media report that Ottawa is developing a multibillion-dollar bailout package for an industry buffeted by record low prices for its product.

“If you pour money into the wealthiest people in the country and the biggest corporations, it doesn’t trickle down to the workers,” said Di Novo, a former Ontario New Democrat politician.

“It tends to stay at the top.”

Any oilpatch bailout is likely to be one of the biggest federal spending programs in recent memory, said Julia Levin of Environmental Defence.

She said such spending should be aligned with other federal priorities, such as helping workers transition from the fossil fuels industry and fighting climate change.

“They can use this opportunity to actually put in place the kinds of investments that are aligned with the commitments they’ve made.”

The letter calls for immediate income support for oil and gas workers, including increased access to unemployment insurance. It also suggests money for retraining workers for what it calls “emerging low-carbon sectors like energy efficiency, technology, health care and renewable energy.”

As well, it asks for money to hire workers to clean oil and gas wells left abandoned by energy companies no longer able to pay for them.

That money, it says, “should also be tied to regulatory change in Alberta to ensure the province puts in place a polluter-pays program so the public is not left with these liabilities in the future.”

Robin Edger of the Canadian Association of Physicians for the Environment rejected the argument that bailing out companies would bail out their employees.

“Why don’t we just cut out the middleman? If our concern is the workers, we should just support the workers directly,” Edger said.

“We have oil and gas wells that need to be cleaned up. We have industries with real futures that we need workers to be trained into.”

Di Novo pointed out that massive bailouts of the auto industry didn’t help in the long term.

“Clearly, giving all that money to (General Motors) – and I was in government when they did it – did not save those workers’ jobs,” she said. “As soon as the company could make more profit by moving their operation somewhere else, they did.”

In 2009, the federal government spent $13.7-billion to bail out auto manufacturers. Much of that loan was never repaid and nearly 2,700 jobs will be lost in Oshawa, Ont., alone. SOURCE