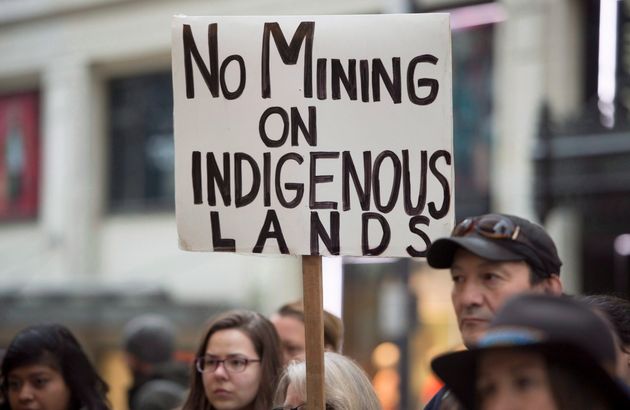 Members of the Tsilhqot’in First Nation hold a rally outside the federal court in downtown Vancouver, Jan. 30, 2017. The rally was to bring attention ahead of a federal court case involving Taseko Mines. THE CANADIAN PRESS/Jonathan Hayward

When the Wilderness Committee learned that a large Canadian mining company had proposed an open-pit copper and gold mine and tailings pond in the middle of B.C.’s wilderness, it opposed the project with all its might.

For the grassroots, non-profit environmental group that meant getting people fired up.

“We don’t have many tools. We don’t have a lot of money. All we have really is our ideas and words and we are used to fighting it out that way,” Joe Foy, national campaign director, told HuffPost Canada.

The Wilderness Committee published a series of articles in early 2012 about Taseko Mines’ proposed project, and its threat to wild salmon, rainbow trout and grizzly bears, how it would pollute the region’s water and the strong opposition of the nearby Tsilhqot’in Nation.

In response, the multimillion-dollar company slammed the group with a defamation suit, triggering a five-year court battle that cost hundreds of thousands of dollars in legal fees. Taseko claimed in court documents that the online publications portrayed it as having a “callous disregard” to the environment, which damaged its reputation. 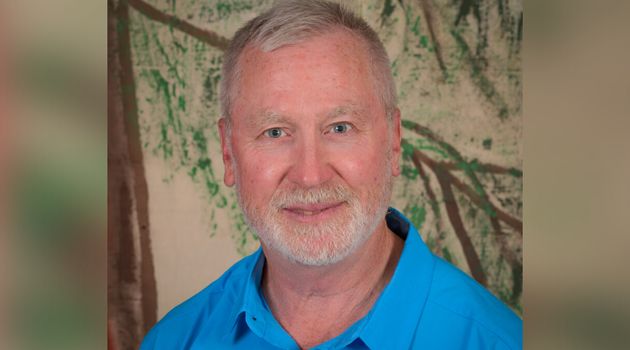 Joe Foy of the Wilderness Committee, based in B.C.

The Wilderness Committee was aware of the “chilling effect” the lawsuit could have on it and other groups, so it fought it, said Foy. It argued Taseko had launched a Strategic Lawsuit Against Public Participation, also called a SLAPP suit, and eventually a judge dismissed the case.

SLAPP suits are used by powerful entities, including corporations and individuals, to stop critics, often social and environmental activists, from speaking out, according to the Business and Human Rights Resource Centre. Quebec, Ontario and most recently B.C. have passed legislation to deter SLAPP suits from being filed in the first place, and to allow judges to dismiss cases early in the court process.

Environmental groups say anti-SLAPP laws that protect speech are critical to the fight for climate action. That’s why two prominent organizations, Greenpeace Canada and Ecojustice, went to the Supreme Court Tuesday to argue for more protection.

If climate activists have the threat of being sued over their heads, then our prospects of addressing climate change go way down. —Josh Ginsberg, Ecojustice

Canada’s highest court is currently considering two unrelated defamation cases, which the defendants argue are SLAPP suits. For the first time it is fine-tuning the law and weighing in on how it should be interpreted. Ecojustice and Greenpeace are interveners, alongside civil rights groups, media organizations and a clinic for women experiencing violence.

“Climate change is subject to a huge amount of activism including a lot of speech that is often controversial but essential for us to have a robust debate,” Ecojustice lawyer Josh Ginsberg told HuffPost.

“If climate activists have the threat of being sued over their heads, then our prospects of addressing climate change go way down. It drains their resources and takes the focus off of the real issues.”

Greenpeace is currently fighting what it calls a SLAPP suit by a forestry company, and Ecojustice has represented environmental groups in similar cases. 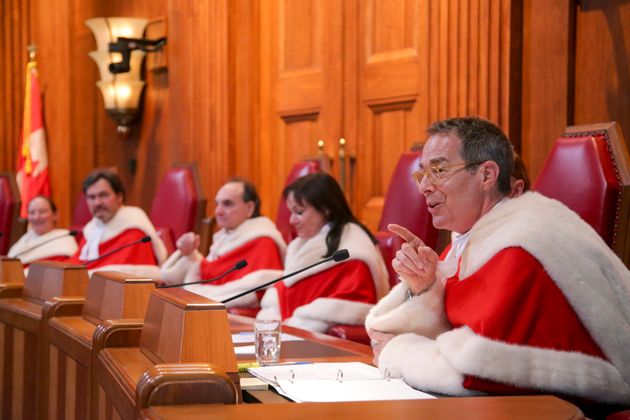 Under Ontario’s anti-SLAPP legislation, a defendant in a lawsuit can request it be dismissed at any time, if what they said could be considered in the public interest. Then it’s up to the plaintiff to prove how the defence’s argument could fail, and if the damages outweigh the public interest.

During this process, both environmental groups want judges to consider the context in which a disputed statement was made.

“We want the court to think about what the biggest societal implication is here,” said Greenpeace lawyer Priyanka Vittal. “Is this going to create a chilling effect where no other grassroots organizations are going to speak out because they’re too scared?”

The court could look at a company’s history filing lawsuits, the power imbalance, and where the defendant made the claim, such as during a public consultation process, according to Ecojustice’s factum. It wants judges to recognize that statements related to environmental decisions and policymaking are presumptively in the public interest.

The Wilderness Committee, for example, posted its articles when the federal government was considering and requesting comments about Taseko’s proposal, and that should’ve helped their case, Foy said. 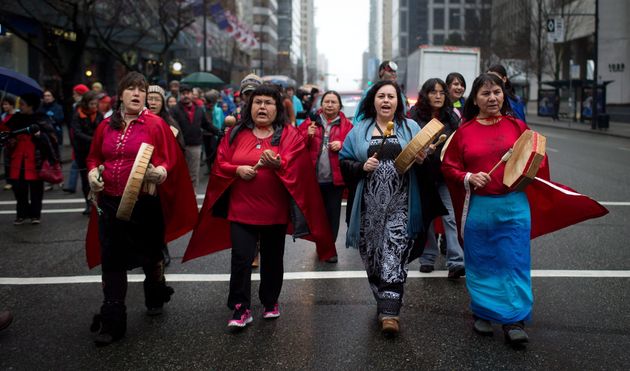 Members of the Chilcotin First Nation march in Vancouver during a protest against Taseko Mines’s proposed Prosperity Mine, Dec. 13, 2013. DARRYL DYCK/THE CANADIAN PRESS

“I really worry about the individual who says something at a local meeting about a development next to an elementary school, and then the developer is dragging them through the courts,” Foy said. “It’s terrifying.”

The federal government eventually rejected Taseko’s mine because of the environmental harm it would case, but it’s now permitted to do exploratory drilling.

Even today, however, the Wilderness Committee is still impacted by the lawsuit. Its liability insurance covered close to $200,000 in legal fees, which Taseko doesn’t have to pay back, but it is now saddled with insurance fees nearly $7,000 more than before the lawsuit, Foy said.

But he’s glad they fought it all the way to the end.

“We are really proud of what we did, and how we did it,” said Foy. “It’s our responsibility to speak out clearly and strongly about these industrial projects.” SOURCE

The outcome of the Tsilhqot’in Nation’s court case regarding infringement of Aboriginal rights will need to be decided first, judge said

A BC Supreme Court decision Friday, Sept. 6 has halted an exploratory drilling program from proceeding in the vicinity of Teztan Biny (Fish Lake), 185 kilometres southwest of Williams Lake pending the outcome of another court case filed by the Tsilhqot’in Nation on infringement of Aboriginal rights. Loretta Williams photo

The Tsilhqot’in Nation’s injunction has been granted to stop Taseko Mines Ltd. from carrying out exploratory drilling near Teztan Biny (Fish Lake) and surrounding area for its proposed New Prosperity Mine about 185 kilometres southwest of Williams Lake.

A decision on the injunction was handed down Friday, Sept. 6 in B.C. Supreme Court.

Xeni Gwet’in Chief Jimmy Lulua said the injunction will remain until the Tsilhqot’in Nation’s own court case against the provincial government for issuing the proposed drilling permit to Taseko is heard.

“We have rights to hunt and fish in that area and protect our cultural and sacred grounds,” Chief Lulua said. “They have to prove that they won’t impact any of those at all — that’s what will be heard in court. We don’t have a court date yet.”

Lulua said he is relieved by Friday’s decision to grant the injunction.

“It was our last Hail Mary,” he told the Tribune. “There was no other option and if we lost it would have definitely been a hairy situation. A lot of our people are fierce and when you look at our situation, our fish stocks are not in the rivers right now.”

The decision, he added, shows that courts are starting to recognize Aboriginal rights and title. MORE A view of part of Teztan Biny (Fish Lake)

The Tsilhqot’in Nation is calling for a safe and peaceful resolution to prevent Taseko Mines Ltd. from doing exploratory drilling for its proposed New Prosperity Mine west of Williams Lake.

The conflict is the latest confrontation in a long legal battle between the Nation, which has declared title rights in the area and the mining company.

On June 13, Taseko gave two-week notice that it planned to begin its drilling program on Tuesday, July 2 in an area 125 kilometres southwest of Williams Lake at Teztan Biny (Fish Lake).

In a statement issued Tuesday, the Tsilhqot’in Nation said it wants TML to stand down on the drilling program and not bring machinery and personnel to the site. The nation is also asking the B.C. government to step up and help resolve the issue.

“The Tsilhqo’tin Nation opposes this drilling program as an imminent violation of its human rights under the United Nations Declaration on the Rights of Indigenous Peoples,” the statement noted.

Teztan Biny is located in traditional Tsilhqot’in territory and includes 300,000 hectares of wilderness and wildlife habitat. It is just outside of the 1,900 square kilometre area in which the TNG won title over in a historic 2014 Supreme Court of Canada ruling, but still within a broader area under land claim. MORE