” Ms Ocasio-Cortez rightly sees parallels with the response to the 1930s crisis where President Roosevelt dispensed with economic orthodoxy and tamed Big Finance. He created a New Deal jobs programme that employed millions, oversaw a massive expansion of government and remade the US industrial base.” – Guardian editorial 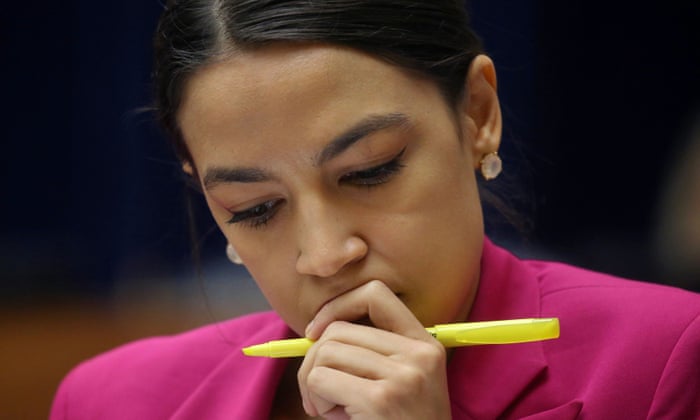 The Green New Deal is probably the most fashionable policy in the English-speaking world. In Britain it is advocated by both Tory MPs and Jeremy Corbyn; while a non-partisan Canadian coalition of nearly 70 groups are backing such a scheme. However, it has been made flesh by US Democrats, in particular the political phenomenon in the US House of Representatives, Alexandria Ocasio-Cortez. Ms Ocasio-Cortez has spelled out what a Green New Deal involves in a House resolution: rejecting economic orthodoxy to confront climate change. She ought to be congratulated twice over.

At present the thinking is for governments to tackle global warming by including the social cost of carbon in the prices people pay, either through a carbon tax or a system of tradable carbon-emission permits. Such ideas have a role to play in changing the way societies consume and produce energy, but they are only moving us incrementally – if at all – towards sustainability. Global emissions of carbon dioxide are higher than they have ever been, almost three decades after the first global conference aimed at reducing them. The situation is becoming dangerous for human life. The latest figures show there is little more than a decade to save ourselves and the other creatures with whom we share the planet. To do so we must decouple economic activity from carbon emissions and ecological destruction.

This will not be easy. Economic power has become increasingly concentrated, giving rise to grotesque levels of inequality – both within and among countries. With financial speculation now a feature of capitalism, so are fraud and instability. Meanwhile, investment in public goods across the globe has stagnated. Growth increasingly relies on resource extraction, threatening civilisation itself. Ms Ocasio-Cortez’s plan recognises this and is rooted in making the economy both greener and more equitable. Her prospectus calls for a reduction in the inequality of income and wealth, essential given that the world’s richest 10% are responsible for half of carbon emissions. It sees large public spending to transform the US economy with an industrial base that would be net-zero in carbon emissions in a few decades. The plan is to create good job opportunities as the economy is made sustainably viable for the future. MORE