Canada has recently been the fastest growing country in the G7, with a population rising at double the pace of the United States and United Kingdom, and four times that of France and Germany.

According to Statistics Canada’s projections, our country could have 48.8-million people by 2050. And that’s the agency’s “medium” growth projection; under a high-growth scenario, there could soon be 56-million Canadians.

Nearly all of these future residents are going to live in this country’s handful of big cities. That means millions of new urban dwellers – and millions of new commuters.

If we want to raise the quality of life in Canada’s cities, rather than choking on our growth, we will need better planning, so that cities build up more and sprawl out less. As part of that, we need a lot more of the key piece of infrastructure that makes city life possible: mass transit.

There is, unfortunately, a stark contrast between the size of urban Canada’s coming population boom, and the history of delay, denial and underfunding that has marked too many attempts to build badly needed public transit. Our creaking transit systems aren’t up to the demands of the present, let alone the future.

How much bigger are our cities about to become?

Let’s start in British Columbia. The province’s demographers expect that B.C., with 5-million people today, will grow by 1.3-million by 2041. More than three-quarters of those new residents are expected to make their homes in the Lower Mainland, a.k.a. Greater Vancouver.

That’s an extra million people in Canada’s third largest city, in just two decades. It’s the equivalent of the entire population of Prince Edward Island moving to Vancouver, every three years. Before a child born today has graduated university, the Vancouver area will have added nearly as many people as currently live in Saskatchewan.

No, a million more people are not all going to be able to drive to work.

Or consider Alberta. Over the next quarter-century, according to the Alberta Treasury Board’s projections, the province expects to add 2.3-million people – 80 per cent of them in Edmonton, Calgary and the corridor between the two cities. That would mean urban Alberta growing by two Nova Scotias or four Newfoundlands.

In Quebec, the Institut de la statistique projects the province will add 1.1-million people between 2016 and 2041, nearly three-quarters of them in Greater Montreal. The Montreal area already has as many people as Alberta; over two decades, it will add the population of Winnipeg.
And then there’s Toronto. Every day, it becomes more of a global megacity. Toronto is ranked the 47th worst traffic in the world

That’s an extra 4.6-million residents, more than the population of Alberta, soon to be making their homes within roughly 100 kilometres of the corner of King and Bay streets.

And that’s Ontario’s “medium” growth estimate. There’s also a high-growth scenario. Under that projection, by 2046, the GGTA might have nearly 17-million people. That’s like dropping five Manitobas into the Toronto region, or six Saskatchewans, or one-and-a-half Albertas.

Try to imagine millions of new commuters, all trying to drive to work on the GTA’s already gridlocked highways. It can’t be done.

Canada’s growing population is, in most respects, a success story. The economy will have no trouble creating jobs for all our new citizens, and there’s a good chance the country will end up not just bigger but more dynamic. Boom times and swelling confidence accompanied earlier periods of high population growth, such as during the spike in immigration before the First World War, or the Baby Boom after the Second World War.

But all this growth comes with challenges and downsides. Unless municipalities, provinces and the federal government prepare for our nation’s future as a bigger and more urban country, by planning, funding and actually building public transit, and a lot more of it, the quality of life in Canada’s big cities is at risk.  SOURCE 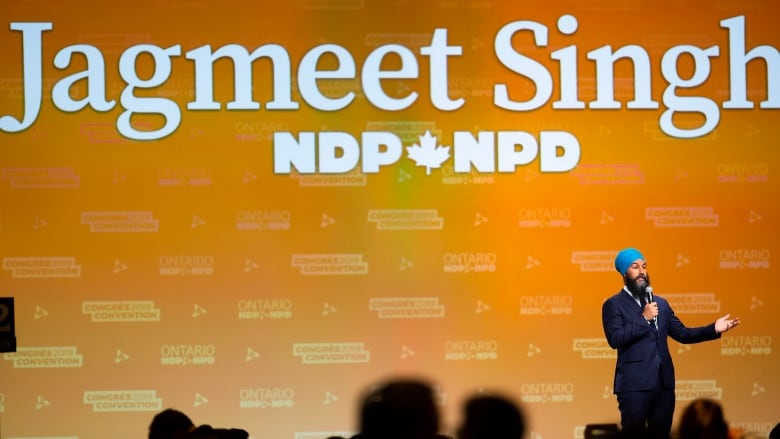 NDP Leader Jagmeet Singh speaks to delegates and supporters at the Ontario NDP Convention in Hamilton, Ont., in June. His party is vowing to create 300,000 new green jobs as part of a $15-billion fight against climate change. (Tara Walton/Canadian Press)

The Claim: “Our plan to fight climate change will create at least 300,000 new jobs.”

— A central pledge from the NDP’s Power to Change: A New Deal for Climate Action and Good Jobs

The federal New Democrats are promising to create at least 300,000 “good jobs” over the next four years if elected. And the party’s climate change strategy makes it clear that those employment gains would come in the sectors of infrastructure, transit, housing and renewable energy.

Mélanie Richer, the party’s communications director, says the figure is a “conservative estimate” of the jobs that will be created by the $15 billion in green investments that an NDP government would make over its first mandate, including $6.5 billion for mass transit, $3.5 billion to spur the transition to renewable energy and $2.5 billion targeted at making communities and homes more energy efficient.

The NDP based its math on studies like the 2017 Jobs for Tomorrow report commissioned by Canada’s building trades unions, which estimated that 3.3 million construction positions — and up to 14 million more “indirect” jobs — would be created by 2050 if the country made the society-changing shift to net zero carbon emissions. 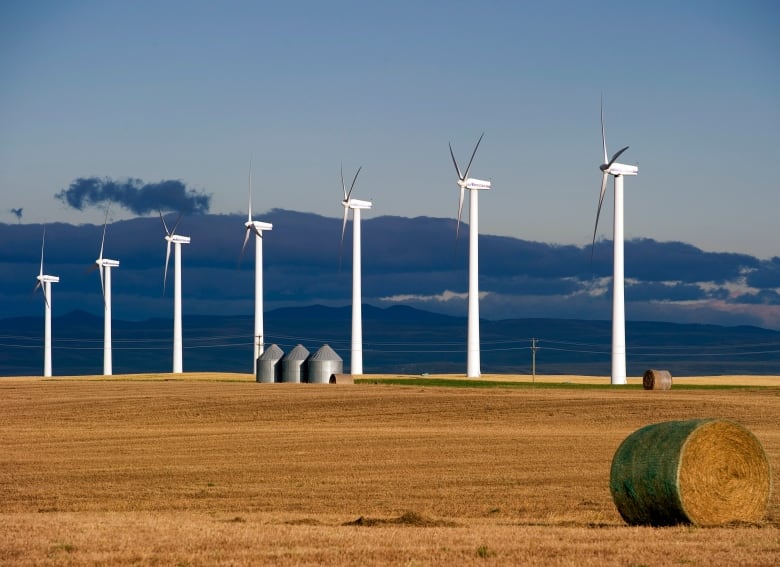 The transition to net zero carbon emissions in Canada would create more than 17 million jobs by 2050, according to one labour-sponsored study. (Reuters)

The linchpin of the New Democrat’s green jobs plan is a related promise to require “large-scale building retrofits across all sectors” to reduce energy demand, including setting a target to retrofit “all housing stock in Canada by 2050,” with half of the improvements to be completed within the next 11 years.

To put that in perspective, the 2016 Census counted 14.1 million private dwellings across the country. So meeting that 50 per cent target in little more than a decade would require the renovation of more than 630,000 homes each year — a truly massive task.

The NDP is also vowing to build a half-million new affordable housing units over the next decade.

The NDP and the future of social democracy in Canada 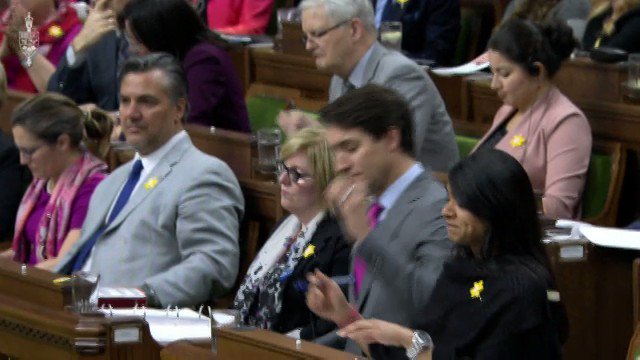 The Prime Minister says Indigenous people need to determine their own path forward. So why won’t he agree with @NWAC_CA @FAQQNW @_ONWA_ @FAFIAAFAI and the generations of First Nations women and advocates fighting to get rid of the gender discrimination in the Indian Act? pic.twitter.com/oNcNjR3cKn

It’s very clear that conservatives have one plan for dealing with the popularity of the Green New Deal: scaring the hell out of people.

Myron Ebell of the conservative Competitive Enterprise Institute, the man who led the drive to pull America out of the Paris climate accords, said the other day that the Green New Deal was a “back-to-the-dark-ages manifesto.” That’s language worth thinking about, coming from perhaps the Right’s most influential spokesman on climate change.

Ebell’s complaint (and that of the rest of the Right) is that the set of proposals to address climate change and economic inequality put forth last week by Rep. Alexandria Ocasio-Cortez and Sen. Ed Markey would do too much, and cost too much. Indeed, he describes the Green New Deal this way: “It calls for net-zero greenhouse gas emissions in 10 years, ‘upgrading all existing buildings’, and replacing our vehicle fleet with electric cars and more mass transit. And turning our energy economy upside down must be accomplished while ending historic income inequities and oppression of disadvantaged groups.” All of which sounds good not just to me, but to most people: Polling for the Green New Deal is through the roof, especially among young people so ably organized by the Sunrise Movement.

But even if ending historic oppression doesn’t catch your fancy, it’s not a return to the Dark Ages. A return to the Dark Ages is what happened in New Orleans when Hurricane Katrina hit: Survivors dying in the convention center of a modern American city, locals organizing a makeshift “navy” to try to pluck people from rooftops after levees collapsed. MORE