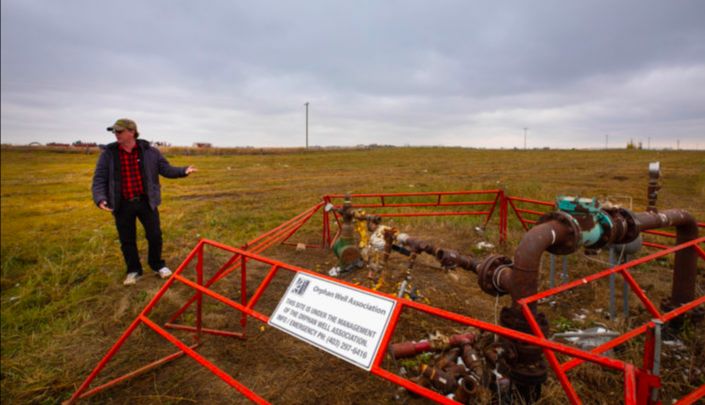 Hundreds of pages of documents. Hundreds of dollars to access. And just about as many acronyms.

Earlier this year, The Narwhal’s readers ponied up the cash to access lobbying records from the Alberta Energy Regulator. Readers wanted to know what Canada’s largest oil lobby group, the Canadian Association of Petroleum Producers (CAPP), was up to at all those meetings, workshops, breakfasts and coffee dates at Second Cup.

Turns out, there’s a lot to talk about.

We found that the regulator is quietly projecting the number of inactive wells in the province will double by 2030.

Then we found the oil lobby was actively pushing for the decision to automate the approval of oil and gas wells — a move that CAPP said would result in 15-minute approvals.

And now, in the final instalment in this series (our Alberta reporter, Sharon J. Riley, will have screen-shaped eyes if she spends any more time on these documents), we’ve found CAPP is lobbying the regulator to “streamline” the public involvement process in many oil and gas projects.

In the documents, the oil lobby group laments that allowing the public to file statements of concern about proposed projects is the “Achilles heel” of the approval process.

Legal experts say the oil industry’s proposed changes will “come at the expense of everyday Albertans.”

Dive into the details of our investigation to read more about how oil lobbyists are proposing to reduce, or eliminate, public involvement in the review of oil and gas projects. MORE