Three of the Wet’suwet’en women arrested today at the Unist’ot’en camp—Freda Huson, Brenda Michell, and Victoria Redsun—have been freed from custody. UNIST’OT’EN CAMP

This evening, the RCMP issued yet another news release suggesting that the situation in northern B.C. is under control.

Seven people were arrested at the Unist’ot’en camp at the 66-kilometre point on the Morice West Forest Service Road.

In Metro Vancouver, another 57 people were arrested today following shutdowns at Port of Vancouver operations in Vancouver and Delta.

Meanwhile, a large group of demonstrators has gathered at the B.C. legislature in advance of tomorrow’s speech from the throne.

And another group blocked a railway in Vancouver’s Strathcona neighbourhood going into the Port of Vancouver.

Main and Hastings is NOT our final destination. There are bigger plans in the works. Stay tuned. #ShutDownCanada #wetsuwentenstrong 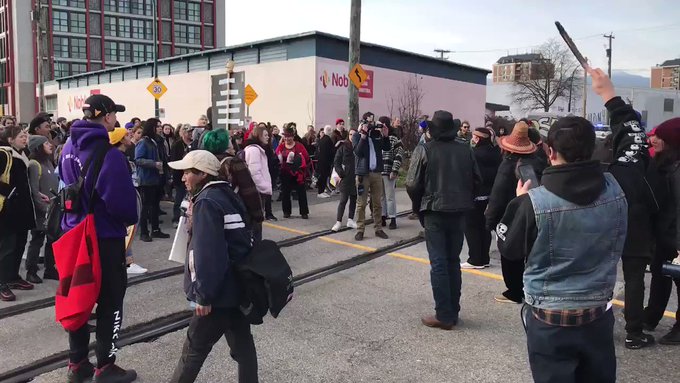 That’s because Prime Minister Justin Trudeau and Premier John Horgan were so dim-witted as to think their governments could give the green light to a natural gas pipeline across unceded Wet’suwet’en traditional territory without triggering a popular rebellion.

The hereditary chiefs had already gone to the Supreme Court of Canada more than two decades ago to establish that their Aboriginal title existed. And they had kiboshed two other proposed pipelines across their territory.

Did Trudeau and Horgan seriously believe that the latest one by Coastal GasLink would be built to fuel their $40-billion LNG fossil-fueled pipedream?

But what other words can describe a movement that has shut down railways in different cities, closed the country’s biggest port for several days, and blocked traffic on highways and bridges, including the two crossings that connect Victoria with the suburb of Esquimalt?

If you can’t show up in Bella Bella ro support everyone gathered here, find a local action, organize a local action, read the supporter toolkit, make a donation, make your mark. Haíɫzaqv women continue to hold it down for our Wet’suwet’en relatives. http://unistoten.camp/supportertoolkit/ … 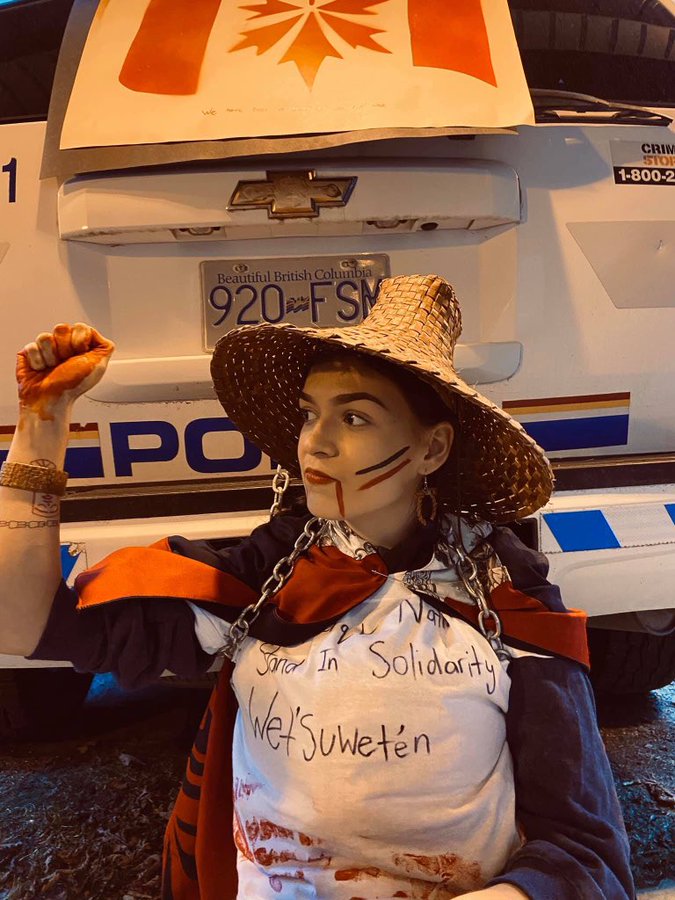 The RCMP said this evening that its “major enforcement operations” have concluded in connection with the B.C. Supreme Court injunction obtained by Coastal GasLink.

“I am very satisfied that this operation was conducted safely and there were no injuries sustained by anyone,” RCMP senior commander David Attfield said in the news release. “This was a very challenging situation, and I am proud of the professionalism displayed by our members.”

It reminds me of former U.S. president George W. Bush’s flying onto an aircraft carrier early in the Iraq war on May 1, 2003, and delivering a boisterous speech to the troops under the banner “Mission Accomplished”.

That military conflict dragged on for several more years.

Mohawks prepare to enter 6th day of railway shutdown in support of Wet’suwet’enhttps://www.cbc.ca/news/indigenous/tyendinaga-mohawks-wet-suwet-en-rail-shutdown-1.5458980 … 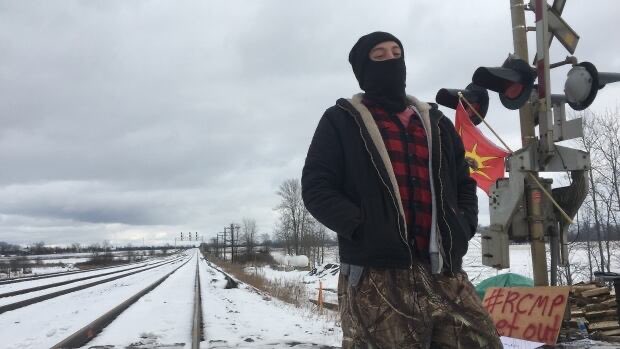 Similarly, the dispute over the Coastal GasLink pipeline is far from over in Canada. And anyone who believes that major enforcement operations have ended in connection with the Wet’suwet’en hereditary chiefs’ grievances is kidding themselves.

For proof, all they have to do is watch what happens on Tuesday (February 11) when B.C. legislature begins its spring sitting.

Or when the Lions Gate Bridge and Ironworkers Memorial Second Narrows Crossing are shut down.

We can all expect a fair amount of chaos for a while.

Trudeau and Horgan aren’t helping matters by their constant harping about their determination to address the climate crisis and their respect for Indigenous rights. That only enrages people even more every time these politicians’ actions say the opposite.

Today, Mounties arrested Unist’ot’en women deep on their unceded traditional territory as they were holding a ceremony honouring missing and murdered Indigenous women.

The hashtag #WetsuwetenStrong now routinely appears alongside such hashtags as #AllEyesOnWetsuweten, #ReconciliationIsDead, and #thetimeisnow.

Most ominously for those who make their living on Bay Street, #WetsuwetenStrong is increasingly showing up alongside another hashtag: #ShutDownCanada.

This is what Trudeau and Horgan have created by failing to fully consider how much support Wet’suwet’en hereditary chiefs could muster in their struggle to maintain their infrastructure—the land—that has nourished their people for thousands of years.

Now, Canadians are going to have to get used to regular disturbances to their infrastructure in the rest of Canada.

Yesturday Te Ara Whatu and allies stood in support of Wet’suwet’en outside the Canadian Consulate. We absolutely denounce all ongoing violence towards land protectors & send our prayers to those on the frontlines 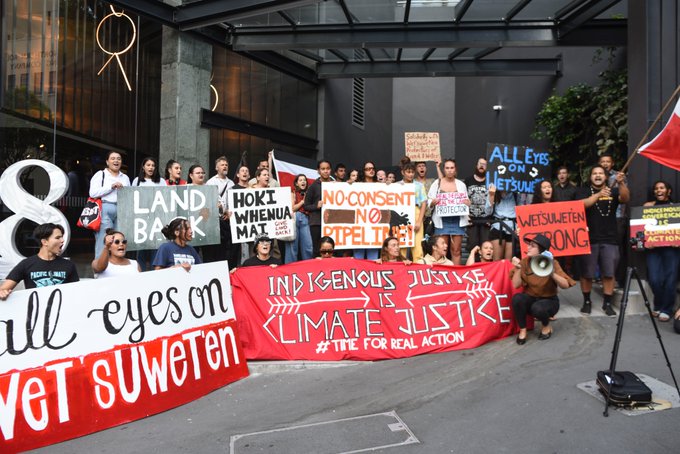 55 people are talking about this 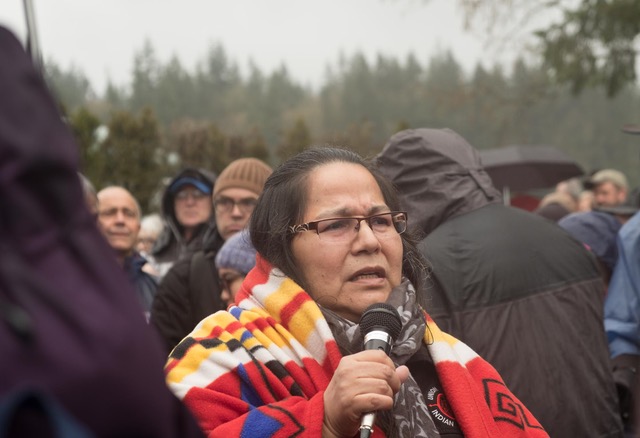