The company says all food packaging will be reusable by 2025 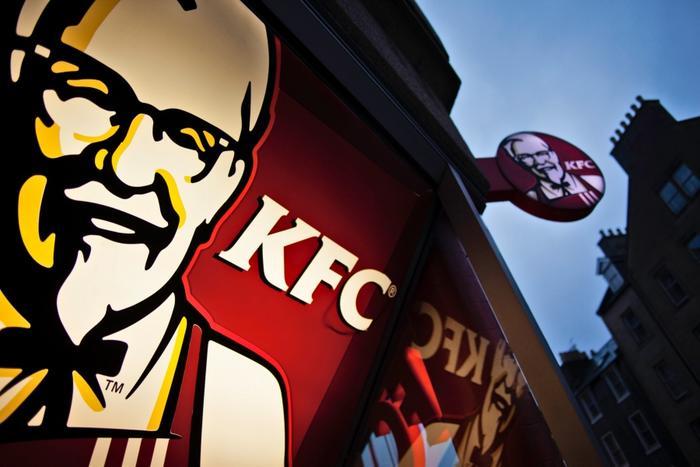 One by one, chain restaurants have pledged to cut the use of antibiotics, switch to cage-free eggs, and adopt other sustainability policies. Now, KFC is turning its attention to another environmental issue — plastic.

The company has pledged that by 2025, all plastic-based, consumer-facing packaging will be recoverable or reusable. KFC says it’s part of its long-term plan to implement a more sustainable packaging strategy in its restaurants.

Single-use plastic has become a major environmental problem because it usually ends up in the ocean, where it threatens marine life and even becomes part of the human food chain. Fast food restaurants, in particular, are major consumers of single-use plastic with their use of drink containers, utensils, and food packaging.

Because of their massive, worldwide scale, fast-food restaurants are a major contributor to plastic pollution. But that huge scale also holds the potential for reducing the problem when these companies adopt ways to limit the use of single-use plastic in their operations.

“As a global brand that operates more than 22,000 restaurants in over 135 countries, KFC is in a position to have a real impact on how the industry approaches waste and packaging management overall,” said Tony Lowings, KFC’s CEO. “With environmental sustainability as a core aspect of how we do business, this commitment represents a public acknowledgment of the obligation we have to address these serious issues.”

A growing number of restaurant chains have stuck a toe in the plastic sustainability waters by pledging to eliminate plastic straws, a relatively small part of the problem. In many cases, local governments have forced the issue by requiring restaurants within their boundaries to switch to paper straws, which are readily available but more expensive.

McDonald’s is currently testing paper straws at some of its stores and Starbucks has pledged to make the switch by next year. Pepsico, the parent company of Pepsi, recently promised to make greater use of recycled plastic in its packaging.

To meet its newly-set goals KFC said it is working with major suppliers and franchisees to identify alternatives to plastic that make sense. In addition to plastic straws, it will try to reduce the use of plastic in bags, utensils, and drink lids.

Plastic pollution is not just unsightly, it can have serious health consequences. Scientists have long known that materials used to make plastic, some of them toxic, can “leak” into the environment, even if the plastic itself doesn’t biodegrade.

Researchers estimate that about 20 percent of the plastic in the ocean comes from ships and platforms that are offshore. The rest gets blown into the ocean, washed out by tides, or comes from intentional garbage dumping. SOURCE

In the developed world we should take heart from people’s willingness to try new, vegan foodstuffs – and from the success of the companies that make them 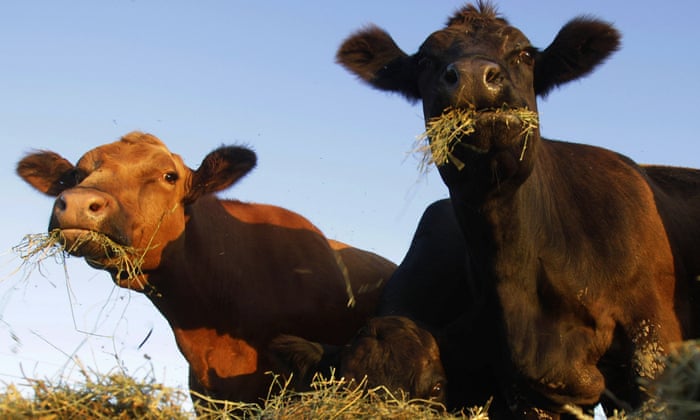 Diet is among lifestyle changes urgently needed if developed nations are to have a hope of meeting targets for reduced carbon emissions.’ Photograph: Seth Perlman/AP

The Seventh-day Adventist church in the US adheres historically to vegetarianism, in large part to the teachings of a co-founder of the church – Ellen G White – who advocated for meat-free diet habits following a prophetic vision. Mrs White apparently thought eating animal flesh would “excite and strengthen the lower passions” and had “the tendency to deaden the moral powers”. For almost a decade from the late 19th century a slice of America was marketed and brought up on meat substitutes such as Nuteena, a peanut-based loaf, along with Wham, Tuno, FriChick and Big Franks. While there has always been a market for growing numbers of vegetarians and vegans worldwide, the cause of meat-free diets has been given in recent years a rocket boost, not by religion but by reason.

Diet is among lifestyle changes urgently needed if developed nations are to have a hope of meeting targets for reduced carbon emissions, a must to halt global heating. Every environmentalist and a great many ordinary people – including plenty of non-vegetarians – know that grains, vegetables and pulses including soya ought to soon form a far larger share of the typical western diet than they do at present. Industrialised agriculture and livestock farming are massively carbon-intensive activities. While the UN estimates they cause 23% of global emissions, critics believe this is an underestimate and the true total is far higher.

Last week KFC (formerly Kentucky Fried Chicken) became the latest fast food giant to announce that it is working on new products based on meat substitutes: in this case, “Beyond Fried Chicken”, a vegan nugget developed in partnership with California-based company Beyond Meat. Following Burger King’s launch this year of the meat-free Whopper, with ingredients supplied by Beyond Meat’s main competitor, Impossible Foods, the KFC announcement confirms what was already clear: there is real momentum, and money, behind the growth of plant-based alternatives to meat.

Veganism in the UK is nothing new. But for some people it is changing our food landscape too fast. Last year the bakery chain Greggs faced criticism for selling a vegan sausage roll filled with meat-free Quorn. When a row between food writer Selene Nelson and Waitrose magazine editor William Sitwell exploded into headlines after Mr Sitwell sent such a rude reply to a proposal for a vegan recipe series, he resigned. It is ridiculous to treat shoppers for pastry snacks as warriors in a culture war.

The structural shifts required to address the climate crisis will not be made in bakeries. The countries that drove the global rise in the consumption of animal products in the past are not the ones that will do so in future. But that doesn’t mean the rich world can go on eating beef and lamb with impunity, any more than we can continue to fly around the world without thinking about the harm that air traffic entails. Instead, we should take heart from the instances in which behaviour change is a message that consumers are willing to consider (the reduction in plastic bag use is another). Greggs’ shares jumped more than 13% between February and March this year, and the company is working on a vegan version of its steak bake. Bring it on.