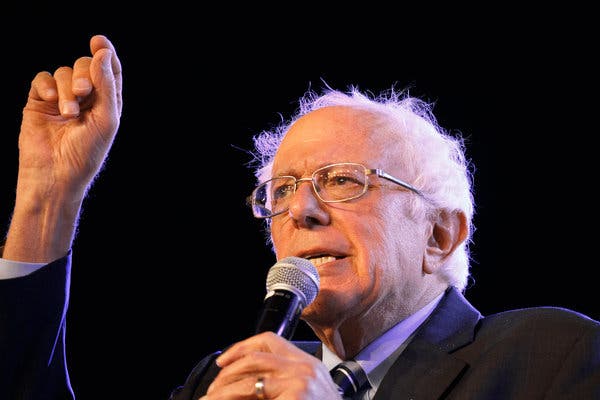 WASHINGTON — Senator Bernie Sanders on Thursday will release a $16.3 trillion blueprint to fight climate change, the latest and most expensive proposal from the field of Democratic presidential candidates aimed at reining in planet-warming greenhouse gases.

Mr. Sanders’s proposal comes one day after Gov. Jay Inslee of Washington, who made climate change the central focus of his campaign, announced he was dropping out of the 2020 race. Mr. Inslee’s absence could create an opening for another presidential aspirant to seize the mantle of “climate candidate.”

Mr. Sanders said in an interview Wednesday night that his proposal would “pay for itself” over 15 years and create 20 million jobs in the process.

There is no broadly agreed-upon figure of how much needs to be spent to decarbonize the United States economy, but one study estimated that as much as $4.5 trillion could be needed just to modernize the nation’s power grid.

The rhetoric from candidates like Sanders, Warren and even Biden echoes the fervor of the climate change activists backing the Green New Deal. 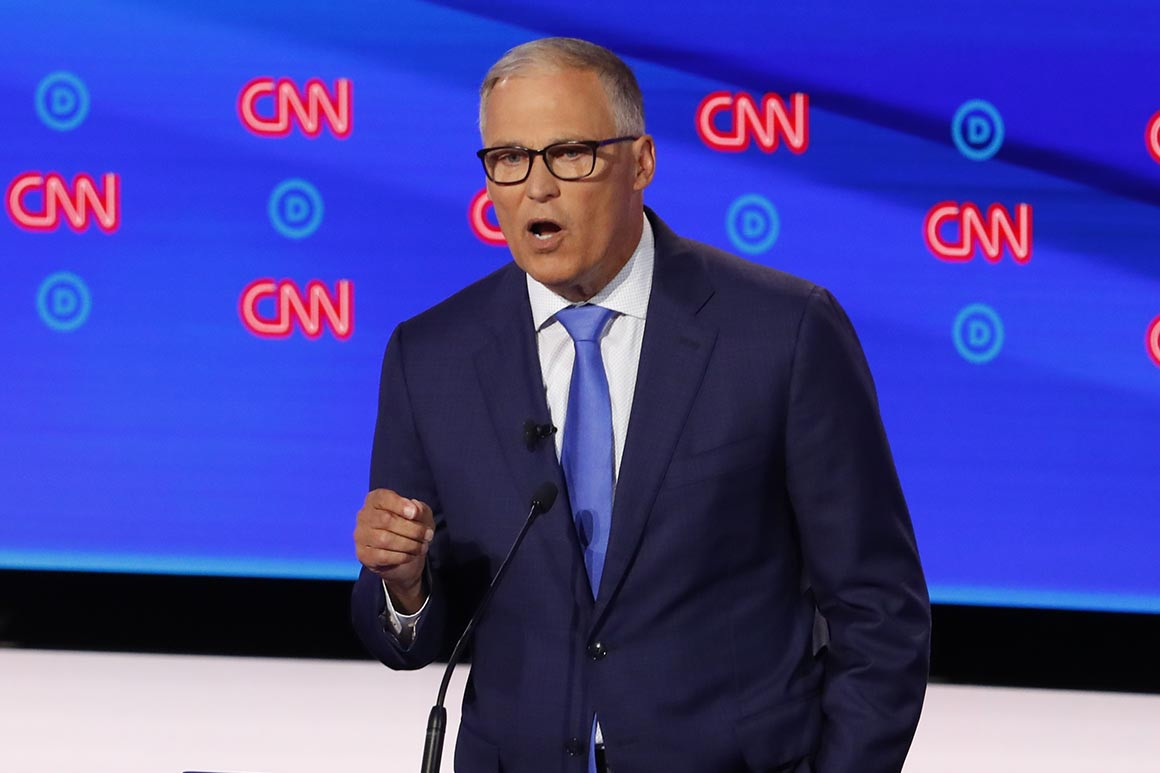 Democratic White House hopefuls are getting increasingly aggressive on climate change — and calling for oil, gas and coal producers to pay for their role in climbing temperatures, rising seas and catastrophic weather.

The rhetoric echoes the fervor of climate change activists who have pushed Democrats to embrace an ambitious “Green New Deal” that would wean the U.S. off fossil fuels in a decade or more, and comes amid lawsuits from states, cities and citizens accusing the companies of hiding evidence that their products are harming the planet.

But Republicans say they welcome the trend, too, accusing Democrats of pushing a radical attack on an industry that has provided one of the brightest spots in the economy and has reduced U.S. dependence on foreign oil.

“The deeper and the longer the Democrats talk about this, the happier the Trump campaign is,” said Ford O’Connell, a Republican strategist who speaks regularly with the White House and President Donald Trump’s reelection effort. “They see fodder not so much in the issue but in the solutions being proposed by the Democrats.” MORE

The two videos below, one American, one Canadian, show why activism is so important now and  why so many environmental organizations are  organizing for a Green New Deal for Canada.

At a Sunrise Movement rally, on Monday, Alexandria Ocasio-Cortez criticized “both sides” of the aisle for sidelining climate action. Photograph by Alex Wong / Getty

Now folks, politicians give speeches all the time. Most of them are nothing more than hot air, filled with empty promises and blue sky blathering. The speakers know their promises will never be fulfilled. The audience knows the promises they are hearing are just sloganeering. We all wink and nod and pretend we are witnessing some historic peroration, knowing in our heart of hearts that it is all window dressing designed to obscure the real political wheeling and dealing that goes on in the background.

She pushes back hard against the namby pamby, go slow, middle of the road policies put forth by Joe Biden and clears the air about charges by Republicans that she seeks to make America a socialist country by reminding her audience that a strong nation, a proud nation, a great nation is one that tends to the needs of the poor and the powerless.

Some speeches leave a permanent mark on society. This speech by AOC may well stand the test of time. Please watch the entire video below. It is just over 11 minutes long and it may be the best speech of the 21st century so far.

And if you need more convincing that Canadians face an urgent climate crisis, watch this video by Elizabeth May:

The message is clear: there is no ‘middle ground’ when dealing with the  climate emergency. Fossil fuel interests will have to stop expansion projects and leave it in the ground.

The Vermont senator and 2020 presidential candidate said the U.S. must commit to “fully transforming our energy system away from fossil fuels”

“There is no ‘middle ground’ when it comes to climate policy,” said Sen. Bernie Sanders, a 2020 presidential candidate. (Photo: Mark Wilson/Getty Images)

“There is no ‘middle ground’ when it comes to climate policy,” the Vermont senator tweeted, quoting from a Reuters report on Biden’s efforts to develop a climate plan that would leave the door open to so-called “fossil fuel options.”

“If we don’t commit to fully transforming our energy system away from fossil fuels, we will doom future generations,” wrote Sanders, who is also a 2020 Democratic presidential candidate. “Fighting climate change must be our priority, whether fossil fuel billionaires like it or not.”

As Common Dreams reported in April, Sanders won praise from environmental groups after he unveiled a sweeping climate agenda calling for a Green New Deal, an end to oil exports, a complete ban on fracking, and a moratorium on all new fossil fuel infrastructure projects.

“There is no such thing as a middle ground on climate change.” – Greenpeace USA climate campaigner Charlie Jiang

Environmentalists were not pleased with reports of Biden’s middle-of-the-road approach to confronting the climate crisis, which has pushed a million species to the brink of extinction and threatens the future of human civilization.

No Joe, there is no "middle ground" on climate breakdown – there is bold, transformative action or there is sinking ground, burning ground and churning ground. "Presidential hopeful Biden looking for ‘middle ground’ climate policy" https://t.co/8q2WPzU7w0