“Our land underneath us is melting as we speak. It’s climate change and it’s not faring well for a lot of people up here.” 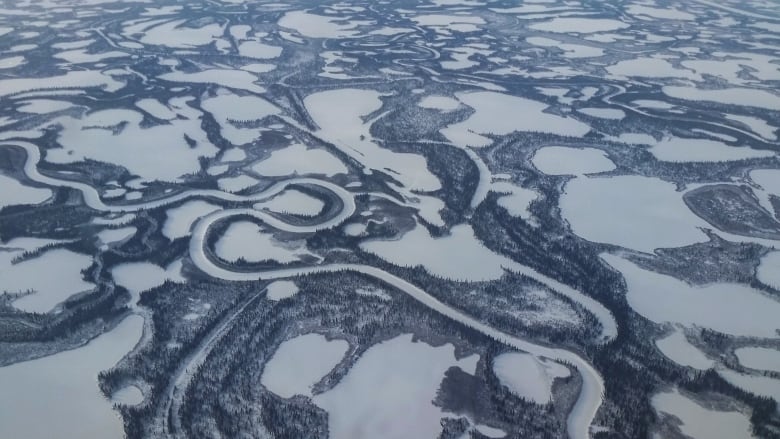 The landscape of the Mackenzie Delta is a maze of small lakes and rivers. Thawing permafrost is now transforming it in ways no one has ever seen. Canada’s Inuit want a bigger role in climate change mitigation and adaptation. (David Michael Lamb/CBC)

On Friday in Inuvik, N.W.T., Inuit Tapiriit Kanatami is releasing a national climate change strategy to help Inuit adapt and thrive while becoming climate change leaders, according to the organization. 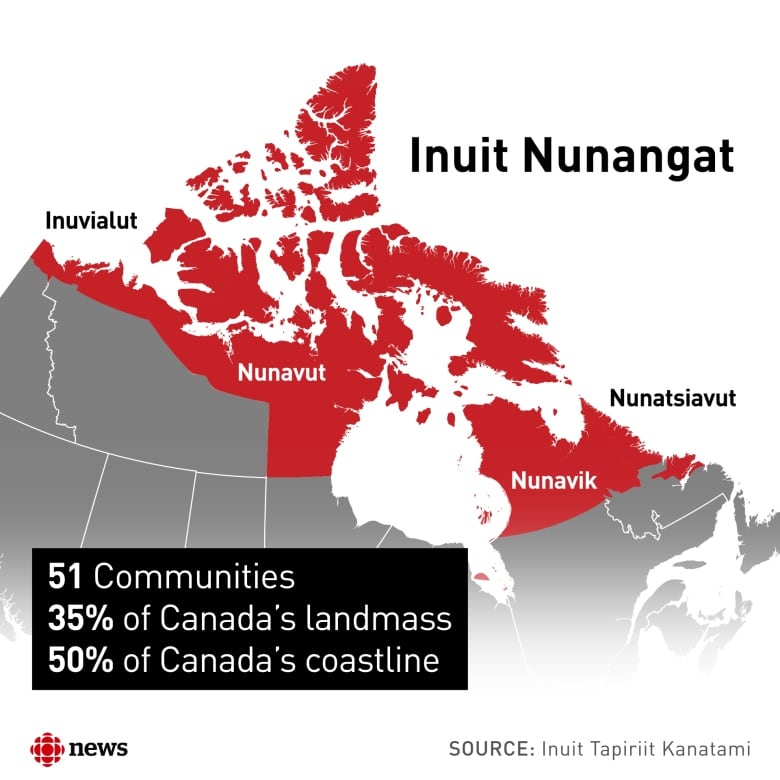 Inuit Nunangat, the Inuit homeland, accounts for 35 per cent of Canada’s landmass. (CBC)

“Inuit are often brought into the conversation as ‘canaries in a coal mine’ talking about the personal lived experience of the effects of climate change,” Natan Obed, Inuit Tapiriit Kanatami president, said in Inuvik.

The organization represents roughly 65,000 Inuit in Canada. Most live in 51 communities spread out over four regions, areas warming at a rate up to three times faster than the global average.

“We are not just a small bit player. We don’t want to sit by and listen to others talk about our fate. We want to be participating and active actors in creating solutions that will not only help Inuit Nunangat, but the globe.”

The strategy focuses on five priorities:

At every turn, First Nations women and children are forced to wait for justice and are denied their basic human rights and access to the same programs and services available to their fathers, brothers and uncles.

As expected, the Assembly of First Nations was first out of the gate offering glowing praise for this Liberal government’s federal budget, followed shortly thereafter by the Metis National Council and Inuit Tapiriit Kanatami — the three male-dominated national Aboriginal organizations. Their organizations have seen substantial increases in funding for their political organizations in recent years.

The exclusion of Indigenous women and girls as a priority in this federal budget is a glaring example of the ongoing racism and sexism that is so deeply embedded in Canada’s laws, policies, practices and institutions — the very same racism and sexism the Liberal government claims to be against. MORE

Union leaders attend the UN Conference on the Status of Women