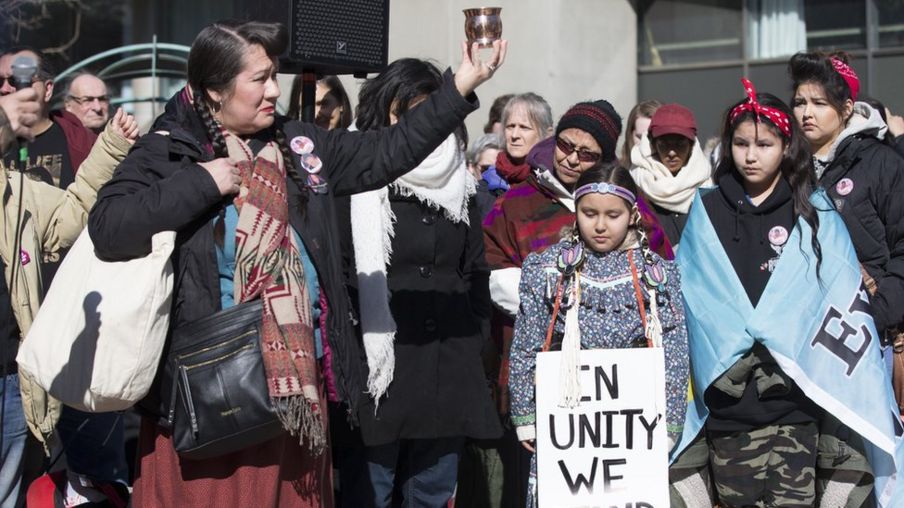 A national public inquiry into possibly thousands of missing and murdered indigenous women in Canada has called the deaths a “Canadian genocide”.

The report was leaked to Canada’s national broadcaster CBC which published details on Friday.

The report is due to be formally released at a ceremony on Monday.

The findings of the National Inquiry into Murdered and Missing Indigenous Women and Girls are long-awaited in Canada, where there are about 1.6m indigenous people.

“It took 40 years to get to this present moment and only because indigenous women have been on the ground making noise about this,” Robyn Bourgeois, a campaigner on the issue, told the BBC.

The inquiry concluded that about 1,200 aboriginal women had been murdered or gone missing in Canada since 1980, but some activists say the number is likely to have been far higher.

‘Why Are So Many of Our Girls Dying?’ Canada Grapples With Violence Against Indigenous Women