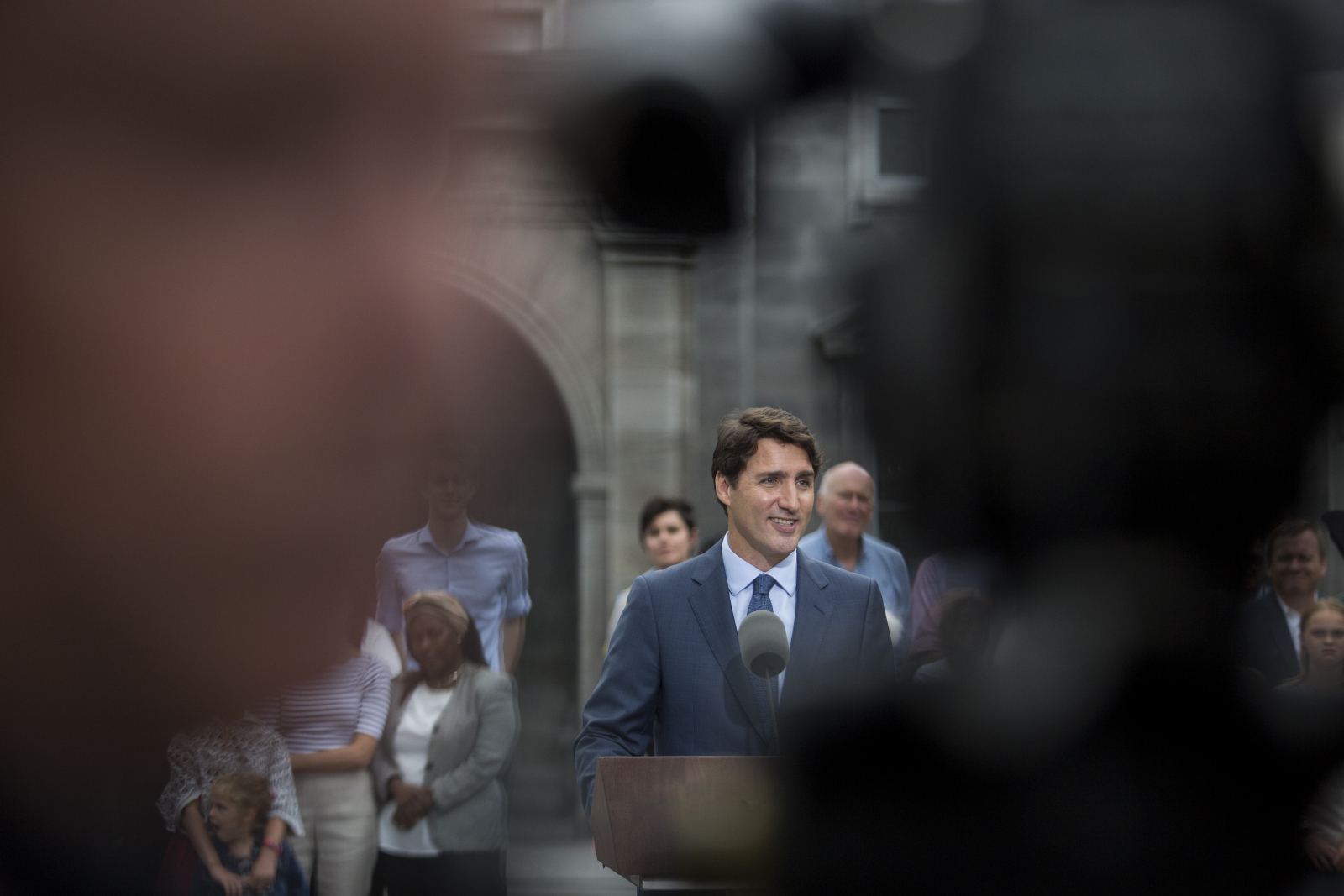 The real measure of racism in Canada is not how many times Justin Trudeau has appeared in blackface or brownface, but how long it has taken media and political institutions to even admit the existence of a problem.

There is no need to comb through Trudeau’s past to find evidence of racism; it’s all over his recent political record:

• shoving projects like the Trans Mountain pipeline through unceded Indigenous lands without consent;

• sending in armed forces against Indigenous land protectors in unceded territories like the Unist’ot’en camp;

• refusing to suspend the Safe Third Country Agreement with the United States, which turns away mostly black and brown asylum seekers on the myth the U.S. is “safe”;

• eviscerating refugees’ international legal right to seek asylum with amendments to the Immigration and Refugee Protection Act that will deny many claimants a fair hearing;

• increasing deportation targets by 25 to 35 per cent, coinciding with the arrival of Haitian, Nigerian and other black asylum seekers at the border;

• continuing the cruel practice of indefinite immigration detention (even the U.S. imposes a time limit);

• entering into information-sharing and border-search agreements with the U.S., enabling the harassment of black, brown and Muslim travellers.

And yet, the same media outlets now in a frenzy over face-gate long refused to acknowledge the truth staring them in the face: racism pervades Canadian politics.

When 44 per cent of Canadians admitted to Angus Reid they “could not” vote for a prime minister who wears a turban, this was spun into congratulatory headlines announcing a “majority of Canadians would consider voting for a Sikh prime minister” — celebrating the racist glass for being only half full.

And when polls showed only 6.1 per cent of Canadians considered Jagmeet Singh the “most ethical party leader” — far behind Andrew Scheer and Trudeau, even in the wake of revelations about Scheer’s racist Yellow Vest fraternization and Trudeau’s SNC-Lavalin corruption — no one bothered to ask why a brown man with a turban and no scandals was perceived as so much less “ethical” than two white men with major scandals. MORE