Tuesday, April 2nd 2019, 9:37 pm – A new study commissioned by Environment and Climate Change Canada reveals the alarming findings. The Weather Network is rolling out a three-part series in the coming weeks that will analyze how this report will impact each region of Canada.

The world’s climate is changing and Canada is warming twice as fast as the rest of the planet. Just a few hundred kilometers north the situation becomes increasingly dire as Northern Canada is heating up almost three times as rapidly as the global average, according to a new study commissioned by Environment and Climate Change Canada (ECCC), which states that the damage will be “effectively irreversible.”

The Canada’s Changing Climate Report states that since 1948 annual average temperatures in Canada have increased by 1.7°C and 2.3°C in Northern Canada, whereas the average global temperature on Earth has increased by approximately 0.8°C since 1880 according to NASA. Findings suggest that the environmental crisis is just beginning, as widespread warming is projected to intensify.

As shown in the figure below, the North, the Prairies, and northern British Columbia have warmed significantly faster. This unusually rapid warming in the North is referred to as Arctic amplification, which means that temperatures in the Arctic have warmed twice as fast as regions in the mid-latitudes, and is in part caused by sea ice melt and global atmospheric mechanisms that transport heat from the equator to the Arctic. 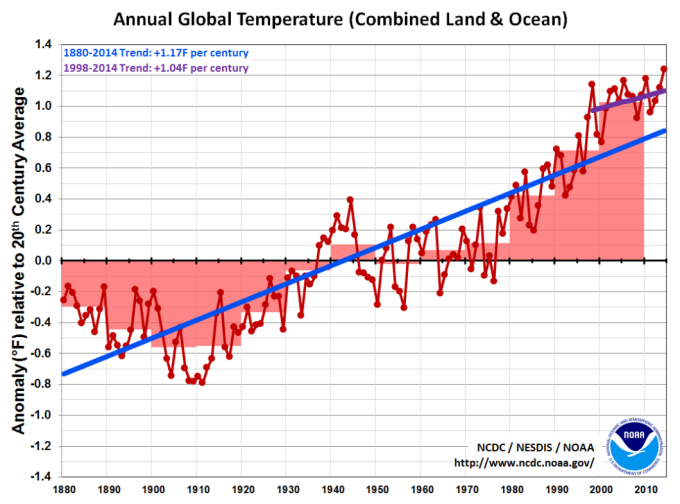 A warming of just a fraction of a degree can have catastrophic impacts on certain ecosystems, and the unprecedented rate of warming in Canada could collapse major agricultural industries, flood coastlines, and significantly increase the frequency of damaging extreme weather events.

Notable highlights from the report include: MORE