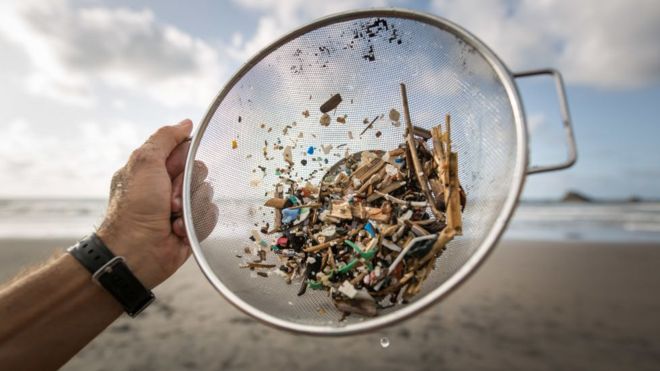 Plastic from Almaciga Beach, on the north coast of the Canary Island of Tenerife  Getty Images

Microplastics are found everywhere on Earth, yet we know surprisingly little about what risks they pose to living things. Scientists are now racing to investigate some of the big unanswered questions.

Daniella Hodgson is digging a hole in the sand on a windswept beach as seabirds wheel overhead. “Found one,” she cries, flinging down her spade.

She opens her hand to reveal a wriggling lugworm. Plucked from its underground burrow, this humble creature is not unlike the proverbial canary in a coal mine.

A sentinel for plastic, the worm will ingest any particles of plastic it comes across while swallowing sand, which can then pass up the food chain to birds and fish.

“We want to see how much plastic the island is potentially getting on its shores – so what is in the sediments there – and what the animals are eating,” says Ms Hodgson, a postgraduate researcher at Royal Holloway, University of London.

“If you’re exposed to more plastics are you going to be eating more plastics? What types of plastics, what shapes, colours, sizes? And then we can use that kind of information to inform experiments to look at the impacts of ingesting those plastics on different animals.”

Microplastics are generally referred to as plastic smaller than 5mm, or about the size of a sesame seed. There are many unanswered questions about the impact of these tiny bits of plastic, which come from larger plastic debris, cosmetics and clothes. What’s not in dispute is just how far microplastics have travelled around the planet in a matter of decades.

“They’re absolutely everywhere,” says Hodgson, who is investigating how plastic is making its way into marine ecosystems. “Microplastics can be found in the sea, in freshwater environments in rivers and lakes, in the atmosphere, in food.”

The island of Great Cumbrae off Scotland’s Ayrshire coast is a favourite haunt of day trippers from nearby cities like Glasgow. A ferry ride away from the town of Largs, it’s a retreat for cyclists and walkers, as well as scientists working at the marine station on the island. On a boat trip off the bay to see how plastic samples are collected from the waves, a dolphin joins us for a while and swims alongside. 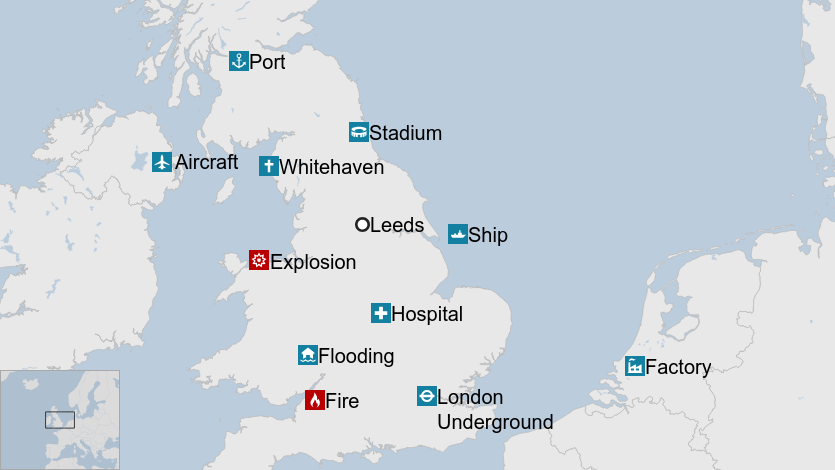 Even in this remote spot, plastic pollution is visible on the beach. Prof David Morritt who leads the Royal Holloway University research team points out blue twine and bits of plastic bottles that wash up with the seaweed at Kames Bay. Where it’s coming from is the “multi-million-dollar question”, he says, holding up a piece of blue string.

“We’ve just been looking at some of the plastic washed up on the strand line here and you can tell fairly obviously it’s fishing twine, or it’s come from fishing nets. Sometimes it’s much more difficult. By identifying the type of polymer, the type of plastic it is and then by matching that with the known uses of those polymers you can sometimes make an educated guess of where that plastic’s likely to have come from.”

From the Great Pacific garbage patch to riverbeds and streams in the UK, microplastics are among the most widespread contaminants on the planet, turning up from the deepest parts of our oceans to the stomachs of whales and seabirds. The explosion in plastic use in recent decades is so great that microplastics are becoming a permanent part of the Earth’s sedimentary rocks.

While studying rock sediments off the Californian coast, Dr Jennifer Brandon discovered disturbing evidence of how our love of plastic is leaving an indelible mark on the planet. MORE

Microplastics in ‘every studied animal’ 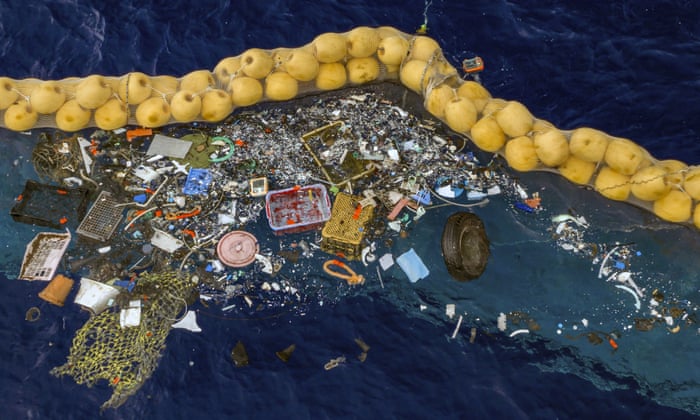 The boom skims up waste ranging in size from a discarded net and a car wheel to tiny chips of plastic. Photograph: AP

A huge floating device designed by Dutch scientists to clean up an island of rubbish in the Pacific Ocean that is three times the size of France has successfully picked up plastic from the high seas for the first time.

Boyan Slat, the creator of the Ocean Cleanup project, tweeted that the 600 metre-long (2,000ft) free-floating boom had captured and retained debris from what is known as the Great Pacific Garbage Patch.

Alongside a picture of the collected rubbish, which includes a car wheel, Slat wrote: “Our ocean cleanup system is now finally catching plastic, from one-ton ghost nets to tiny microplastics! Also, anyone missing a wheel?”

About 600,000 to 800,000 metric tonnes of fishing gear is abandoned or lost at sea each year. Another 8m tonnes of plastic waste flows in from beaches.

Ocean currents have brought a vast patch of such detritus together halfway between Hawaii and California, where it is kept in rough formation by an ocean gyre, a whirlpool of currents. It is the largest accumulation of plastic in the world’s oceans.

The vast cleaning system is designed to not only collect discarded fishing nets and large visible plastic objects, but also microplastics.

The plastic barrier floating on the surface of the sea has a three metre-deep (10ft) screen below it, which is intended to trap some of the 1.8tn pieces of plastic without disturbing the marine life below.

The device is fitted with transmitters and sensors so it can communicate its position via satellites to a vessel that will collect the gathered rubbish every few months. MORE