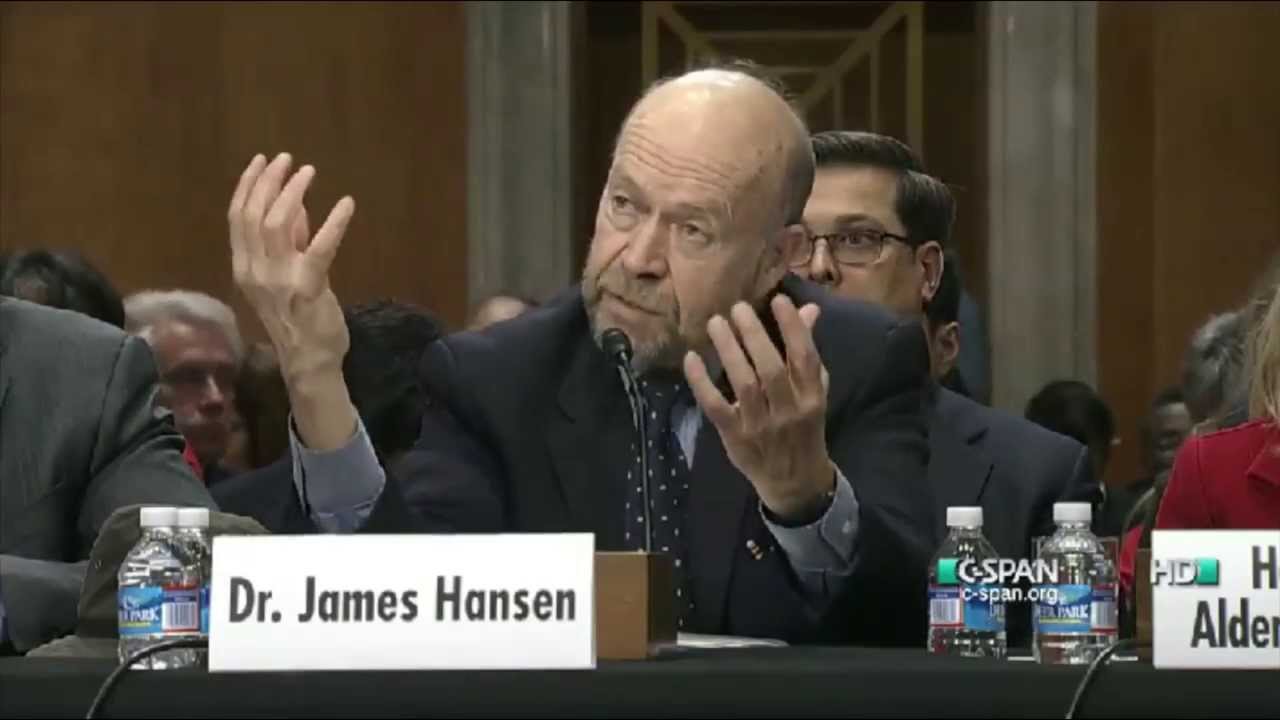 Dr. James Hansen educates Tea Party Senator Ron Johnson (R-WI) on the facts of climate change during a Senate Committee hearing on whether the Keystone XL pipeline should be approved in 2014

North of the border, there is bad news and good news.

Canada’s fossil fuel CO2 emissions remain stubbornly high, despite decreased coal use.  Emissions in 2018 were 7% greater than in 1997, the year of the Kyoto Protocol.  I don’t even want to look up what Canada promised – surely it was not increasing emissions!

The “cap” approach of the Kyoto and Paris agreements is doomed to failure.  We cannot successfully beg each of 200 nations to reduce their emissions.  Until we get the fossil fuel price to begin to reflect its costs to society, we are unlikely to solve the problem.

Canada is the #6 nation in the world in energy consumption!  Because of its large hydro and nuclear power it is ‘only’ #10 in fossil fuel CO2 emissions.  (That ranking was true in 2017; we have not yet completed emission calculations for all nations in 2018).  In per capita emissions Canada is closing in on its gross neighbor to the south and Australia.  The numbers do not include (growing) fossil fuel exports. 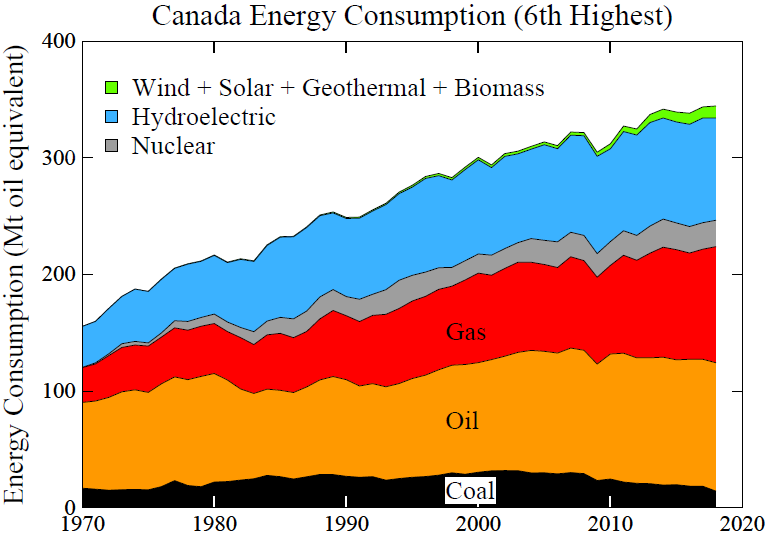 The good news up north, modest as it may be, is that last year the Canadian Parliament enacted the Greenhouse Gas Pollution Pricing Act.[1] The Act assesses fees on carbon-based fuels and on industrial facilities that exceed prescribed CO2 emission limits.  The fees apply in provinces that do not already have sufficient carbon pricing, which includes Ontario, New Brunswick, Manitoba and Saskatchewan (and Alberta, commencing in 2020).

Approximately 90 percent of the fee will be distributed uniformly to residents – you can thank the hard-working Canadian Citizens Climate Lobby for that!

The story is not finished, of course.  The Attorneys General of Saskatchewan and Ontario then sought to invalidate the Pricing Act.  They appealed to their respective Courts of Appeal last year, alleging, inter alia, that the Act violates the Canadian Constitution’s commitment to federalism and the requirement that any national tax originate in the House of Commons.

Thankfully, a number of Canadians sought to defend the national plan.  One of them, Glenn Wright of Vanscoy, Saskatchewan — a career engineer and farmer turned law student — reached out soon after reading my Dec. 18, 2018 Climate Change in a Nutshell: The Gathering Storm.  Glenn was preparing an affidavit for the National Farmer’s Union in support of a “Factum” filed by intervening citizens with the Saskatchewan court.  The NFU affidavit insisted that although the Saskatchewan  Attorney General raised technical issues of constitutional law, at bottom the “case is about the risks posed to the country by Climate Change and the duty of the Federal government to implement policy and a regulatory framework to control the specific pollutants, namely GHGs, that cause Climate Change.”[2]

Happily, I can report that, first in early May and then in late June the Canadian courts of appeals rejected the provincial challenges and instead determined that the Pricing Act is constitutional.[3]

As Dan Galpern, my advisor on climate legal and policy matters these last five years, puts it:

” Both of the provincial courts determined that the principle of federalism cannot prevent the Canadian Parliament from imposing a rational national floor for climate action – particularly where Canada’s Supreme Court earlier had determined that the matter of the environment constitutes “a diffuse subject that cuts across many different areas of constitutional responsibility, some federal, some provincial.”

Similarly, both courts determined that the Pricing Act’s conditional imposition of fees and charges amounts to a regulatory program and not a scheme of taxation aimed at raising revenue for general governmental programs. Importantly, the courts also determined that even if the Act’s fees and charges amounted to taxes, the Act’s investiture of authority in the executive branch to determine whether those should be applied to any particular recalcitrant province does not at all render them invalid.

The appellate decisions turned on fundamental questions of constitutional law, but both provincial courts demonstrated a keen comprehension of the climate crisis.  This understanding may have been aided by our Nutshell report, which was referenced in the oral arguments and submitted affidavits.

Saskatchewan Province has already appealed the matter to Canada’s Supreme Court, and Ontario may soon follow suit. The Supreme Court at present intends to hear at least the Saskatchewan matter in December. We stand ready, in whatever way makes sense, to assist that Court in comprehending the situation that Parliament attempted to confront. We will keep you apprised.

This Canadian case is but one of several that Dan and I are involved in.  I believe the legal actions are crucial for putting pressure on governments and on the fossil fuel industry.  We need support to continue our work.  You can contribute to CSAS  at https://ei.givenow.columbia.edu/#.

Be sure to enter “Gift for Climate Science, Awareness and Solutions” in the Special Instructions box when you get to the payment page.  Alternatively, you can send a check or wire. Full donation instructions can be found at http://csas.ei.columbia.edu/support.  Eunbi (ej2347@columbia.edu) also can provide assistance.

[1] Parliament recognized that emissions “present an unprecedented risk to the environment, including its biological diversity, to human health and safety and to economic prosperity” and that “it is the responsibility of the present generation to minimize impacts of climate change on future generations”.