Joseph Stiglitz: The way we assess economic performance and social progress is fundamentally wrong, and the climate crisis has brought these concerns to the fore. 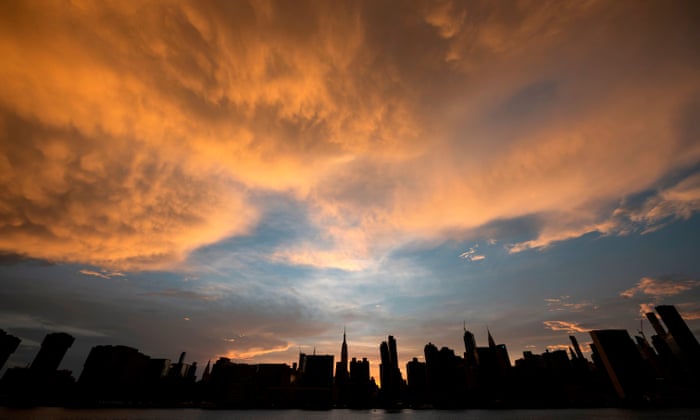 The world is facing three existential crises: a climate crisis, an inequality crisis and a crisis in democracy. Will we be able to prosper within our planetary boundaries? Can a modern economy deliver shared prosperity? And can democracies thrive if our economies fail to deliver shared prosperity? These are critical questions, yet the accepted ways by which we measure economic performance give absolutely no hint that we might be facing a problem. Each of these crises has reinforced the fact that we need better tools to assess economic performance and social progress.

The standard measure of economic performance is gross domestic product (GDP), which is the sum of the value of goods and services produced within a country over a given period. GDP was humming along nicely, rising year after year, until the 2008 global financial crisis hit. The global financial crisis was the ultimate illustration of the deficiencies in commonly used metrics. None of those metrics gave policymakers or markets adequate warning that something was amiss. Though a few astute economists had sounded the alarm, the standard measures seemed to suggest everything was fine.

Since then, according to the GDP metric, the US has been growing slightly more slowly than in earlier years, but it’s nothing to worry about. Politicians, looking at these metrics, suggest slight reforms to the economic system and, they promise, all will be well.

In Europe, the impact of 2008 was more severe, especially in countries most affected by the euro crisis. But even there, apart from high unemployment numbers, standard metrics do not fully reflect the adverse impacts of the austerity measures, either the magnitude of people’s suffering or the impacts on long-term standards of living.

Nor do our standard GDP measures provide us with the guidance we need to address the inequality crisis. So what if GDP goes up, if most citizens are worse off? In the first three years of the so-called recovery from the financial crisis, about 91% of the gains went to the top 1%. No wonder that many people doubted the claims of politicians who were then saying the economy was well on the way to a robust recovery.

For a long time I have been concerned with this problem – the gap between what our metrics show and what they need to show. During the Clinton administration, when I served as a member and then chairman of the Council of Economic Advisers, I grew increasingly worried about how our main economic measures failed to take into account environmental degradation and resource depletion. If our economy seems to be growing but that growth is not sustainable because we are destroying the environment and using up scarce natural resources, our statistics should warn us. But because GDP didn’t include resource depletion and environmental degradation, we typically get an excessively rosy picture.

These concerns have now been brought to the fore with the climate crisis. It has been three decades since the threat of climate change was first widely recognized, and matters have grown worse faster than initially expected. There have been more extreme events, greater melting of glaciers and greater natural habitat destruction.

If our measures tell us everything is fine when it really isn’t, we will be complacent

It is clear that something is fundamentally wrong with the way we assess economic performance and social progress. Even worse, our metrics frequently give the misleading impression that there is a trade-off between the two; that, for instance, changes that enhance people’s economic security, whether through improved pensions or a better welfare state, come at the expense of national economic performance.

Getting the measure right – or at least a lot better – is crucially important, especially in our metrics- and performance-oriented society. If we measure the wrong thing, we will do the wrong thing. If our measures tell us everything is fine when it really isn’t, we will be complacent.

And it should be clear that, in spite of the increases in GDP, in spite of the 2008 crisis being well behind us, everything is not fine. We see this in the political discontent rippling through so many advanced countries; we see it in the widespread support of demagogues, whose successes depend on exploiting economic discontent; and we see it in the environment around us, where fires rage and floods and droughts occur at ever-increasing intervals.

Fortunately, a variety of advances in methodology and technology have provided us with better measurement tools, and the international community has begun to embrace them. What we have accomplished so far has convinced me and many other economists of two things: first, that it is possible to construct much better measures of an economy’s health. Governments can and should go well beyond GDP. Second, that there is far more work to be done.

As Angel Gurría, secretary general of the Organisation for Economic Cooperation and Development, has written: “It is only by having better metrics that truly reflect people’s lives and aspirations that we will be able to design and implement ‘better policies for better lives’.”

In 2018, Scotland, Iceland and New Zealand established the network of Wellbeing Economy Governments to challenge the acceptance of GDP as the ultimate measure of a country’s success.

In this visionary talk, First Minister of Scotland Nicola Sturgeon explains the far-reaching implications of a “well-being economy” — which places factors like equal pay, childcare, mental health and access to green space at its heart — and shows how this new focus could help build resolve to confront global challenges. (10:01)

It’s looking pretty apocalyptic out there. We’re not just losing the fight against climate change — we’re losing it badly. Carbon emissions aren’t just not falling — they’re accelerating: 2018’s going to be the highest year ever.

What’s going wrong here? I think that we need to change the story that we tell about climate change, if we want to change our world. So far, it goes like this.

Climate change is “anthropogenic”, man-made, an inevitable outcome of a crowded, industrializing world. This story is vague, imprecise. It says that we are all responsible. It assigns us all some measure of guilt and shame, and therefore, some measure of responsibility and grief, too. The problem is that this story is true only in the most limited way — and for that reason, it limits our power to ever really fight climate change, too.

If we look a little deeper, I think we see a truer truth. Climate change isn’t just “man-made”, as in caused by all of us, “humankind”, a sad but inescapable outcome of more people using more stuff. This story — which is a Malthusian one — dooms us to impotence, through fatalism, resignation, and sheer powerlessness. But climate change isn’t some kind of hopeless tragedy — whose lines were written by sociobiological destiny.

Mom!! Umair’s being mean to me again!! Calm down, Tucker. Before you accuse me of being a college leftist, I invite you to consider two stark empirical realities, which lead me to that conclusion. When I put these two facts together, there is simply no other conclusion that I think any reasonable person can really come to, except that the story of climate change as merely “anthropogenic” is inadequate, a half-truth, a polite evasion — but I’ll return to all that. First, the two realities.

The vast majority of carbon emissions come not from just 100 companies — a full 71% of them. That’s a stunning figure, isn’t it? But what does it tell us? Well, nearly all of them are oil and gas suppliers — and most of them are corporations. It’s a truism to say something like “those companies supply your energy!” Of course they do. The point is that as corporations, they have no incentive to do so on what we might call genuinely economical terms. Their sole purpose is to profit, and sweep their “externalities”, their hidden and unwanted costs, under the rug, or shift them right back to you and me. Hence, you and I pay a far larger chunk of our incomes in taxes than the corporations responsible for 71% of carbon emissions do — and we go on hoping that one day maybe the hugely disproportionate tax dollars we pay will rein these giants in.

That, my friends, is a recipe for disaster — because while government can tax you and me, doing so won’t really alter how energy is supplied in the first place. Under capitalist terms, the supply of energy will always be as dirty, brutal, and costly to society and the planet as a corporation can possibly get away with. Hence, stark evidence emerging that these very same corporations have tried to brush the facts of climate change under the rug, turning what should be a fact into a “controversy”, funding propaganda and pseudoscience and so forth, just like with tobacco.

(That isn’t to say something like “every oil and gas supplier is bad!” Or “India and China are bad!” I want you to really understand the point. The rules of global capitalism still simply don’t count environmental costs as “real”, even while cities are beginning to drown (LOL), and therefore, the way that energy is extracted and supplied has little incentive to ever really change. The cheapest, dirtiest forms, kinds, and methods will always be used until they simply run out. Capitalism needs fundamental, systemic transformation at the level that global GDP is counted, measured, and conceptualized.) MORE 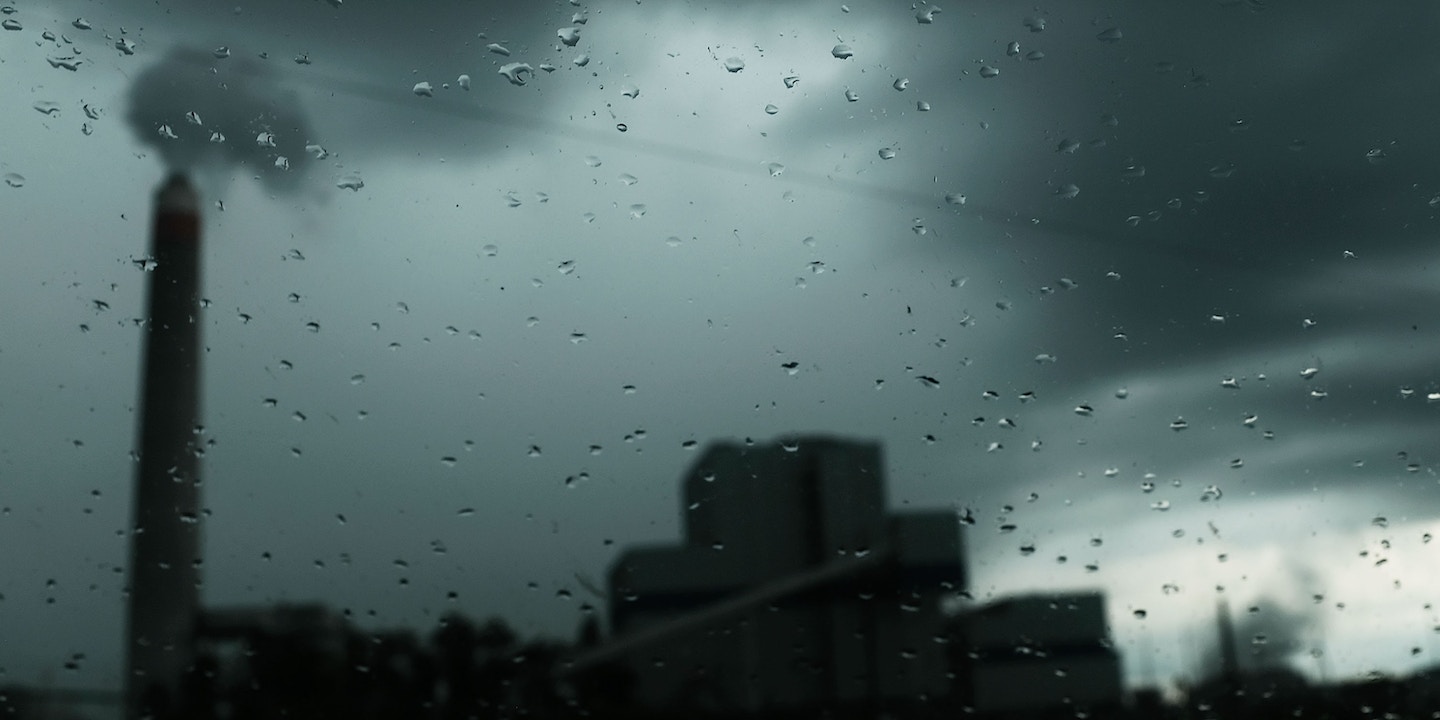