Neoliberalism is a philosophy that says growth and investor returns not hindered by government taxes and regulations will lead to economic prosperity. It results in the welfare of ordinary citizens and protection of the environment being ignored. It has been suggested that economic prosperity will trickle down to all eventually. On the contrary,experience has shown that neoliberalism results inevitably in a growing income gap in society.

The world’s biggest oil companies knew for years that climate change was real, but they did all they could to derail government action to limit greenhouse gas emissions. Donald Gutstein’s latest book, The Big Stall: How Big Oil and Think Tanks are Blocking Action on Climate Change in Canada is a deep dive into the strategies that Canadian oil companies and their friends have implemented to prevent political action to slow and reverse catastrophic climate change.

The author, a former communications professor and co-director of the media-monitoring project NewsWatch Canada at Simon Fraser University, follows the individuals and organizations that have shaped Canada’s energy and environmental policy over the last four decades.

Gutstein doesn’t neglect the politicians (he devotes a chapter to Alberta NDP leader and just-defeated Premier Rachel Notley), but he spends more time on the players who fly slightly under the public radar or whose impact is felt long after they’ve fallen from view. People like Maurice Strong, appointed the first head of Petro-Canada by Pierre Trudeau and the secretary-general of the UN Conference on the Human Environment, who said in his opening speech that “There is no fundamental conflict between development and the environment.”

That this position, articulated in 1972, could sum up current official Canadian climate change policy, wasn’t inevitable, argues Gutstein. Justin Trudeau’s “clean growth economy” — a mix of investing in ‘green’ technologies and “getting our oil to new markets,” — can be traced to the rise of neoliberalism in the 1970s. But we can’t only blame the ideological context Trudeau inherited. There has been a concerted campaign to stall and prevent significant action on climate change by fossil-fuel industry lobbyists and policy think-tanks. MORE

Scheer: No apologies for secret meetings with oil executives

Fifty years ago Sierra Club BC was formed by a handful of people determined to defend old-growth forests. As we look forward – still defending the remaining big old trees! – it’s a time for deep reflection on where our organization, and our planet, is at.

There is so much work to be done, so many losses already suffered. There’s no hope at this point of stopping climate change—it’s already here—and there’s no hope of reaching our goals without an abrupt transition of our entire economy. Maybe it could have been smooth if we started decades earlier, but no longer.

And at the same time, there is definitely still hope that we can reduce emissions rapidly and do what the IPCC says is needed to stay below 1.5 degrees warming.

In reflecting on climate change, we experience a difficult tension between hope and hopelessness. Somehow we need to hold both at the same time. How do we honour important emotions like grief, while staying motivated to take critical actions that will make a difference? 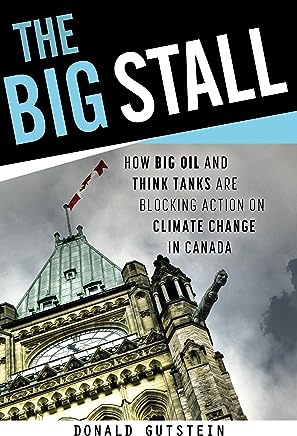 In December, Sierra Club BC’s Campaigns Director Caitlyn Vernon spoke at an event hosted by the Canadian Centre for Policy Alternatives (CCPA). It was the launch of a book by Donald Gutstein called The Big Stall. The book reveals how Canada’s energy sector and think tanks connected to Big Oil have systematically blocked action on climate change.

We’ve been told Caitlyn’s stories inspired hope and action. So we’ve adapted her words into a blog post to share her thoughts here with you. HERE