“I think when we look at the damage eating meat is doing to the planet it is not preposterous to think that one day it will become illegal,” British barrister Michael Mansfield said.

This week, Michael Mansfield—a top lawyer recognized by the Queen’s Counsel in Britain—spoke about the devastating environmental effects of animal agriculture at the launch of vegan group Viva!’s new campaign “Vegan Now” during the Labour Party conference in Brighton.

Mansfield explained that “ecocide”—or the willful destruction of the environment as perpetuated by the meat and dairy industries—should be treated as seriously as other forms of widespread injustice.

“There are plenty of things that were once commonplace that are now illegal such as smoking inside,” Mansfield said. “We know that the top 3,000 companies in the world are responsible for more than £1.5 trillion ($1.9 trillion) worth of damage to the environment with meat and dairy production high on the list. We know that because the UN has told us so.”

The Vegan Now campaign will focus on educating the public about the effects of animal agriculture on climate change, habitat destruction, and biodiversity leading up to World Vegan Day on November 1.

“I think when we look at the damage eating meat is doing to the planet it is not preposterous to think that one day it will become illegal,” Mansfield said. “It is time for a new law on ecocide to go alongside genocide and the other crimes against humanity.” SOURCE

Protesters demonstrate outside a Hudbay Minerals annual general meeting in Toronto on June 14, 2012. Hudbay is facing three lawsuits that allege the company was negligent in failing to prevent security personnel from carrying out acts of violence.Nathan Denette/CP

Last month, in Vedanta Resources PLC & Another v. Lungowe & Others, the UK Supreme Court allowed Zambian citizens to proceed with a claim in the UK against a UK-based mining company for environmental contamination allegedly caused by its Zambian subsidiary. As our colleague Lee McBride has recently written, this landmark decision will be of particular interest to multinational parent companies headquartered in the UK.

Vedanta should be of interest to Canadian multinationals as well, because the case mirrors an emerging trend in Canadian case law that has seen international plaintiffs permitted to proceed with claims against Canadian parent companies for the allegedly wrongful activity of their foreign subsidiaries.

While these recent cases dealt with claims of human rights abuses with respect to mining operations, the reasoning adopted by the Courts in these cases would likely equally apply to claims arising out of environmental damage caused in a foreign jurisdiction.

…The Canadian cases, which are summarized below, share a number of factors in common with Vedanta. In these cases, the claims:

The summary of the Canadian cases is followed by some key take-aways for any business that operates internationally through subsidiaries. MORE

‘Nobody actually seems to have to deal with the issue’ 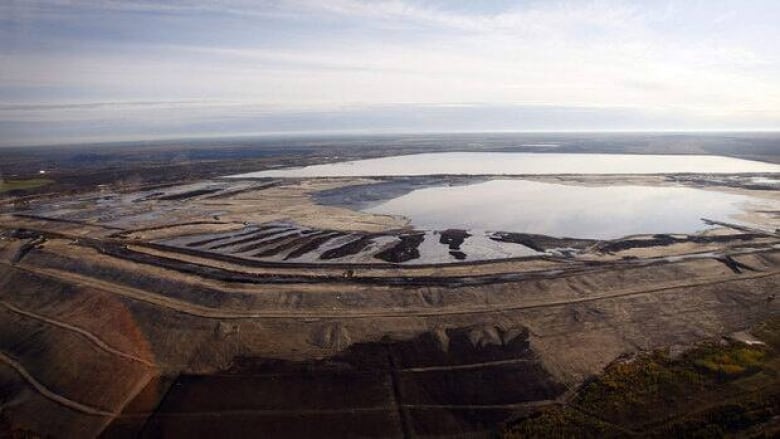 An aerial view of an oilsands tailings pond near Fort McMurray, Alta. Environment Canada didn’t have adequate information on the country’s mining operations. For instance, it only monitored about 60 per cent of company-filed plans to compensate for fish habitat lost to tailings ponds. (Jeff McIntosh/Canadian Press)

Ottawa is keeping appropriate track of how Canada’s mining industry releases effluent into the country’s waterways, but nobody’s responsible for fixing problems when they are discovered, says the federal environment commissioner.

“When environmental effects were found, there was no requirement on anybody’s part to actually have to do anything,” Julie Gelfand said in an audit released Tuesday. “Nobody actually seems to have to deal with the issue.”

The audit found other gaps.

Environment Canada didn’t have adequate information for about one-third of Canada’s metal mines. The department completed only two-thirds of its planned inspections for non-metals operations, such as coal or oilsands mines.

As well, it only monitored about 60 per cent of company-filed plans to compensate for fish habitat lost to tailings ponds.

“As a result, the department did not always know whether the mining companies performed their planned actions to offset the loss of fish and their habitat,” the audit said. MORE