English-language debate is on Oct. 7, two weeks out from election 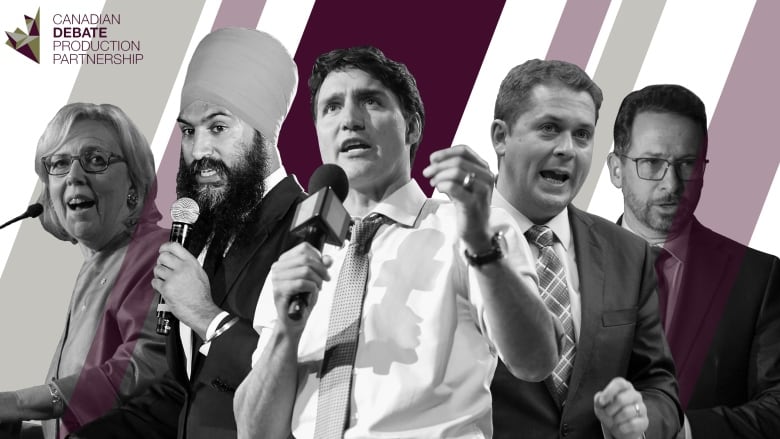 On Oct. 7, two weeks out from election day, five federal party leaders will face off as part of the English-language debate.

They’ll be asking these leaders some of your questions.

The English-language debate will be broken down into different sections, each hosted by a different moderator. From left to right, they are: Susan Delacourt of the Toronto Star; Dawna Friesen of Global News; Althia Raj of Huffington Post Canada; Lisa LaFlamme of CTV News; and Rosemary Barton of CBC News. (Canadian Debate Production Partnership)

The debate will run 7 p.m. to 9 p.m. ET and will be streamed live on many different CBC platforms, including:

Several other independently organized debates are planned for the campaign, but Trudeau hasn’t agreed to all of them. Macleans hosted the first debate in 2015 and will do so again on Sept. 12. The Conservatives, the NDP and the Greens are participating, but the Liberals have said no. The debate will go on regardless.

The Munk Debates also hope to reprise their 2015 showdown focused on foreign policy on Oct. 1. Again, Scheer, Singh and May have said they will take part, but Trudeau is out. Organizers are pressuring him to change his mind or else they’ll set out an “empty chair.”

Trudeau, however, has agreed to a TVA debate in Quebec, which hosted a French-language debate in 2015. He will be joined by Scheer, Singh and Blanchet on Oct. 2. The Greens were not invited. MORE

On Thursday, Sept. 12, Maclean’s and Citytv are hosting the first leaders debate of the election calendar, moderated by Paul Wells 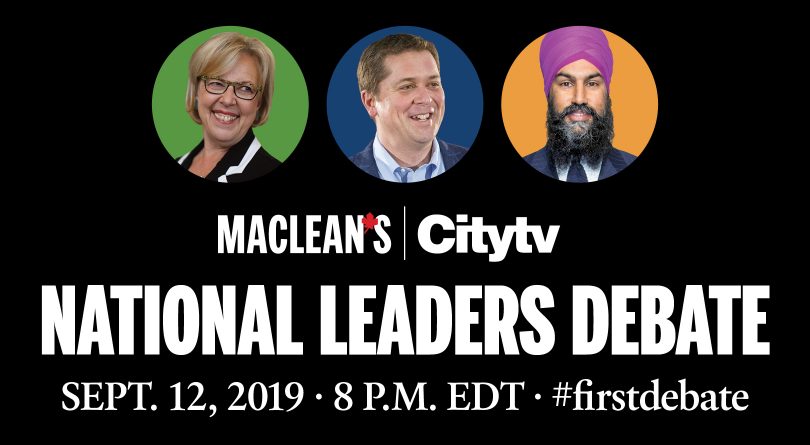 Maclean’s and Citytv are hosting the first National Leaders Debate of the 2019 election calendar, to take place on Thursday, Sept. 12 starting at 8 p.m. EDT (5 p.m. PDT).

The two-hour debate in English will centre on four major themes: the economy, foreign policy, Indigenous issues and, lastly, energy and the environment. After the main segment of exchanges, each leader will have 90 seconds for a closing statement. MORE