Alberta needs a government that recognizes the coming transformation in the energy sector, says Gil McGowan, president of the Alberta Federation of Labour. POSTMEDIA ARCHIVE

Contrary to what you might have heard, Alberta’s current economic malaise has little to do with government policies or “foreign-funded” environmentalists.

The real problem is that the global oil and gas sector is in the midst of a fundamental transformation.

The first dimension of this transformation has to do with the United States. As a result of the fracking boom, U.S. oil production has more than doubled in 10 years, turning the U.S. into the world’s largest oil producer, surpassing both Saudi Arabia and Russia.

This change has upset the world’s oil supply-demand balance, creating global supply gluts which have driven prices down and led to investment cuts and job cuts in all oil-producing jurisdictions around the world, including the U.S. itself.

It has also allowed the U.S. (the world’s biggest oil market and Alberta’s biggest customer) to become more self-sufficient — a change that undermines Alberta’s business model.

It’s important to understand that this is not just another boom-bust cycle. MORE 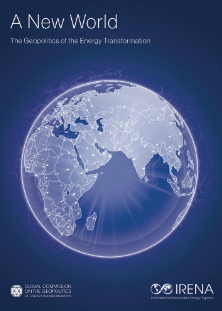