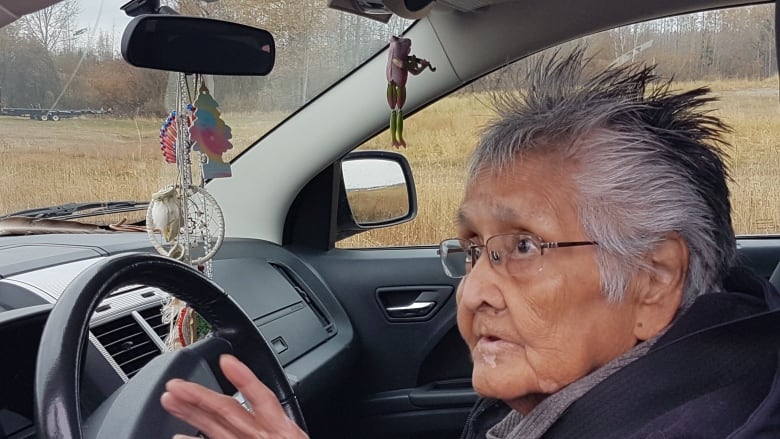 Speaking to CBC after the 2018 natural gas pipeline explosion, Lheidli T’enneh First Nation member Violet Bazoki said she’s long worried about the risk of an explosion or fire cutting off the only road to her community of Shelley, B.C. (Andrew Kurjata/CBC)

A year after a natural gas pipeline exploded near Prince George, B.C., the people who felt their homes shake are still waiting for answers about what exactly went wrong and what can be done to prevent future incidents.

Approximately 100 Lheidli T’enneh residents in the community of Shelley, 15 kilometres northeast of Prince George, fled their homes as a precaution after the explosion.

They were allowed to return the same evening, and no injuries were reported.

Investigators determined the explosion was caused by a rupture in a 36-inch pipeline owned by Enbridge.

The Transportation Safety Board (TSB) then launched a more detailed analysis and is now writing a final report on the matter.

In June of 2019, the TSB sent a letter to Enbridge stating the likely cause of the pipeline rupture were cracks from corrosion caused by moisture.

The TSB recommended the company review its infrastructure management practices, including how often it inspects pipelines for faults. 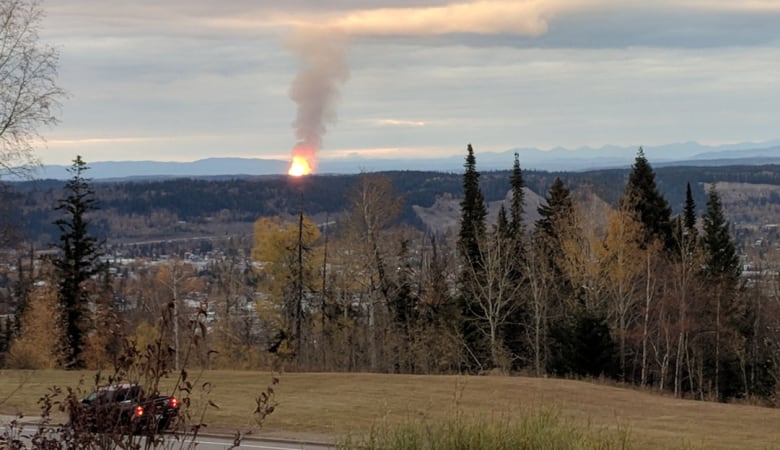 A large fireball seen rising into the sky above Shelley, a small community about 15 kilometres northeast of Prince George after a natural gas pipeline ruptured and exploded on Oct. 9, 2018. (@Dhruv7491/Twitter)

The TSB also singled out Enbridge’s use of polyethylene tape on its pipelines, writing “this type of coating has a tendency to separate (disbond) from the pipeline, allowing moisture present in the soil to contact the pipe surface.”

The cause of the explosion itself has not been released.

A spokesperson for the Transportation Safety Board said a full report into the explosion — along with recommendations — will be published by early January 2020. MORE