A look at the full lifetime emissions of the vehicles call into question the ecological assumptions around “micromobility.” 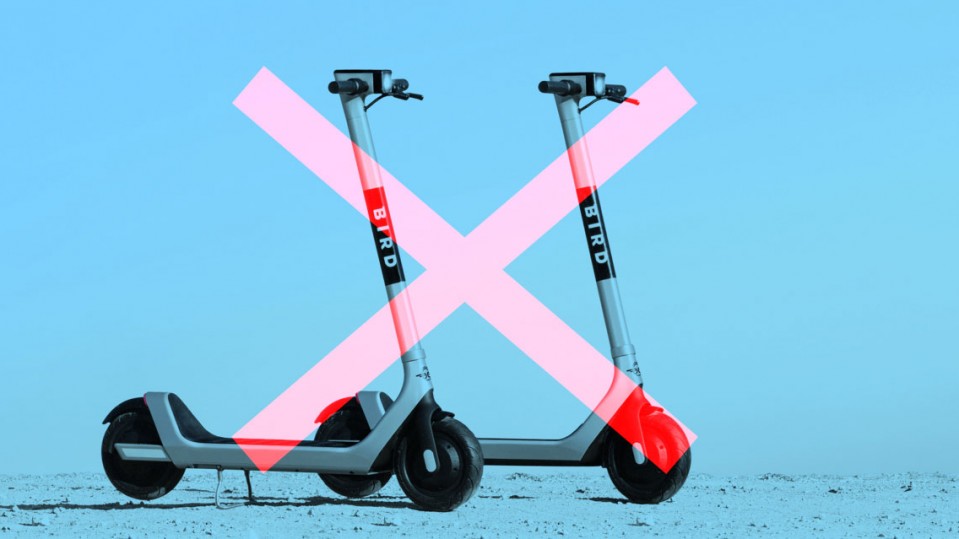 Bird boasts that its dockless electric scooters allow customers to “cruise past traffic and cut back on CO2 emissions—one ride at a time.”

But the mere fact that battery-powered scooters don’t belch pollution out of a tailpipe doesn’t mean they’re “emissions free,” or as “eco-friendly” as some have assumed. The actual climate impact of the vehicles depends heavily on how they’re made, what they’re replacing, and how long they last.

Researchers at North Carolina State University decided to conduct a “life-cycle assessment” that tallied up the emissions from making, shipping, charging, collecting, and disposing of scooters after one of them noticed that a Lime receipt stated, “Your ride was carbon free.”

The study concludes that dockless scooters generally produce more greenhouse-gas emissions per passenger mile than a standard diesel bus with high ridership, an electric moped, an electric bicycle, a bicycle—or, of course, a walk.

The paper found that scooters do produce about half the emissions of a standard automobile, at around 200 grams of carbon dioxide per mile compared with nearly 415. But, crucially, the researchers found in a survey of e-scooter riders in Raleigh, North Carolina, that only 34% would have otherwise used a personal car or ride-sharing service. Nearly half would have biked or walked, 11% would have taken the bus, and 7% would have simply skipped the trip.

The bottom line: roughly two-thirds of the time, scooter rides generate more greenhouse-gas emissions than the alternative. And those increased emissions were greater than the gains from the car rides not taken, says Jeremiah Johnson, an engineering professor and one of the authors of the paper.

The electricity used to charge the vehicles is one of the smallest contributors to the product’s emissions. Fully half come from the raw materials and manufacturing process, which the researchers estimated, in part, by disassembling a Chinese-made Xiaomi M365 scooter, a model that Lime and Bird are known to use. MORE