As you get ready to vote, stay up-to-date on what the Liberals, Conservatives, New Democrats and Greens have promised Canadians 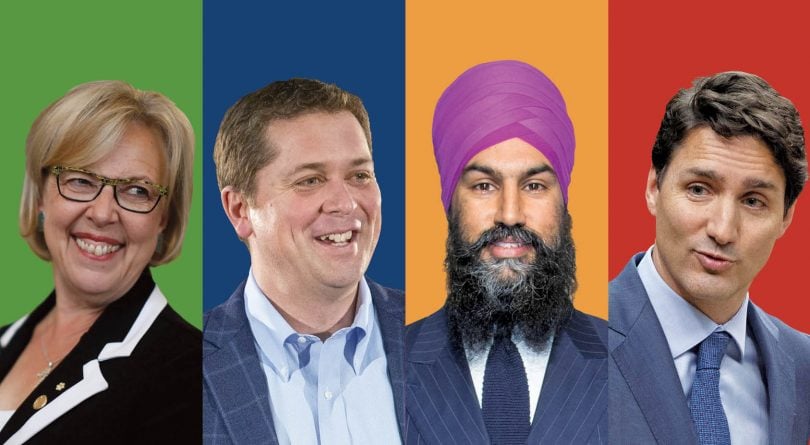 The next federal election is getting closer by the second. Canadians are scheduled to vote on Oct. 21 (unless the election comes early, which is always possible). Everything you need to know about where and how to vote, and just how that early trip to the polls might happen, is right here.

Canadians can expect a heated campaign that pits Justin Trudeau’s Liberals against Andrew Scheer’s Conservatives and Jagmeet Singh’s and New Democrats, as well as Elizabeth May’s Greens. This is Trudeau’s second time on the hustings as a leader, and both Scheer and Singh’s first. May has led her party through three campaigns.

Most parties will release their full election platforms during the campaign itself. But they do release some of their plans in advance; we’ll publish any proposal that can reasonably be considered an election promise. We’ll stick to the four main national parties to start, but reserve the right to add other parties’ proposals. Did we miss something? Let us know by emailing letters@macleans.ca.

Here’s what each party has promised so far on every major issue.