Romeo Saganash is a residential school survivor and NDP MP in Abitibi-Baie-James-Nunavik-Eeyou, Quebec 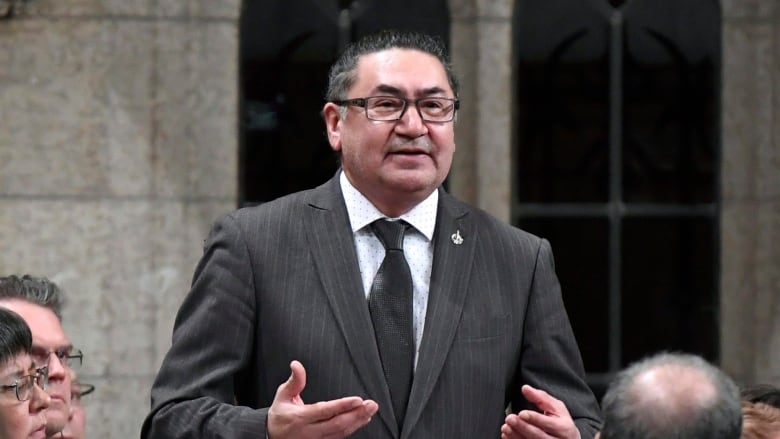 NDP MP Romeo Saganash private members Bill C-262 won the support of MPs by a margin of 206 to 79. The Trudeau government failed to pass the legislation but ‘promise’ if elected to reintroduce it . (Justin Tang/Canadian Press)

I lose sleep most nights.

It started when I was young. Now I have a whole regimen of supports to help me sleep: exercise, healthy eating, music, darkness, relaxing tea, books of poetry. When it gets really bad: mandatory time off, writing, sleeping under the stars beside white pine trees, near a lake, on the land of the Eeyou, my people.

How colonization affects an individual is difficult to explain. How deep the tentacles reach. How vast the expanse of jarring totalitarian domination extends. Someone said to me recently that they like to have friends with different political and social points of view because it broadens their experiences and teaches them to refine arguments. For the past seven generations, in order to adapt to and accommodate the colonizer’s values, goals, institutions and society, I have learned to see so broadly that my eyes tear up.

You see, for us, nearly everything around us represents colonial domination and genocide and is an example of Indigenous resiliency. Except that I’m really tired of constantly having to fight to prove that I have the right to exist.

And I can’t sleep.

“What does it mean to be safe and free in the context of a colonial state,” writer Erica Violet Lee has asked. She goes on to argue that “the front lines of Indigenous struggle are everywhere, now: from the prairies and rivers to city streets, and in classrooms.” She acknowledges that we live in “a world where our movement is criminalized and our presence is resistance.” Indigenous people are forced every day to live in a world built by their colonizers.

PhD student Eric Ritskes goes further: “Settler colonialism demands Indigenous erasure for the purpose of claiming Indigenous land. It is the symbolic and real replacement of Indigenous peoples with settlers who attempt to claim belonging.”

The real problem with Canada 150 celebrations are the stories that the state is attempting to tell itself and everyone else. Specifically, that it has legitimate authority to make laws and policies, or even imagine a future, without Indigenous partnership. Any celebration of the state, the nation with its assumed sovereignty, stories of expansion and settlement or nation-building in general, replicate settler colonial narratives and are an insult to my ancestors, to my people, to me. MORE