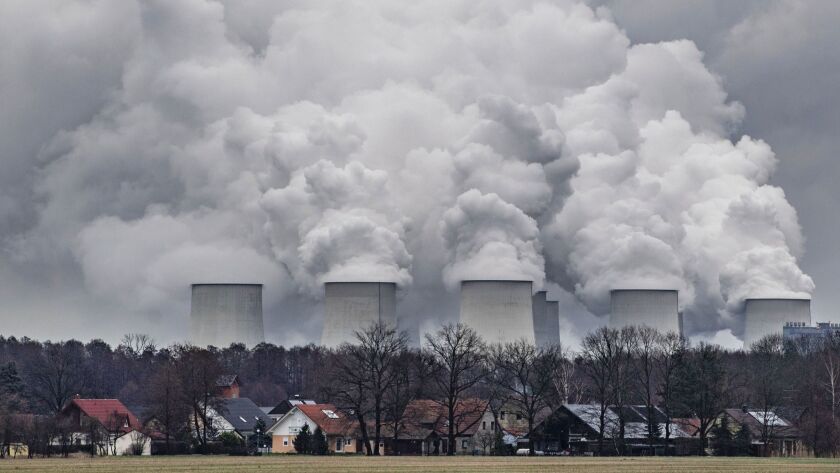 In this Jan.6, 2019, file photo water vapor rises from the cooling towers of the Joenschwalde lignite-fired power plant of Lausitz Energie Bergbau AG in Brandenburg, Germany. (Patrick Pleul / AP)
Reporting from Berlin — Germany, one of the world’s biggest consumers of coal, will shut down all 84 of its coal-fired power plants over the next 19 years to meet its international commitments in the fight against climate change, a government commission said Saturday.

The announcement marked a significant shift for Europe’s largest country — a nation that had long been a leader on cutting CO2 emissions before turning into a laggard in recent years and badly missing its reduction targets. Coal plants account for 40% of Germany’s electricity, itself a reduction from recent years when coal dominated power production.

“This is an historic accomplishment,” said Ronald Pofalla, chairman of the 28-member government commission, at a news conference in Berlin following a marathon 21-hour negotiating session that concluded at 6 a.m. Saturday. The breakthrough ended seven months of wrangling. “It was anything but a sure thing. But we did it,” Pofalla said. “There won’t be any more coal-burning plants in Germany by 2038.”

The plan includes some $45 billion in spending to mitigate the pain in coal regions. The commission’s recommendations are expected to be adopted by Chancellor Angela Merkel’s government.

“It’s a big moment for climate policy in Germany that could make the country a leader once again in fighting climate change,” said Claudia Kemfert, professor for energy economics at the DIW Berlin, the German Institute for Economic Research. “It’s also an important signal for the world that Germany is again getting serious about climate change: a very big industrial nation that depends so much on coal is switching it off.” 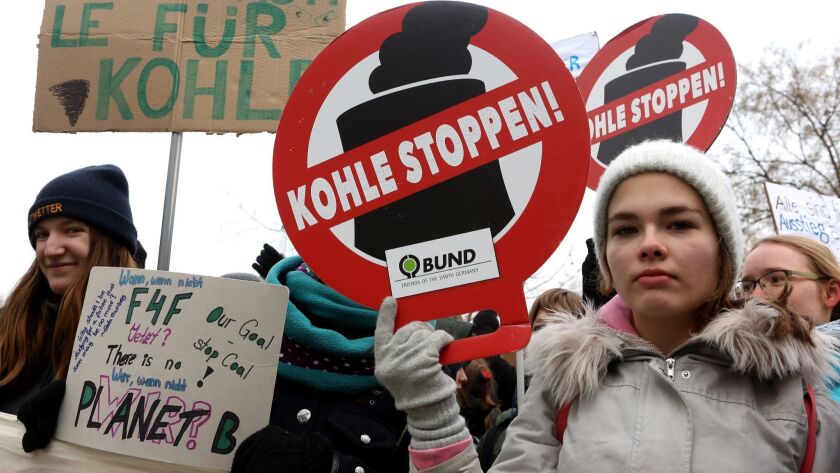 The decision to quit coal follows an earlier bold energy policy move by the German government, which decided to shut down all of its nuclear power plants by 2022 in the wake of Japan’s Fukushima disaster in 2011. MORE