“Our message will be clear—we must act now to avoid the worst effects of climate change because all of our lives depend upon it.”

As youth with the Fridays for Future movement took to the streets Friday, two weeks ahead of the global #ClimateStrike planned for Sept. 20, environmental activists continued to raise awareness about the upcoming protests being organized in more than 100 countries.

Climate campaigners already have registered over 2,500 strikes worldwide, with more than 450 actions planned for the United States, the advocacy group 350.org announced in a statement Friday.

To register for an event or find one near you, visit globalclimatestrike.net. For U.S. strikes, visit strikewithus.org.

The demonstrations on Sept. 20 will kick off a week of action that coincides with a United Nations climate summit in New York City. Tamara Toles O’Laughlin, 350.org’s North America director, said Friday that the global strike “is an intergenerational and multiracial moment to make our stand for our right to transformative climate action that preserves a sustainable, healthy, and livable future for all.”

“With the leadership of young people backed by grandparents and parents alike, health workers, teachers, cab drivers and more, now is the time for all of us to come together to demand that real climate leaders at the national, state and local levels hold fossil fuel companies accountable for decades of negligence and damage,” added Toles O’Laughlin, recognizing the youth activists that inspired the global movement.

Some of those youth activists—including Swedish teenager Greta Thunberg—gathered outside the U.N. headquarters in New York Friday, chanting: “No more coal! No more oil! Keep the carbon in the soil!”

The youth strikers with @f4f_nyc have unique demands for the #ClimateStrike in NYC on Sept 20: 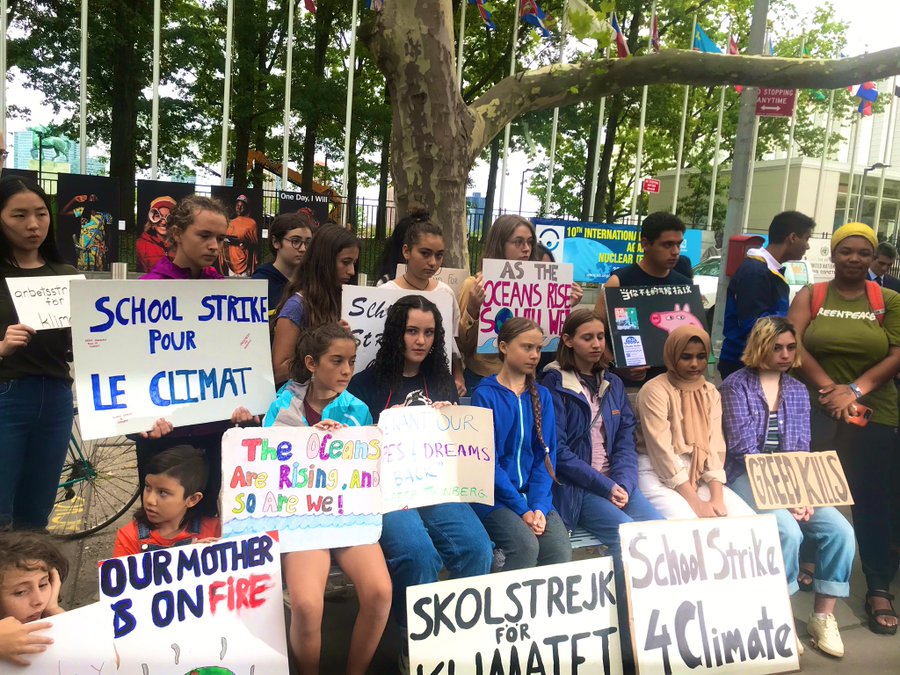 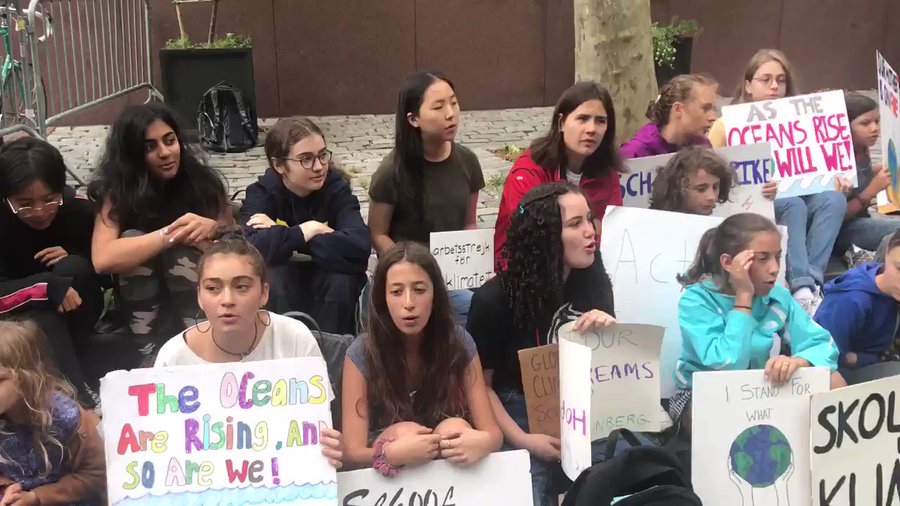 Friday was the second consecutive week that Thunberg joined youth protests for urgent climate action outside the U.N. headquarters following her two-week journey across the Atlantic on a carbon emissions-free sailboat. Thunberg tweeted Friday, “Even though I’ve taken a sabbatical year from school, I will still demonstrate every Friday wherever I am.” 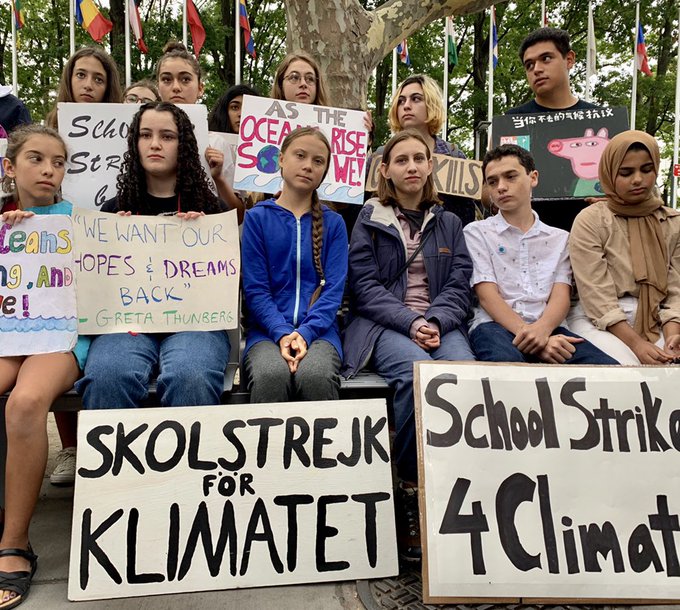 Even though I’ve taken a sabbatical year from school, I will still demonstrate every Friday wherever I am. #FridaysForFuture #schoolstrike4climate #ClimateStrike pic.twitter.com/pes0GkBgix

Xiye Bastida of Fridays For Future NYC explained that the global strike on Sept. 20 “isn’t a goal, it’s a catalyst for future action.” 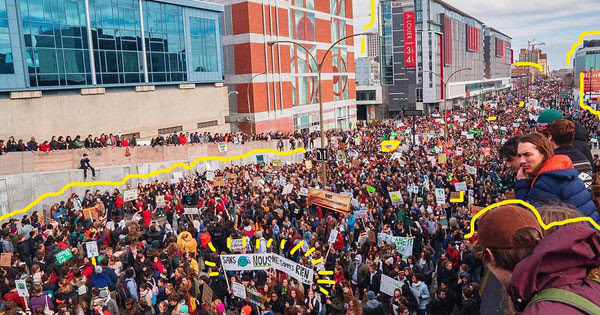 You may have children or grandchildren who are worried about the future of our planet in the face of climate change.

The distressing reality is that we all have a lot to be concerned about when it comes to making sure Earth has a livable environment for current and future generations.

But there is hope, and it is coming from our youth.

Inspired by Swedish student Greta Thunberg, the youth-led #ClimateStrike movement is taking the world by storm.

On March 15, 160,000 students from coast-to-coast-to-coast joined a #ClimateStrike of 1.4 million more around the world. And on May 3, youth and students in at least 40 communities in Canada will strike again for the climate.

Will you stand with them?

As Greta said in her recent address to Parliament in the UK:

“I’m sure that the moment we start behaving as if we were in an emergency we can avoid climate and ecological catastrophe. Humans are very adaptable – we can still fix this. But the opportunity to do so will not last for long. We must start today. We have no more excuses.

We children are not sacrificing our education and our childhood for you to tell us what you consider is politically possible in the society that you have created.

Many of the world’s leading scientists have sounded the alarm that we only have 11 years to cut our global emissions in half to prevent climate catastrophe. We are running out of time.

The urgency is real and young people are leading the way to a safe climate future. They need our support.

Here’s what you can do:

More than 10,000 youngsters skipped school again in Belgium to join a march demanding better protections of the globe’s fragile climate 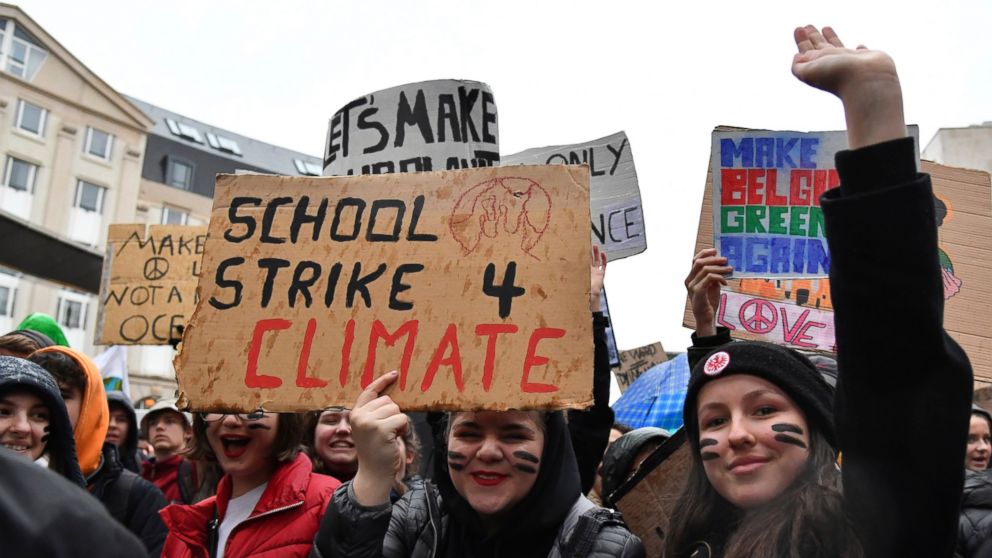