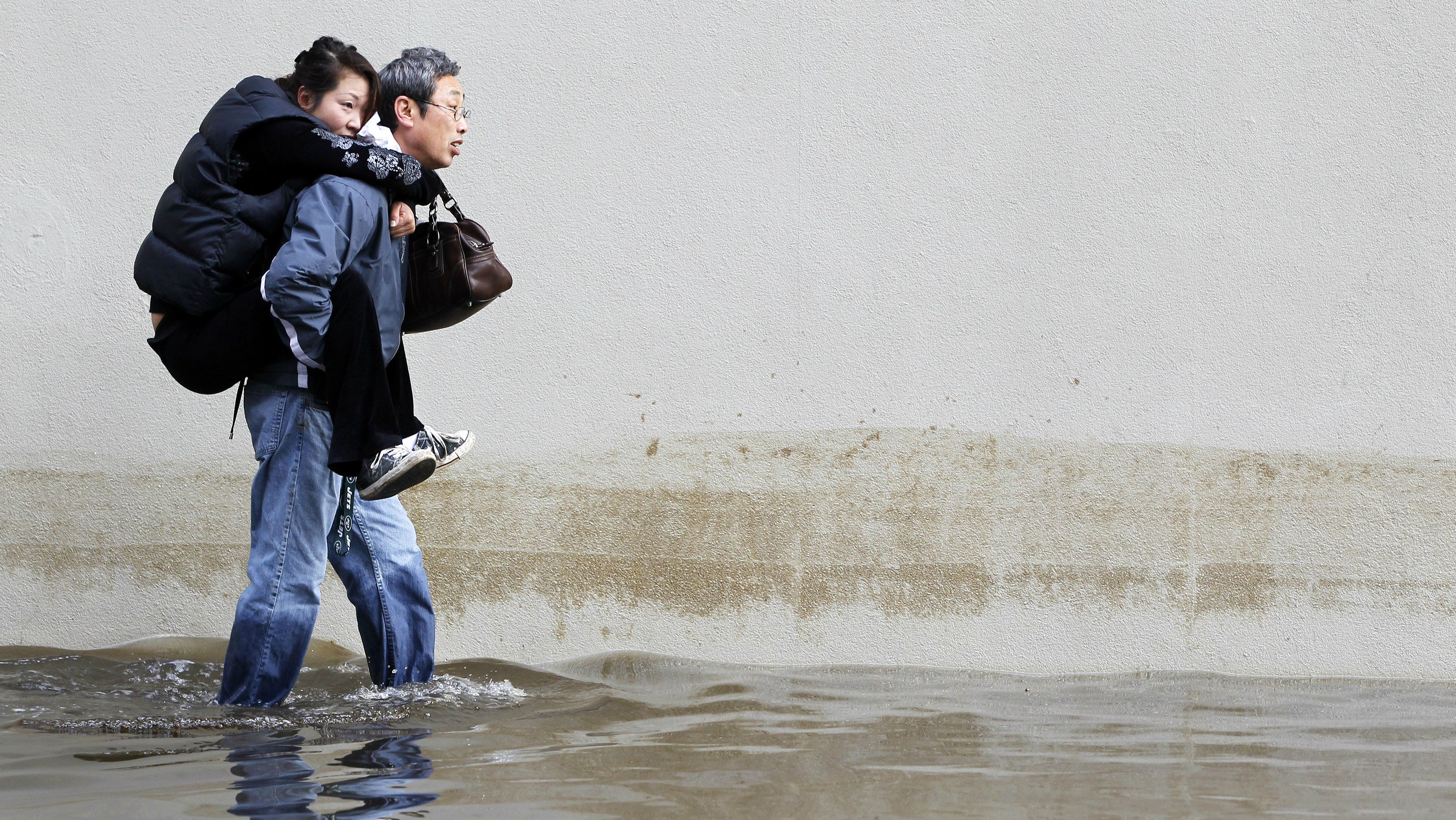 No bridge over troubled waters.

It wasn’t long ago that captains of industry fretted most about oil prices, asset bubbles, and unemployment. But since 2007, those participating in the World Economic Forum (WEF) in Switzerland have seen these worries replaced by an even more urgent threat: environmental change.

More than a thousand WEF participants were surveyed this year (pdf) about the biggest global risks facing the world. For the first time, climate change or climate-related issues occupied the top five spots as the most likely global risks. Weapons of mass destruction were the only non-environment related risk to be on the list of threats likely to have the biggest impact. It’s the first time since the poll began that environmental risk has ranked so highly, up from zero in 2010. 1

“Climate change is striking harder and more rapidly than many expected,” states the WEF (pdf). The world is now on track to warm by more than 3°C, blowing past what scientists say is a level required to avoid potentially catastrophic consequences. There’s no sign GHG emissions are peaking, states the United Nations (pdf), and every year of delay makes future reductions more difficult and drastic with potential damages measured in the trillions of dollars. The top factors ranked by 1,047 participants from business (38%), academia (21%), and government (15%) surveyed this year are below: MORE 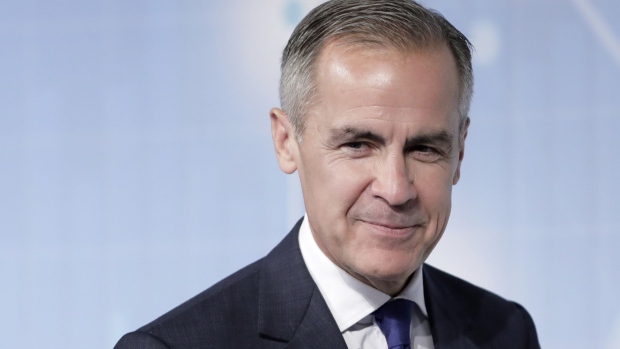 Carney has taken a pioneering role pushing the climate issue in the financial sphere, Guterres said at a news conference in Madrid, where the next UN climate change conference kicks off on Monday. He’ll take on his special envoy role with pay of $1 a year after stepping down from the central banker’s job, the Bank of England said in a statement.

Carney is due to leave the Bank of England on Jan. 31, although his successor has not yet been named after the selection process was disrupted by Brexit and the upcoming UK general election. That’s boosted speculation he may be asked to extend his term at the BOE for a third time, although Chancellor of the Exchequer Sajid Javid said last month that he saw no need for such a move and that his party would appoint a new chief “very, very, quickly” if it wins the Dec. 12 vote

“We are confronted now with a global climate crisis and the point of no return is no longer over the horizon, it is in sight and hurtling towards us.”

U.N. Secretary-General @antonioguterres said climate change action has been “utterly inadequate” one day ahead of #COP25 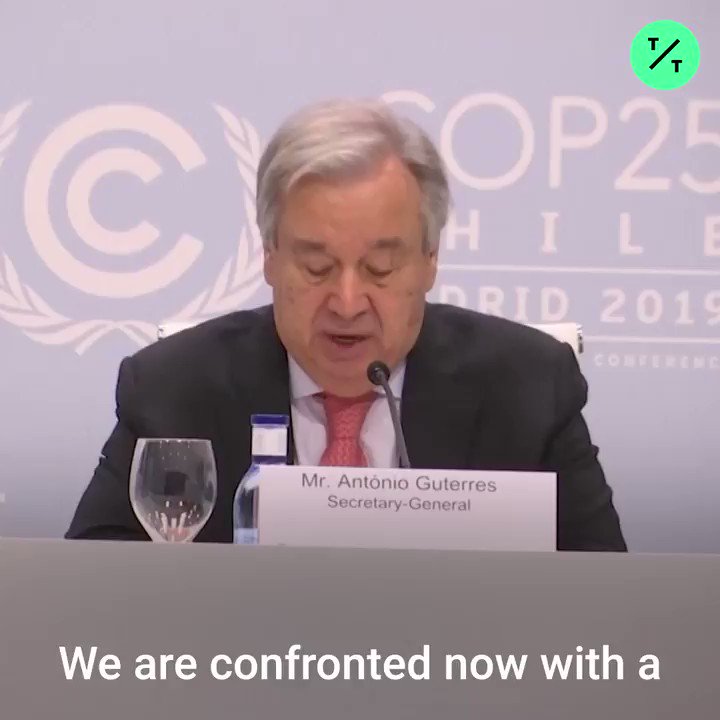 scribe=”element:conversation_text”>33 people are talking about this

Carney has been talking about the risks of climate change since at least 2015 when he used a speech at Lloyds of London to warn that the phenomenon imposed “a cost on future generations that the current generation has no direct incentive to fix.” In October, he told the Guardian newspaper that companies and industries that aren’t moving toward zero-carbon emissions will be punished by investors and face bankruptcy.

At least $100 billion a year should be mobilized for developing countries to adapt for climate action, Guterres said. It’s crucial for countries, especially those with high emissions, to pledge more ambitious measures to reduce greenhouse gas emissions, he added. SOURCE 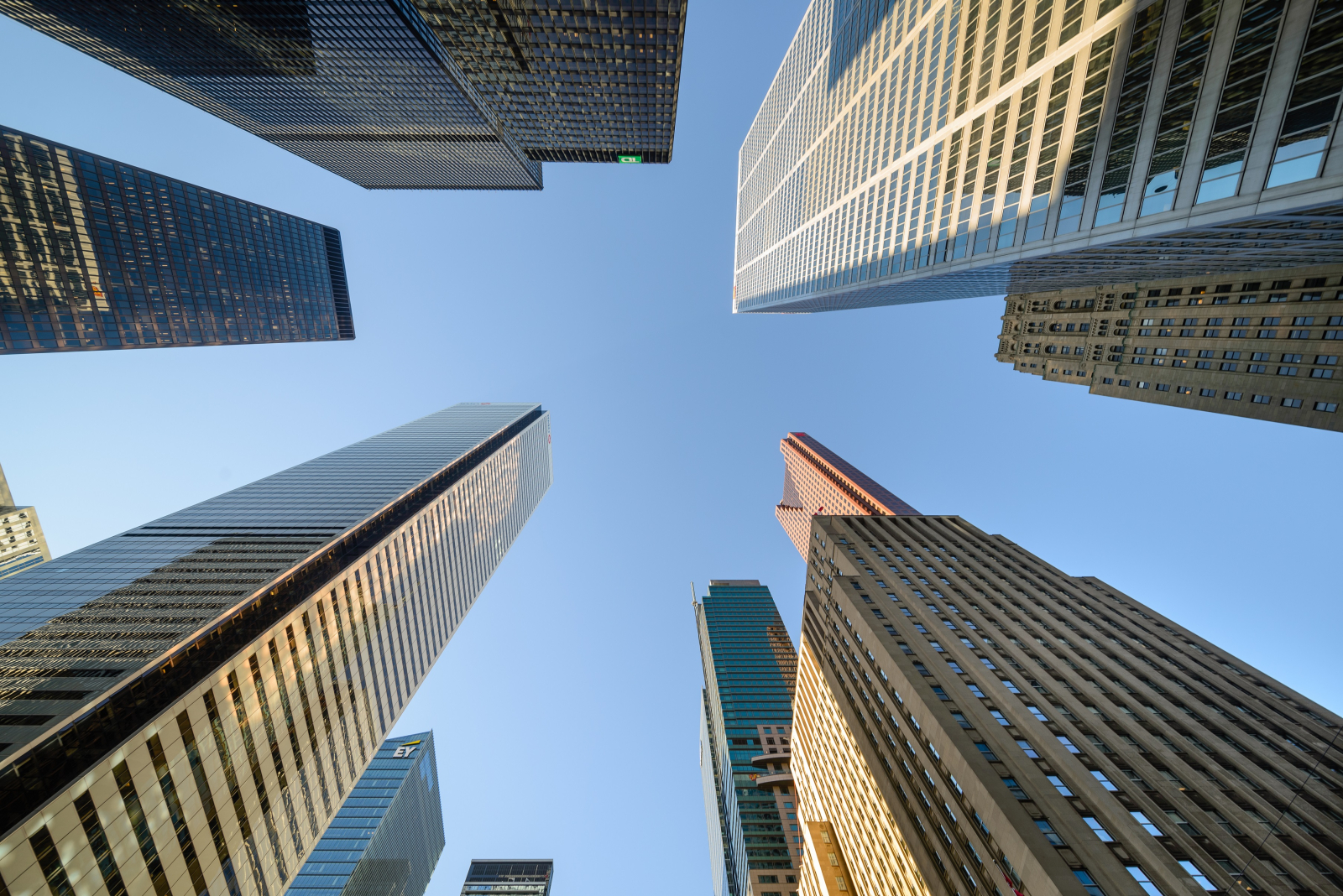 Corporations in Canada have an “obligation” to disclose how the climate crisis will disrupt their long-term plans, according to a body formed by big-business leaders.

The Business Council of Canada, a lobby group representing chief executives of Canada’s largest corporations, released a report Oct. 30 that contains this recommendation and others designed to juice the economy.

The report, called “A better future for Canadians,” says the country needs to develop a “national resource and climate strategy,” in part to meet intensifying demands for cleaner energy, and Canadian companies “have an obligation to demonstrate how they are incorporating the risks of a changing climate into their long-term business strategy.”

“There’s increasing demands from shareholders, from regulatory authorities and so on,” John Dillon, senior vice-president for policy and corporate counsel at the Business Council of Canada, said in an interview with National Observer on the sidelines of the report’s unveiling in Ottawa.

“(Firms) have traditional risks in terms of securities, to disclose any material risks to their business,” he said. “At the same time, (climate-related risk) is a growing field of endeavor and study, without necessarily having clear guidelines on how exactly one assesses the risks that a changing climate may create to a business.”

A task force formed by the chief executives’ group wrote the report, which also recommends that the government “prioritize” infrastructure projects like oil and gas pipelines. “All Canadians have paid the price for inadequate pipeline infrastructure, which seriously constrains energy exports,” the report says. MORE 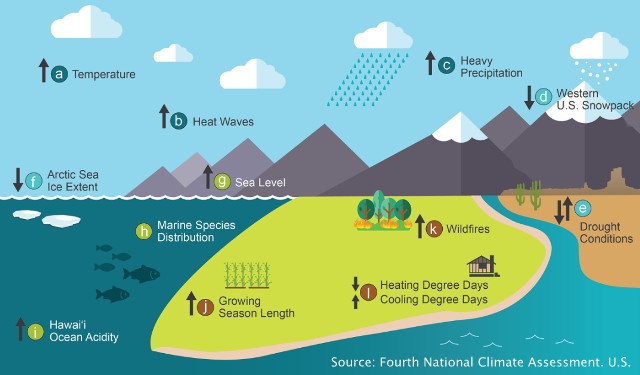 “The science is clear: the future damages from climate change will increase significantly as we emit more greenhouse gases (GHGs) into the atmosphere.

The most recent report by the International Panel of Climate Change finds a huge difference between warming of 2ºC compared to 1.5ºC,” writes Jonathan Arnold in his Risks Too Big To Ignore blog post.

While the provincial government continues to roll back progress made on environmental protection, Ontarians have made it clear that the vast majority want decisive climate action.

Before the government passed the legislation to eliminate the cap-and-trade system, a consultation process received 11,000 comments with more than 99 per cent in support of putting a price on harmful emissions and maintaining the cap-and-trade system that supports investment and clean energy job creation. Thank you to those who submitted comments. It’s unacceptable for the government to scrap a program that has such overwhelming public support.

You have another chance to tell the government that its new weakened environment and climate plan fails to protect Ontarians from climate risk and sets us on a dangerous path of missed economic, energy and job-creation opportunities. TAKE ACTION!