In 2005, the world’s states signed up to the doctrine known as the “Responsibility to Protect.” Extending it to environmental crimes, no matter how serious, is unlikely to happen. 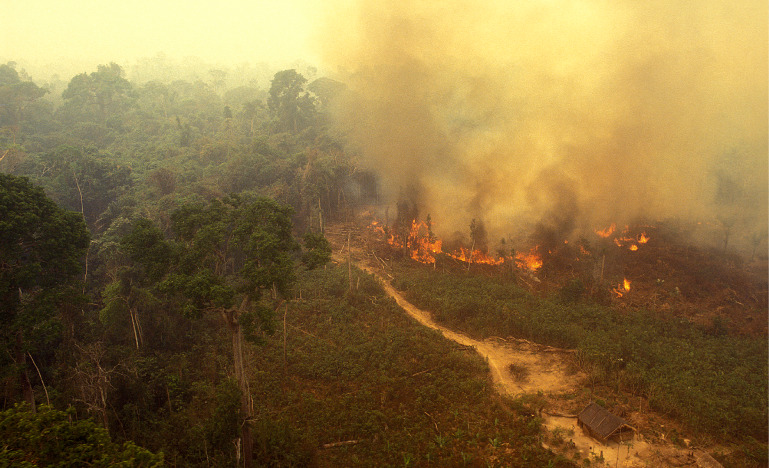 “Given what is at stake with climate change, is it acceptable that a single government can unilaterally adopt environmental policies that put millions at risk?”

This is the question posed by former federal ministers Lloyd Axworthy and Allan Rock in their Globe and Mail op-ed, published in August.

Axworthy and Rock argue that Responsibility to Protect (R2P), the doctrine obligating the international community to intervene in atrocities such as genocide, war crimes, and crimes against humanity, should be expanded so it can be invoked when states recklessly endanger the environment. At the root of the argument is the belief that domestic environmental actions can endanger millions of lives. Therefore, the international community should have the means to intervene and prevent such tragedies from occurring. Applying R2P, write Axworthy and Rock, should “at the very least,” allow the international community to impose “an escalating series of denunciations, embargoes and sanctions” against recalcitrant states.

It’s a bold vision. R2P is relatively young and, in terms of being invoked to justify the use of force, relatively untested. Adopted by the UN General Assembly in 2005, the doctrine has been used to justify military action just once – in 2011, during the conflict in Libya.

The question is whether expanding the scope of R2P to include severe threats to the environment would be effective. Possibly, but there are significant obstacles.

First, and most challenging, is the requirement that R2P be invoked under UN mandate (i.e., by UN Security Council resolution). This requirement was imposed to prevent individual states from exploiting R2P as a justification for politically motivated interventions. It is also one of the main barriers to R2P’s effectiveness. To take action under R2P, all five permanent members of the UN Security Council (US, UK, Russia, France, and China) must either agree or abstain on a resolution. A single veto is enough to take the resolution off the table. It’s easy to see how this constraint poses considerable challenges to action under R2P (most recently in Syria, for example), and would continue to do so in the environmental context.

Secondly, it is not immediately clear what the international community could do in response to domestic actions seriously endangering the environment, or even what the required threshold would be before invoking R2P. The Responsibility to Protect provides for a sliding scale of responses, culminating in the collective use of force. It is this potential for UN-sanctioned force, in particular, that deters rogue states. But sending in troops of blue-helmeted peacekeepers seems ill-suited to stop forest fires or enforce limits on carbon emissions. R2P could likely be effective in specific circumstances: Axworthy and Rock raise the possibility of imposing sanctions and embargoes. But it is less clear how R2P could be used to impose long-term environmental policies or create a culture of environmentalism.

Finally, how many states would be willing to sign on to such an expansive interpretation of R2P? The vast majority likely signed on to R2P in the first place believing that the doctrine would never be used against them. But it is hard to think of any state with a spotless environmental record, or one that isn’t struggling to balance environmental protection with economic concerns.

Broadening R2P to apply to the environment would undoubtedly be challenging. But the alternative, allowing states to endanger the planet recklessly through destructive environmental policies, is unfathomable. The challenges highlighted above and the idea of using R2P in such a novel fashion may not serve as a solution. But it should be a starting point for the discussion on innovative tools for the international community to use in reacting to environmental disasters, if not preventing them.

The effects of climate change have no respect for sovereignty. Similarly, whatever approach we take in combatting environmental threats must look beyond national borders. SOURCE