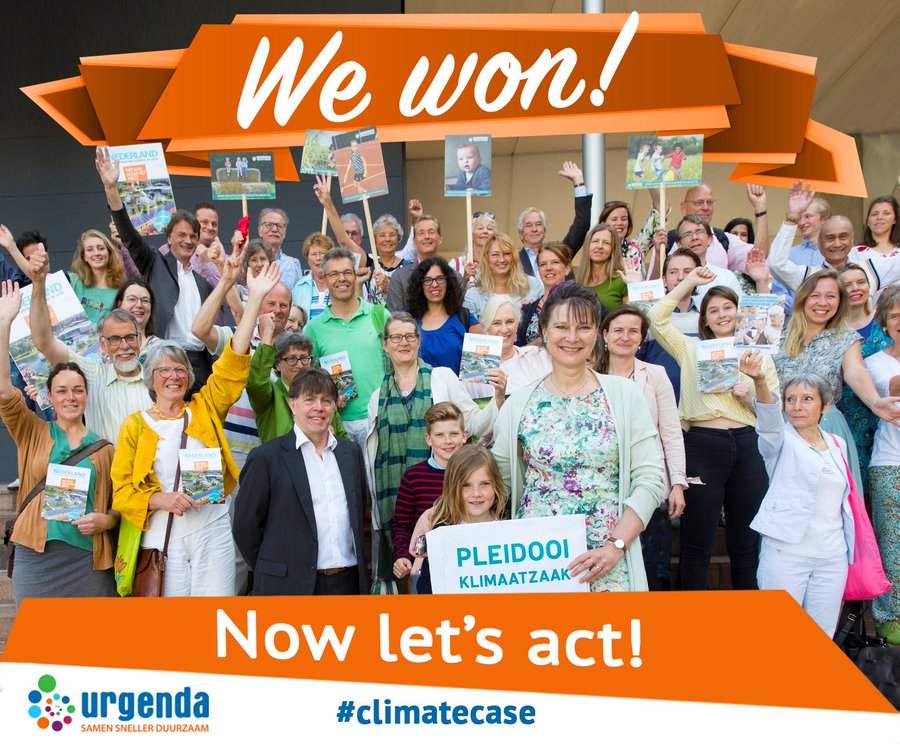 In Urgenda Foundation v. The State of the Netherlands (2015)(Urgenda), the State of Netherlands was found by the court to have an affirmative duty toward its citizens to take action against climate change (see previous posts on the topic here and here). Since the initial decision, plaintiffs in other jurisdictions have used it as a framework to bring court challenges alleging their respective governments’ failure to mitigate the deleterious effects of greenhouse gas (GHG) emissions.

…Despite appealing the decision, the Dutch government followed the District Court’s original order to take steps to reduce GHG emissions to limit the global temperature rise to 2ºC. This recommendation is in line with the Intergovernmental Panel on Climate Change’s (IPCC) Fourth Assessment Report 2007, which the Netherlands had signed on to. Among other things, the report states that in order to avoid a 2°C rise in global temperatures, the total GHG emissions by countries, including the Netherlands, must be 25-40% lower than 1990 levels by 2020.

The Centre for International Governance Innovation – a leading Canadian research organization focused on international governance – released a report which discusses the unique potential for influence that international treaties and precedents have in climate change litigation in other jurisdictions. For example, the fact that a national government has adopted the IPCC Reports (which both the Netherlands and Canada have) makes it difficult for them to contest a plaintiff’s claim that certain levels of GHG emissions must be met because these governments have previously agreed on the appropriate levels in these Reports. Although plaintiffs “cannot directly derive rights from treaty provisions or resolutions that have been adopted during the various climate change conferences, these provisions and resolutions can help — by means of the open standard of a socially responsible duty of care — in defining the duty of care standard that a government must practise in judicial matters.”

The International Implementation of the Urgenda Framework

The approach used by the Urgenda Foundation has been taken up by plaintiffs in other jurisdictions, including New Zealand, India, Switzerland, Ireland, Belgium, United States, Germany, France, United Kingdom, Colombia, European Union, Pakistan, and Canada. We highlight a few of these cases below.

In November 2018, an environmental group called ENvironment JEUnesse (ENJEU) applied to the court to authorize a class action against the Canadian government on behalf of Quebecers aged 35 and under. Like Urgenda, ENJEU claims that Canada’s GHG emissions targets are insufficient to avoid the impacts of climate change.

The motion for authorization to institute a class action brought by ENJEU seeks a declaration that by adopting dangerous GHG emissions targets, the Canadian government is violating the class members’ Charter rights and is not ensuring that the class members live in a safe climate, thereby shirking their duty to act against climate change. The class members are seeking $100 each, amounting to $340 million total – all of which would be placed into a fund for the implementation of anti-climate change measures.

The Canadian government argues that claim goes beyond the bounds of justiciability. The government’s lawyers argue that “this class action asks the court to interfere in the legislative and the executive branches,” and the “courts cannot dictate to the federal government a way forward.”

The Quebec Superior Court justice heard arguments in early June from ENJEU and the Canadian government on the threshold issue of authorizing the class action proceeding. The court has not yet released its decision.

The complaint accuses the U.S. government of causing climate change, thereby breaching the government’s duty of care toward its citizens by violating their constitutional rights to life, liberty and property, and failing to protect public trust resources. The plaintiffs are asking for the government to be required to “develop a plan to reduce CO2 emissions so that atmospheric CO2 concentrations will be … consistent with the goal of limiting global warming to 1.5°C.” MORE

Senator Yvonne Boyer, a Metis lawyer and former nurse called tubal ligations carried out on unwilling Indigenous women one of the “most heinous” practices in health care happening across Canada.THE CANADIAN PRESS/Adrian Wyld

Last fall, a group of Indigenous women in the Canadian province of Saskatchewan brought a class-action suit against the Saskatoon Health Authority. They also sued the provincial and federal governments and some medical professionals.

They asserted that some Indigenous women had been forcibly sterilized. Others had been tricked into giving consent for sterilization when they were under stress or heavily drugged. They claimed that doctors did this over several decades, up to the 2000s.

The UN Committee on Torture recommended in late 2018 that the Canadian government investigate all allegations of enforced sterilization and adopt legislation criminalizing it.

Canada doesn’t have a good history with regard to forced sterilization. The provinces of Alberta and British Columbia forcibly sterilized people from the 1930s to the 1970s. MORE