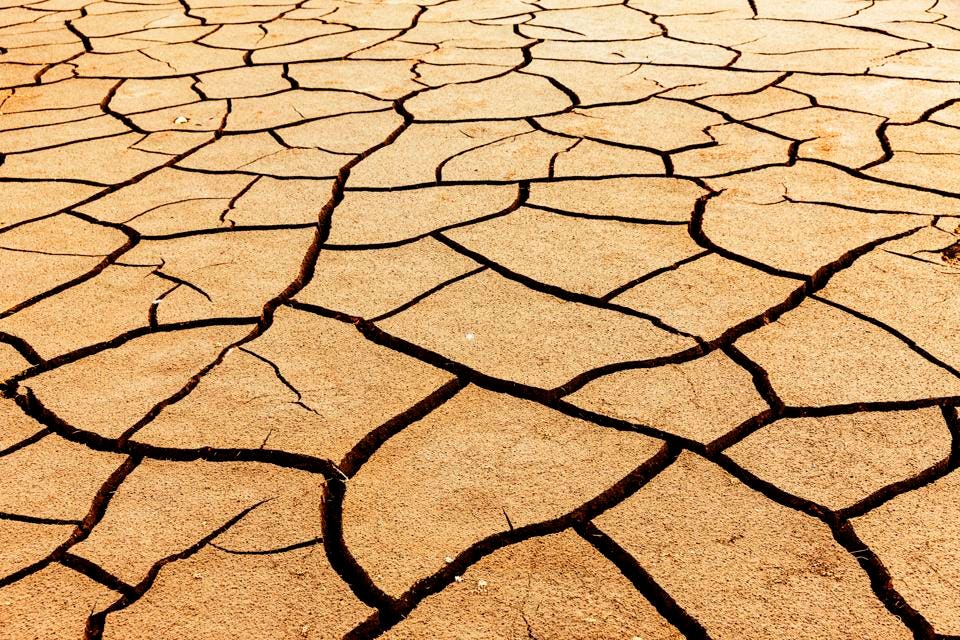 The current warming trend is of particular significance because most of it is extremely likely (greater than 95% probability) to be the result of human activity since the mid-20th century and proceeding at a rate that is unprecedented over decades to millennia. GETTY

By declaring a climate emergency, cities are adopting more powers to help curb the effects of climate change . In New York, the city council has set new carbon reduction targets for its major buildings, Sydney have added climate considerationsin any new policy or infrastructure decisions, while Shropshire Council, a rural district in the English Midlands, has committed to being carbon-neutral by 2030. In each case, these local governments have also used their declarations as a means to exert pressure on national decision-makers. There is no single definition of a climate emergency declaration, but many see it as a drive for carbon neutrality and a mandate for further political action.

France has declared #ClimateEmergency. This gained near zero attention..
Action surely matters more than words and so far the words have meant nothing. But how can we hold politicians accountable to this if no one even knows an emergency has been declared?https://t.co/YLEQmIv5zC

“We are acknowledging we are in an emergency situation. The national government needs to declare an emergency and put resources in place to enable councils to help reduce carbon emissions . It’s the first step to radical action.”

Six months after Bristol made its initial declaration, the United Kingdom became the first country to announce a climate emergency and pledged to dedicate more resources towards mitigating climate change.

In many cases, smaller political structures and more power over local policy have enabled cities to make more ambitious goals for themselves than national governments. The town of Chico in California declared a climate emergency after witnessing the most destructive wildfire in state history. Chico has pledged to eliminate all greenhouse gas emissions by the year 2030 and intends to adopt many of the resolutions outlined in the Green New Deal. Rocked by a heatwave that sent temperatures soaring to 47 degrees, Paris is the latest major city to declare a climate emergency. With major emission reduction projects already in place in the French capital, the city council has expanded its environmental plans by announcing it will open a “climate academy” geared to educating the public about the risks of climate change. 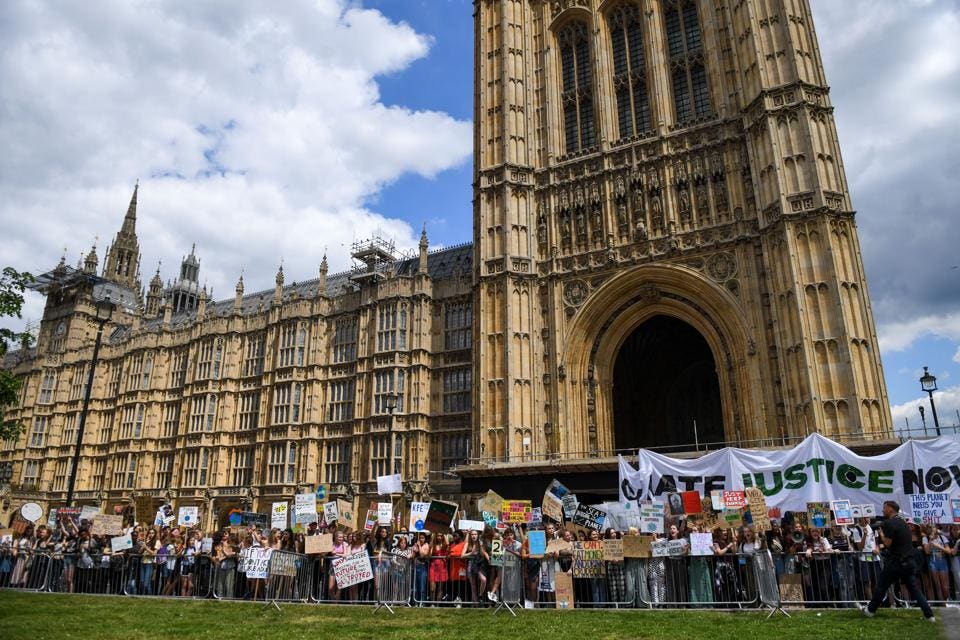 Student climate activists hold banners and shout slogans during a Fridays for Future event near the Houses of Parliament in London, U.K. Teenagers across the world have mobilized for climate action. Swedish activist Greta Thunberg said the continent’s policymakers – including environmentalists – are all failing to heed the climate crisis. © 2019 BLOOMBERG FINANCE LP

Deal or no deal

Despite a vast array of pledges and policy changes, many declarations have been made in a more symbolic way. MORE