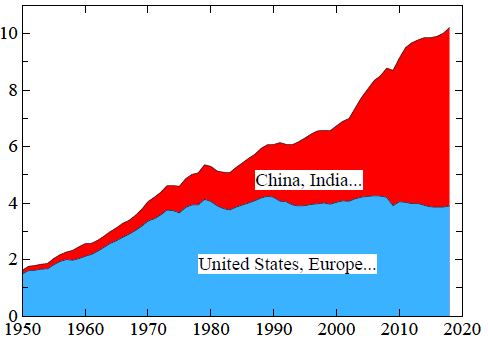 Our children must live in the real world. We cannot pretend we have fossil fuel replacements and “all that is needed is political will.” Eventually we will have energy cheaper than coal, but not today. Fossil fuels are a convenient energy source and can raise standards of living. If we are to phase down fossil fuel emissions rapidly, we must make fossil fuels pay their costs to society.

A viable strategy to rapidly phase down fossil emissions is an across-the-board (oil, gas, coal) rising carbon fee. These funds, collected from the fossil fuel companies, must be distributed, 100 per cent, to the public. Otherwise, the public will rebel, as ‘yellow vests’ demonstrated in France.

Merits of the carbon fee & dividend: it is progressive, as most low-income people get more in the dividend than they pay in increased prices. And, economists agree, it is, by far, the fastest way to phase down emissions. It stimulates the economy, creates jobs, and modernizes infrastructure.

The United States, China and the European Union are the big players on the global stage today. If, preferably, at least two of these three adopt a rising carbon fee, it can be made near-global via border duties on products from countries without such fee, and rebates to manufacturers on products shipped to countries without a fee. This would encourage most countries to have their own carbon fee, so they could collect the money themselves.

Will one of these three major players lead the way by initiating fee & dividend?

European Union: Citizens Climate Lobby, the Danish chapter, is spurring an initiative to collect one million signatures, which would force the European Parliament to vote on fee & dividend. They have a good start, 21,790 signatures, but they must get 1,000,000 by 6 May 2020.

Please visit https://citizensclimateinitiative.eu/ (add /dk for Danish version, /es for Spanish, /bg for Bulgarian, etc.) where it is possible to sign electronically – you must be European to sign.

It is hard to inform people about this one-by-one, but if enough organizations understand the carbon reality, they can get their memberships behind the ballot initiative.

Fig. 2. Cumulative per capita emissions in tons of carbon and cost of extraction in thousands of dollars per person from the air, assuming extraction cost of $123 per ton of CO2.

United States: Dan Miller and I submitted a response to a ‘Request for Information’ from the United States House of Representatives Select Committee on the Climate Crisis.

Citizens Climate Lobby in the United States now has more than 500 Chapters with more than 170,000 members. I believe that they can eventually get Congress to adopt a rising Carbon Fee & Dividend. Please consider joining CCL and adding your support to their efforts.

China: The merits of a carbon fee in China will include a huge reduction of air pollution, as well as reduction of carbon emissions. If the dividend is distributed uniformly, as in other countries, it will increase social justice. Wealthy people will lose some money, but they can afford it. The population as a whole will be glad to see the government taking action to deal with pollution and rewarding financially those citizens who make an effort to limit their carbon footprint.

The West must understand that China does not owe us any special effort. China now has the largest annual emissions, but climate change is proportional to cumulative emissions. China’s cumulative per capita emissions are far less than those of the U.S., U.K. and Germany (Fig. 2).

China’s greatest emissions are from coal burning, as they have massive energy needs for power plants and industrial heat. Their best hope to phase down those emissions is modern, safe nuclear power plants that shut down in an accident, such as an earthquake or tsunami, and require no external power to cool the nuclear fuel. Data show that nuclear power has been our safest power source, with smallest carbon footprint, but major improvements are possible. For mutual benefit, the United States and China should cooperate to develop modular reactors that would drive the price of nuclear power below that of coal (see Cao et al., Science 353, 547, 2016).

‘Blowing through our carbon budget’: Avoiding catastrophic impacts from warming gets harder as carbon emissions hit another record