The use of engineered wood in construction makes it easier to achieve carbon negative building. The use of hemp-based engineered wood [see RELATED below]  as a substitute for oak also has positive ecological and economic payoffs. 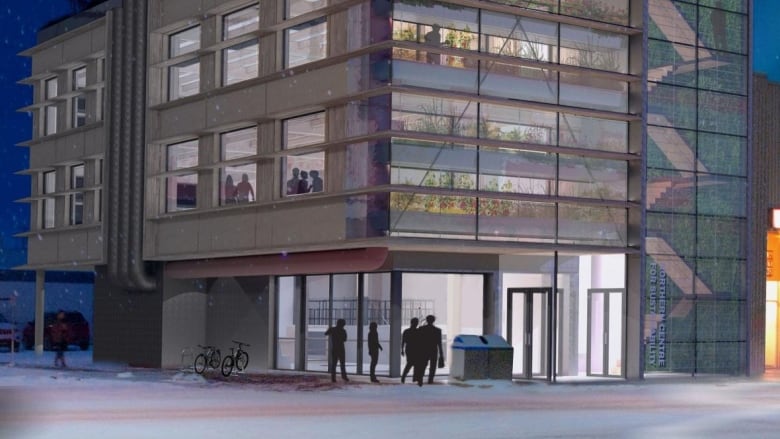 This is one architectural rendering (edited to remove a logo) of what the Northern Centre for Sustainability being planned for downtown Yellowknife could look like. (Ecology North)

Yellowknife could soon have the greenest building in the country.

That’s according to Ecology North and the Yellowknives Dene First Nation. The groups are planning a four-storey building in the city’s downtown that they say would be the first carbon negative building in Canada.

The Northern Centre for Sustainability would incorporate integrated solar panels, water recycling and make use of wood and local materials as much as possible.

The main floor of the building, which could be open for tenants as early as November 2020, is slated to hold a coffee shop and public space; the second floor will house an innovation hub for climate action and the third floor will be offices for Ecology North and the Yellowknives Dene First Nation.

Residential units are planned for the fourth storey, along with a rooftop greenhouse.

Not Just a Pipe Dream: Hemp as a Building Material