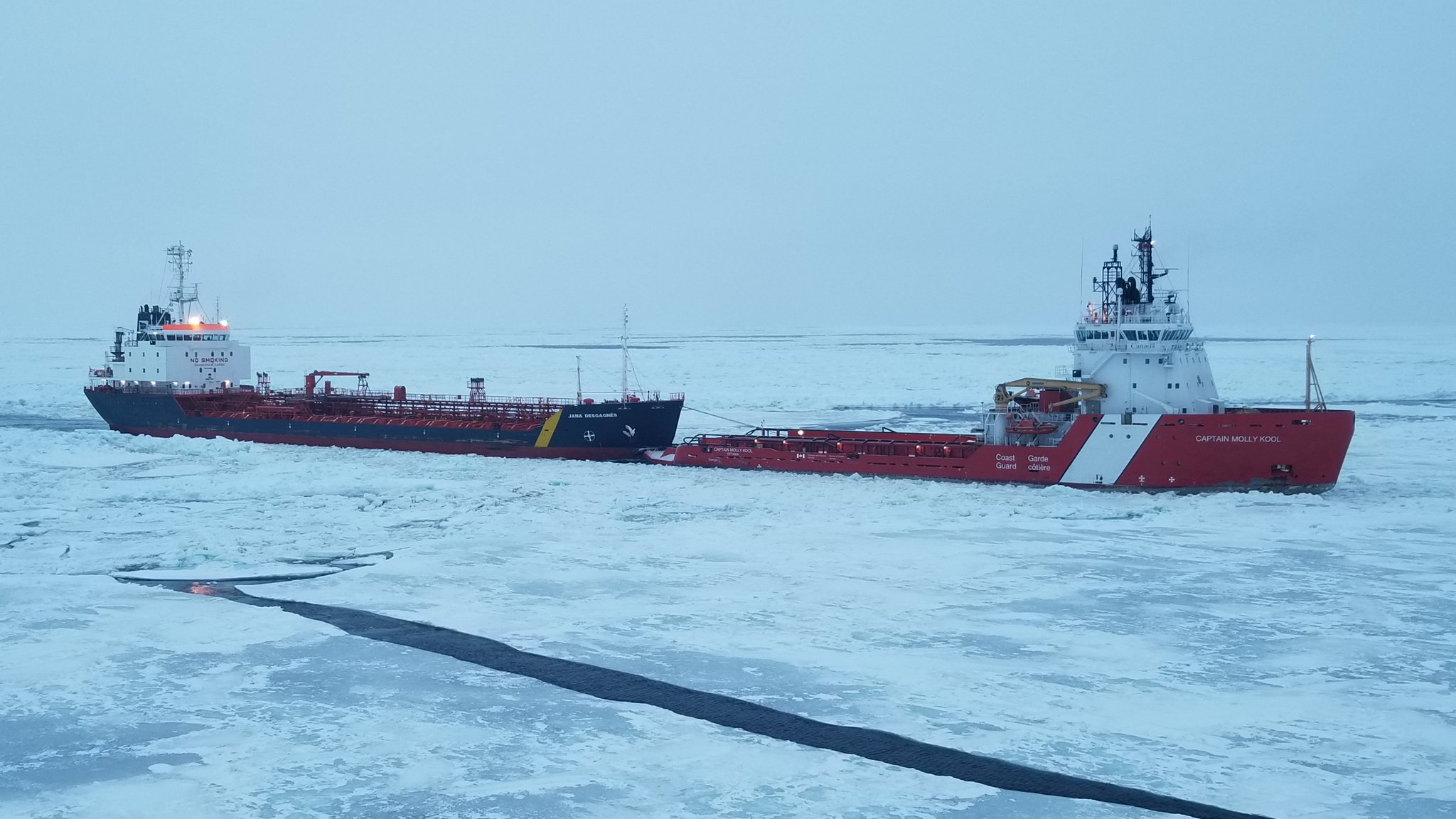 Tanker Jana Degagnes under tow by the Canadian Coast Guard on March 22, 2019 after breakdown in the Cabot Strait. Photo from the Canadian Coast Guard
Last week marked the thirtieth anniversary of the catastrophic Exxon Valdez oil spill. As director of the largest, local conservation group in Alaska back then, my life was immediately overtaken by trying to compel response to the spill, manage clean-up of oiled marine life, and search for long term policy fixes.

Typically, this anniversary is a time when I reflect on how far we’ve come and how far we have yet to go to protect the safety of our seas and mariners, especially in northern waters.

But, instead I was transfixed by a narrowly averted disaster as the disabled Viking Sky cruise ship rolled in heavy seas off the coast of Norway. With over 1,300 passengers and crew at risk, a dramatic rescue was launched, lifting close to five hundred passengers one-by-one from the foundering ship to a helicopter battling strong winds. Nine crew members of a nearby cargo ship also had to be plucked from the sea when they were forced to abandon ship in the extreme conditions.

At the same time last week, the Canadian Coast Guard had to dispatch two icebreakers to assist a tanker loaded with 8,000 tons of oil products. The tanker had lost its steering after its rudder was damaged by heavy ice in Cabot Strait off the southwest coast of Newfoundland and Labrador.

In both cases passengers and the marine environment got lucky. Response equipment was in the area. No one killed, no fuel spilled.

But with Arctic ship traffic on the increase, we can’t afford to rely on luck. MORE