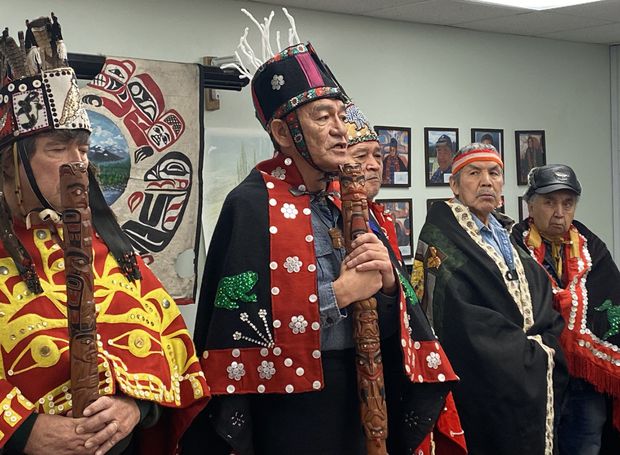 Na’moks, centre, a spokesman for the Wet’suwet’en hereditary chiefs, speaks during a news conference in Smithers, B.C., on Jan. 7, 2020. The order stamped Tuesday by the B.C. Supreme Court registry addresses members of the Wet’suwet’en Nation and supporters who say the project has no authority without consent from the five hereditary clan chiefs.

A natural gas pipeline company has posted an injunction order giving opponents 72 hours to clear the way toward its work site in northern British Columbia, although the company says its focus remains finding a peaceful resolution that avoids enforcement.

The order stamped Tuesday by the B.C. Supreme Court registry addresses members of the Wet’suwet’en Nation and supporters who say the Coastal GasLink project has no authority without consent from the five hereditary clan chiefs.

It comes one year after the RCMP’s enforcement of a similar injunction along the same road sparked rallies across Canada in support of Indigenous rights and raised questions about land claims.

The order requires the defendants to remove any obstructions including cabins and gates on any roads, bridges or work sites the company has been authorized to use.

If they don’t remove the obstructions themselves, the court says the company is at liberty to remove them.

It gives authorization to the RCMP to arrest and remove anyone police have “reasonable or probable grounds” to believe has knowledge of the order and is contravening it.

“The police retain discretion as to timing and manner of enforcement of this order,” it says.

Coastal GasLink, however, says posting the order was procedural and the company has no plans to request police action.

The B.C. Supreme Court granted an injunction to Coastal GasLink on Dec. 31. The order stamped Tuesday provides details of the court injunction.

Obstructing access was already prohibited under the previous orders and they also included enforcement provisions.

“We continue to believe that dialogue is preferable to confrontation while engagement and a negotiated resolution remain possible,” Wilton said in an email.

The company declined an interview request.

The order does not apply to a metal gate on the west side of a bridge outside the Unist’ot’en camp, unless it is used to prevent or impede the workers’ access.

Hereditary chiefs negotiated last year with the RCMP for the gate to remain outside the camp, which is home to some members of one of the First Nation’s 13 house groups, so long as it would not be used to prevent workers from accessing the work site.

Fourteen people were arrested by police officers at a checkpoint constructed along the road leading to both the Unist’ot’en camp and the Coastal GasLink work site on Jan. 7, 2019.

The company has signed agreements with all 20 elected First Nation councils along the 670-kilometre pipeline route, but the five Wet’suwet’en hereditary clan chiefs say no one can access the land without their consent.

The pipeline is part of the $40-billion LNG Canada project that will export Canadian natural gas to Asian markets.

Coastal GasLink shared photos Tuesday of what it says are more than 100 trees that have been felled across the logging road.

The RCMP said its officers came across the fallen trees on Monday as they were conducting regular safety patrols along the Morice West Forest Service Road. In a statement, the RCMP said some trees along the road are a safety hazard because they were partly cut and the wind could cause them to fall without warning.

The RCMP say the hereditary chiefs were advised of what was found and have been told police are conducting a criminal investigation over traps that are likely to cause bodily harm.

“We want to emphasize that we are impartial in this dispute and our priority is to facilitate a dialogue between the various stakeholders involved,” the Mounties said. “We remain hopeful that these efforts will result in a resolution.”

At a news conference Tuesday, hereditary chief Na’moks called for construction to cease and for the B.C. government to revoke the company’s permits.

He said the Wet’suwet’en felled the trees to protect their own safety.

Members of the Gidimt’en, one of five Wet’suwet’en clans, and supporters reoccupied the area along the logging road in April near the site where the injunction was enforced last year.

Jen Wickham says her fellow members are concerned that it could be enforced before the 72 hours is up, since a previous injunction was already in place.

Lawyer Michael Lee Ross, who represents the Wet’suwet’en members named in the injunction, said once the new injunction order was stamped, the previous one became a historic document.

However, he said the RCMP could step in at any time if they find reason to.

Ross said his clients are discussing a possible appeal of the order.

“A challenge of an order is normally a challenge of the legal basis on which the order is grounded. So that is one of the avenues that is still open to them,” he said Wednesday. 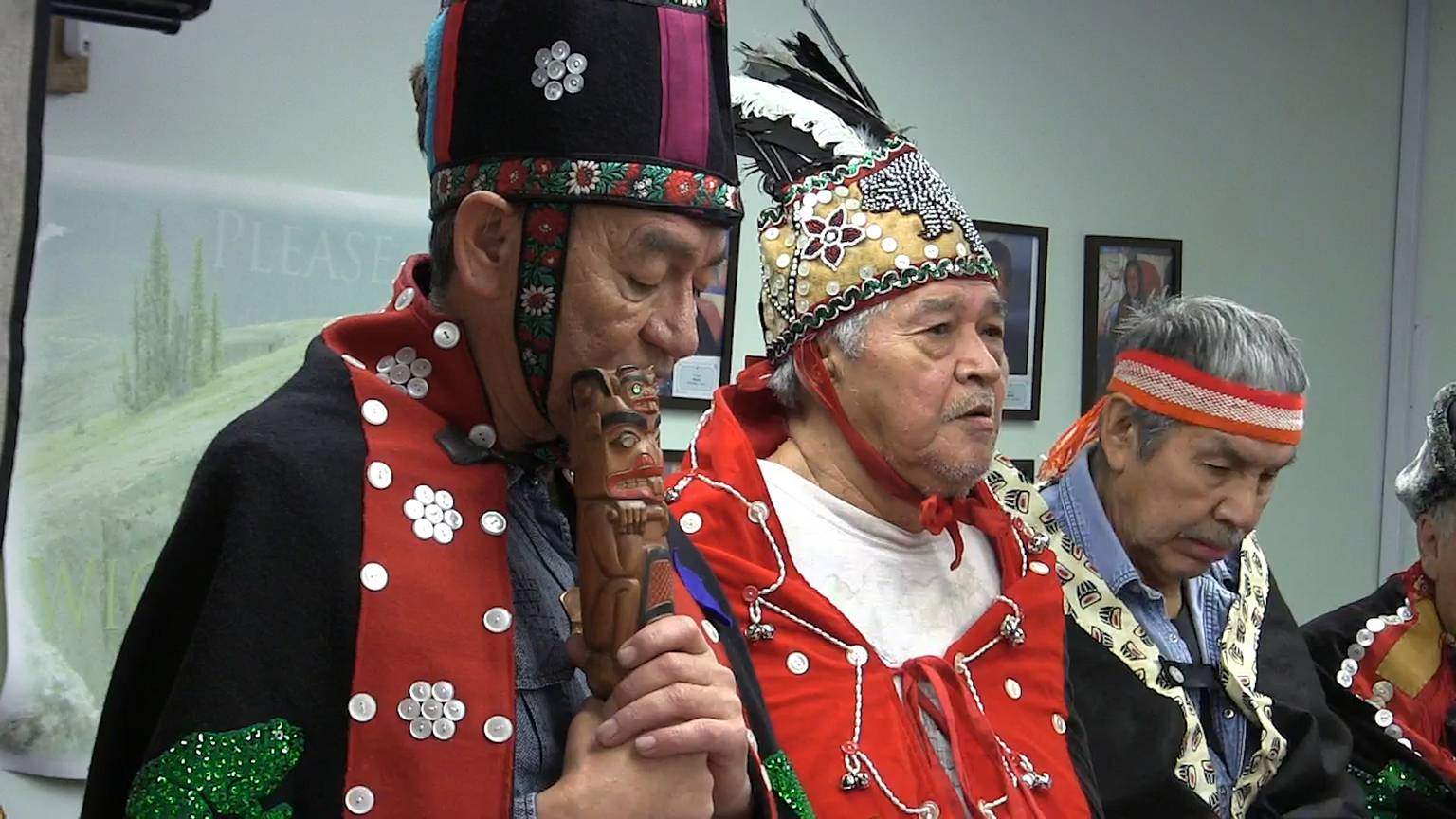 Wet’suwet’en hereditary chiefs held a press conference calling for construction to cease and for permits to be suspended on the Coastal GasLink pipeline. Spokesman Na’moks says the First Nation won’t meet with industry representatives, only “decision makers” like the provincial and federal governments.

Police stand outside the Maple Ridge homeless camp known as Anita’s Place on Sunday, where the city was enforcing a court injunction.

Ridge Meadows RCMP said in a release officers made the arrests as Maple Ridge fire department officials and bylaw officers entered the Anita Place encampment on Sunday to enforce the injunction granted earlier this month.

Officials say they were concerned about propane heaters and stoves posing a fire hazard when used in or near tightly spaced tents.

Pivot said in a news release Monday that some of its members witnessed the enforcement and both city officials and RCMP contravened the injunction order.  MORE