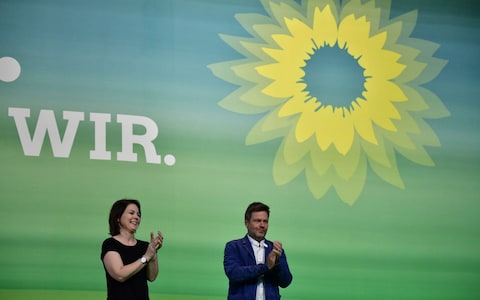 Robert Habeck (R) and Annalena Baerbock, co-leaders of the German Green Party, at a rally in Leipzig in November  CREDIT: TOBIAS SCHWARZ/ AFP

Angela Merkel’s successor as leader of Germany’s ruling Christian Democrats (CDU) party is under growing pressure after polls showed the Green party has forced it into second place in the polls.

Three polls published in three days this week showed the Greens pulling ahead of the CDU, making them Germany’s most popular party for the first time since they were founded.

The last poll, published on Saturday, put the Greens four points ahead of the CDU on 27 percent, marking a historical low for the traditional governing party of German politics.

Germany’s Greens have been enjoying a surge in popularity recently and overtook the Social Democrats, their main left-wing rivals, earlier this year.

The environmentalist party’s success has came as concern about climate change, biodiversity and plastic waste surged to the forefront of political debate over the last year. 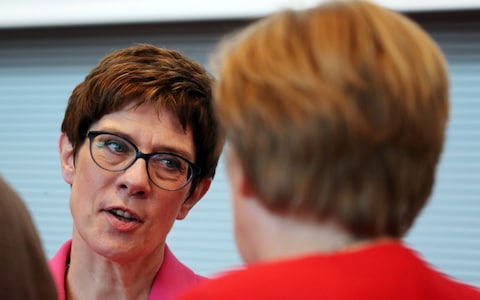 CDU-leader Annegret Kramp-Karrenbauer, left, has faced criticism as the party falls behind the Greens CREDIT:  REX/ANNEGRET KRAMP-KARRENBAUER, LEFT, TOOK OVER FROM ANGELA MERKEL AS HEAD OF THE CDU IN DECEMBER