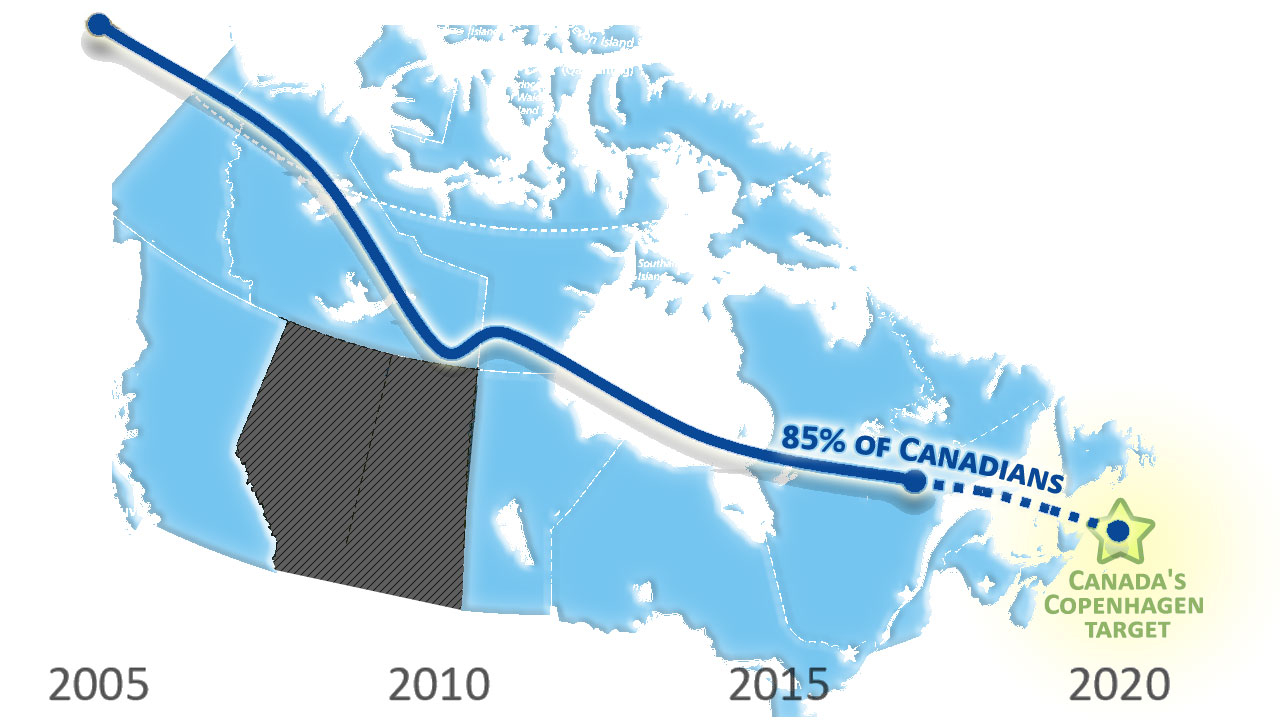 Provinces and territories in blue are home to 85 per cent of Canadians and on track to meet our climate target. Illustration by Barry Saxifrage, base map by E Pluribus Anthony

There’s some very good news about Canada’s progress in meeting its climate targets.

A decade ago, Canada pledged a climate target for 2020 as part of the global Copenhagen Accord. That’s coming due next year.

So how are we doing?

To illustrate, I’ve dug into Canada’s latest emissions inventory and created a series of charts below. 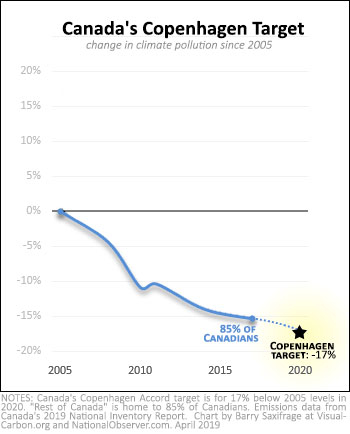 My first chart shows how close most of Canada has come to our target.

See the star highlighted in yellow? That’s Canada’s Copenhagen Accord target, set by the Harper government. It calls for a 17 per cent cut in climate pollution below 2005 levels.

The blue line shows that the combined emissions from all but two provinces are on pace to match the target. The provinces and territories in this blue line group are home to 85 per cent of Canadians.

The solid blue line marks the historical emissions reported so far. The dotted blue line shows government projections for 2020, based on current and proposed policies. 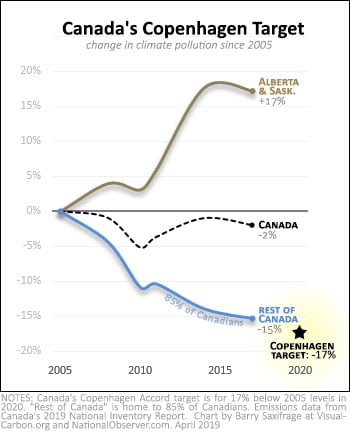 Unfortunately, the good news story turns sour when we include the two remaining provinces — Alberta and Saskatchewan.

Those provinces increased their pollution by 17 per cent.

As the next chart shows, this has erased nearly all the climate progress made by the rest of Canada.

The dashed black line shows Canada’s overall result — just a two per cent reduction. At the rate we are going we will arrive at our Copenhagen Accord target a century too late.

Sadly, as a country overall, we aren’t anywhere close to doing what needs to be done.

My next chart let’s you see what happened at the provincial level. 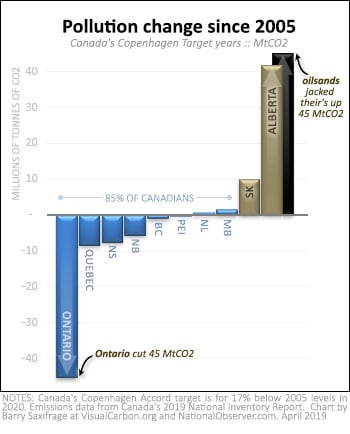 Each province has its own bar showing how many megatonnes of emissions (MtCO2) they’ve added or cut.

The second big story is Alberta increasing pollution by 42 MtCO2. Alberta effectively erased the climate progress made by Ontario. And the towering black bar reveals the culprit — surging pollution from the oilsands industry.

The Canadian shuffle of “one step forward, one step back” was also repeated on a smaller scale. Saskatchewan increased its pollution by 10 MtCO2, erasing the climate progress made by Quebec and B.C..

One step forward, one step back. That’s why we’re not reducing climate pollution as a country. MORE